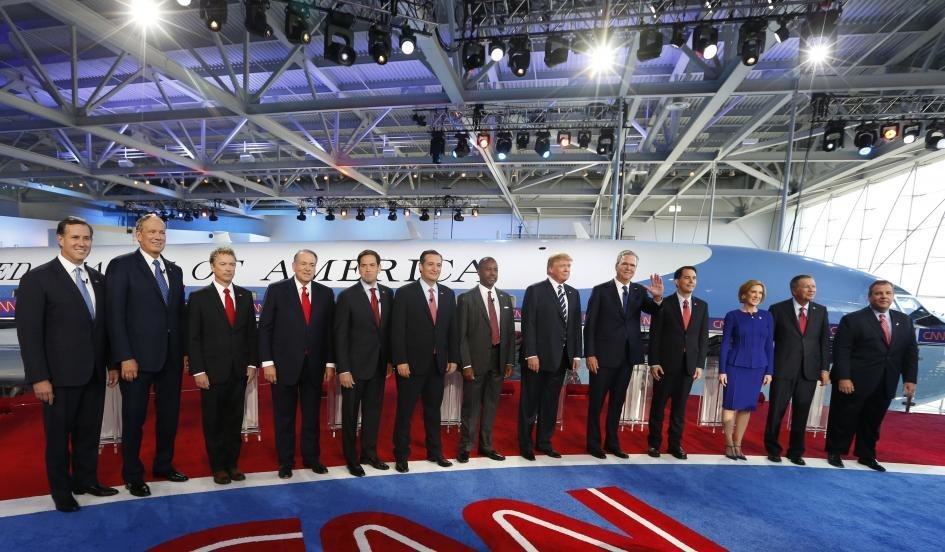 The first votes won’t be cast until Feb. 1, but both parties are already deep in the process of selecting their eventual presidential nominee. Republican and Democratic candidates have already participated in several debates, with about ten more scheduled through March of 2016.

While there are no more debates taking place this month, both parties are scheduled to hold one in the middle of December.

The Republican candidates will join one another on stage Dec. 15 in Las Vegas, where the event will be hosted on CNN in partnership with Salem Radio. As with previous debates this cycle, CNN will likely be making it available to stream for free on their home page.

Unlike previous debates, which only took into account national polling numbers when deciding which candidates will appear on the main stage, CNN will also consider early-state polling strength. Candidates polling at 4% or better in either Iowa or New Hampshire will now qualify, regardless of national standing. Candidates polling at 3.5% or higher nationally will also qualify, as before.

It will be the fifth debate of the cycle for the GOP field of candidates.

The next Democratic presidential debate takes place four days later on Dec. 19 in Manchester, New Hampshire. The event will be carried by ABC and local affiliate WMUR. Unfortunately it’s not clear whether the debate will be available to stream online without a cable subscription.

The Democrats that will appear on stage — provided none drop out of the race between now and then — are former Secretary of State and front-runner Hillary Clinton, former Maryland Gov. Martin O’Malley and Vermont Senator Bernie Sanders.

Debates provide candidates a critical opportunity to get their message out to primary voters in their respective parties. A well received debate performance can elevate a candidate’s profile among rank-and-file party members and may even lead to a bump in support, while a poor showing can be fatal for a campaign attempting to gain momentum.

On the Democratic side Hillary Clinton remains the favorite to secure the nomination, leading nearest rival Bernie Sanders by more than 20 points nationally, according to the Real Clear Politics average of polls. Clinton also maintains an eclipsing lead in the so-called endorsement primary, having currently received about 99% of all endorsements issued by an elected Democratic official this cycle.

A full schedule of this cycle’s previous and upcoming debates is available at the Washington Post’s website.