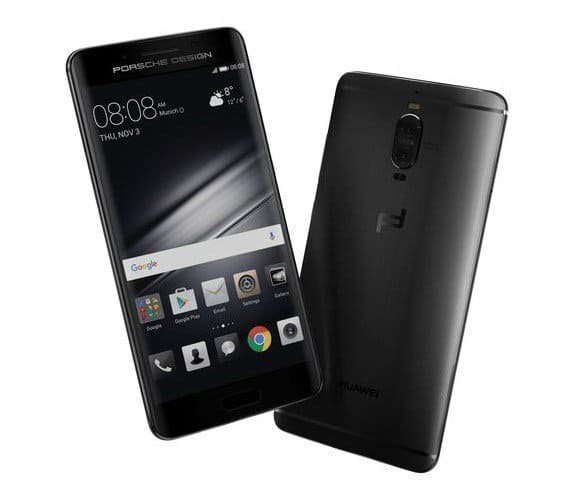 Huawei, the top third smartphone manufacturer in the world, recently launched the regular Huawei Mate 9. I say “regular” because, on the same day, Huawei surprisingly released the Porsche Design Mate 9. It is a curvy, and most powerful luxurious flagship device sporting the Porsche Design. The smartphone is not only a representation of luxury but also a symbol of technology and design at its pinnacle.

The phone touts the luxurious and prominent Porsche branding on the front and back. Its curved front design goes well with the jet-black anodized aluminum rear. The flagship device is powered by the latest Kirin 960 processor along with 6GB RAM and 256 GB internal storage.

The device has a comparatively smaller 5.5 inch QHD AMOLED display. It has the most powerful batteries of 4,000mAh capacity. Even if Huawei has not been touting of the modern Porsche design, the phone is a show stealer. We would have certainly turned around to look at the flagship device “ridiculously” loaded with high-end specs.

Huawei is known for its strategic association with huge Western brands including the Leica and Swarovski. The sudden release of the Porsche Design Huawei Mate 9 alongside the regular Mate 9 came as a surprise from nowhere. However, the two companies have been working hand-in-hand for over three years.

Joon-Suh Kim and Roland Heiler the Chief Design Officer of Huawei CBG and Porsche respectively spoke in an interview. Heller expressed “I don’t even know anymore exactly how it happened.” He added, “We were looking for a partner, and Huawei was in a mood of co-operation.”

Most of us would opt the affordable and larger 5.9 inches Huawei Mate 9 though only 1080p resolution. The memory is also only 4 GB RAM and 64 GB internal storage. The fingerprint scanner unlike the Porsche Mate 9 will be at the rear-side.

The Huawei Mate 9 Pro and The Porsche Design Mate 9

The Three Options Before You

We are yet to know if the Mate 9 Pro will come outside China. Huawei will launch the Porsche Design Huawei Mate 9 in Europe in December 2016. The phone will be globally available from January 2017, except in the US. It will indeed be a classy combination to boast two luxurious brands in one smartphone!