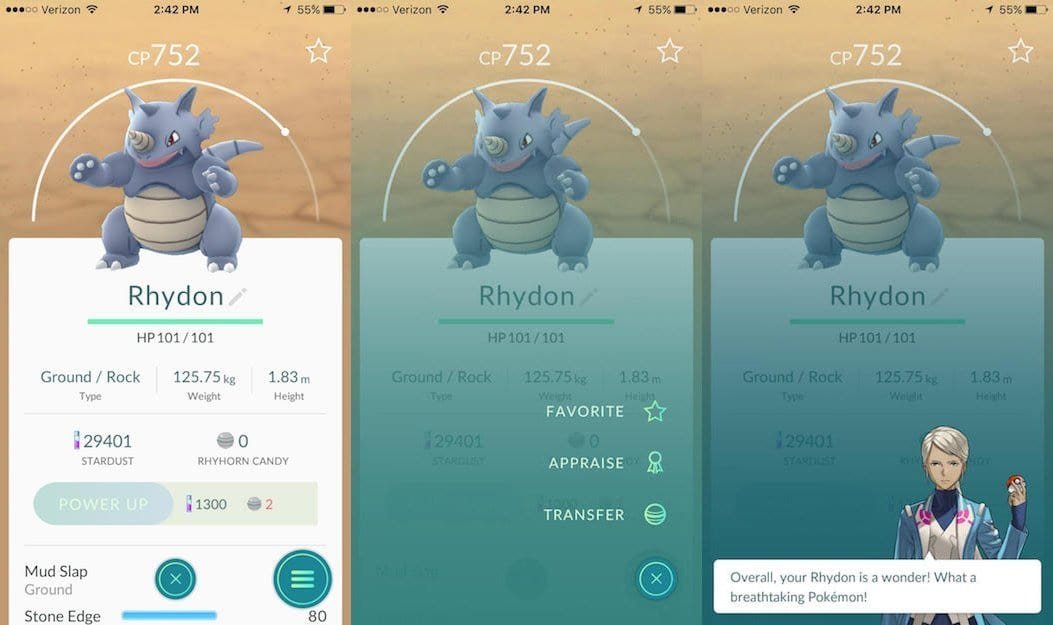 Another Pokemon GO update is here and surprisingly, this one has nothing to do with addressing bugs or resolving server issues. It is a brand new feature that allows players to ask their team leaders anything about the power, the attack and defence capabilities of any Pokemon in their possession.

While Pokemon GO players will find this feature helpful, it is not clearly explained and if you don’t know where to look, chances are you won’t find it.

Well, we’re here to walk you through the process.

But first get the latest Pokemon Go update on your phone.

Pokemon GO Update – How To Get Your Pokemon Appraised?

At least not at a gym! That means the new Pokemon GO update eliminates the need for you to waste time looking for a gym.

You will also find out what size the Pokemon is, whether it is large or tiny. Knowing the size can be helpful as there are some achievements for capturing small Pokemon.

Now that you have your Pokemon appraised, what does it mean to you? How are you going to use the information you received from your team leader?

Shortly after the Pokemon GO update rolled out, smart Pokemon GO players have begun decoding the messages from the team leaders. They came to the conclusion that the information can actually be used to decipher the Individual Value (IV) of your Pokemon.

A Reddit user ‘ygorwr’ has all the answers for you in the following image:

Once you download the Pokemon GO update, you can use the new Pokemon GO Appraisal feature to converse with your team leaders and find out how many really strong Pokemon you managed to capture.