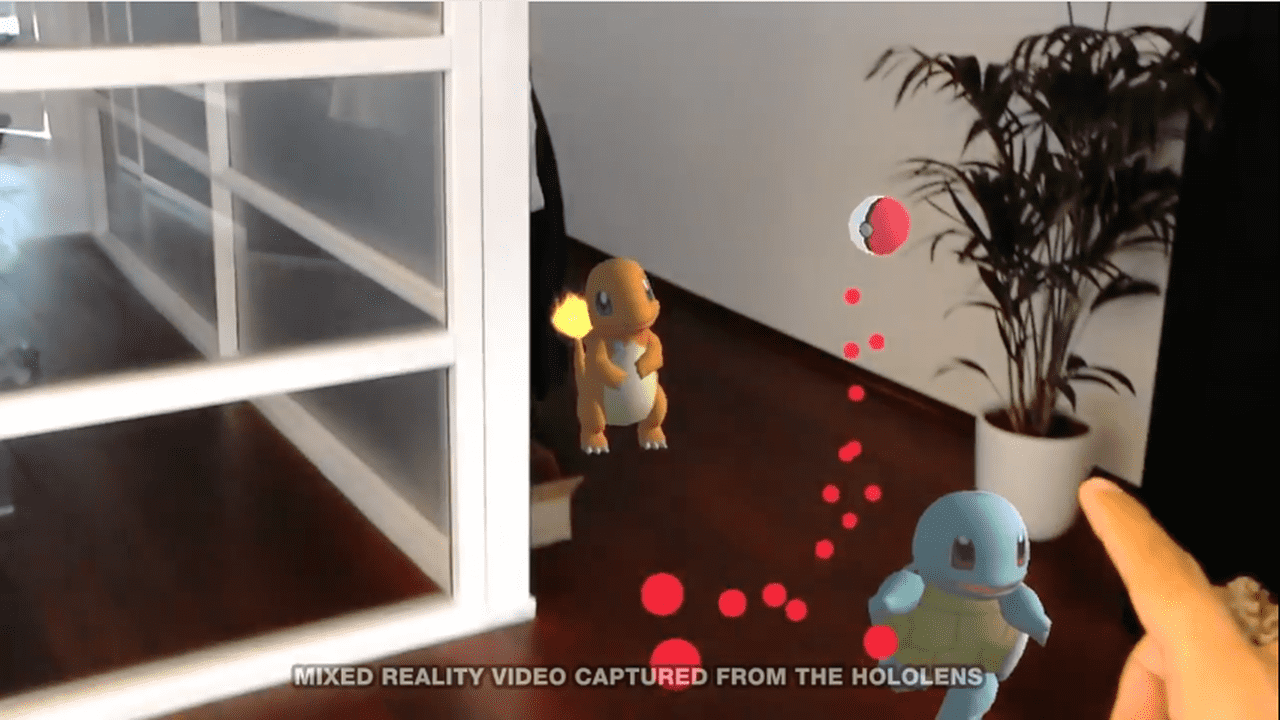 A group of developers have managed to make a playable concept version of Pokemon Go for the Microsoft HoloLens. And they have posted a video showing the game running on HoloLens.

CapitolaVR is a company hauling from Amsterdam and they’re a VR development studio. They thought it would be a good idea to find out what Pokemon GO would look like on a mixed reality headset. And it was, indeed, a very good idea.

The version of Pokemon GO built by the team is different from the iOS and Android counterparts. It was developed just for testing purposes, but is playable. In a demo video, the player throws Pokeballs using a hand gesture, to capture Pikachu, Charmander, and the likes. David Robustelli, Head of Digital at CapitolaVR, stated;

We were actually amazed how easy it is to launch an app for this device and create and optimize the mechanics and interaction. The build was created in Unity with the HoloLens SDK.

Pokemon GO has been a huge success for Nintendo, Niantic, and The Pokemon Company. The game is being played all over the world, and while it may not be an actual AR game, it’s still nice to see a Pokemon chilling in your bed, or on your couch, or in the streets.

Niantic CEO John Hanke also said in an interview that the game could be available for the Microsoft HoloLens and Google Glass, in the future. If that ever happens, and it looks like it might, the game would be amazing to play. Watch the demo below;

As you can see, catching Pokemon using a HoloLens sure looks awesome. However, the game the company created is very basic. The Pokemon are generated randomly and it is all mapped. The company will work on adding new gestures for checking inventory, zooming in and out of the map, and more.

Playing Pokemon GO on HoloLens would mean that you won’t have to look down at your smartphone to see Pokemon. They would simply appear in your natural field of vision and you can throw a Pokeball to catch them. Of course, you’d have to be wearing the bulky headset and walk on the road, but that’s apparently the future.

The game developed by CapitolaVR is just for the demo and will not be available for the public. Heck, people like you and me will probably not spend $3000 on a Microsoft HoloLens headset anyway.

Another company called Koder has also developed a concept Pokemon GO game for the HoloLens. However, in this version, the action takes place outdoors, and looks much more fun.

This demo doesn’t provide a way to catch the Pokemon using Pokeballs, but that can be added to the game anytime. To be fair, this version of the game was built by two people over a period of 2 days.

Augemented/Mixed Reality is the next big thing after Virtual Reality. Imagine seeing Pokemon running around in the real world, and not through the camera of your smartphone.

Microsoft CEO Satya Nadella also believes that Pokemon GO would be huge for the advancement of HoloLens.

What do you think of this demo? Would you like to play Pokemon GO on HoloLens?