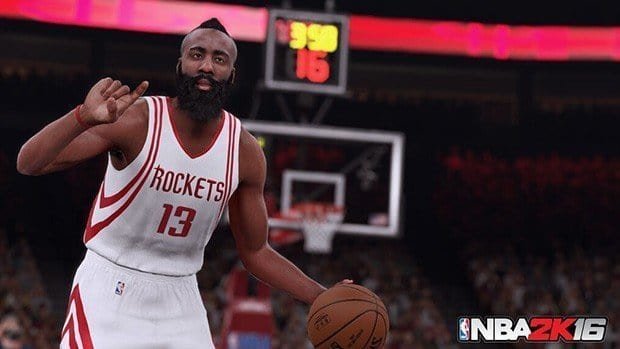 Play NBA 2K16 For Free on Xbox One This Weekend

Basketball fans love the NBA 2k series of simulator games. Xbox is letting Xbox Live Gold members play the latest NBA 2K16 for free on the Xbox One. This is only for the weekend starting November 20-22.

Yes, you heard that right. If you haven’t purchased NBA 2K16, but have been wanting to try the game out, then you’re in luck. Those with an Xbox Live Gold membership can play NBA 2K16 for free this weekend on their Xbox One.

NBA 2K16 is a super popular game among basketball enthusiasts. The latest edition features a 2K Pro-Am game mode, 12 legendary teams, customisable tournaments and a lot more. The entire game is available to play for free thanks to Xbox Live Gold’s Free Play Days. All the modes, all the teams and all available customisation features.

Apart from being free, Xbox will also slash pricing on the game and you’ll be able to buy it for a discount. Since you’ll be playing using your Xbox One, you can continue playing from where you left off, after purchasing the game.

One of the best features of NBA 2K16 is its super immersive career mode. The 2K16 MyCareer mode lets you create your own player and enjoy the journey from high school to the courts of the NBA. The career mode was written and directed by Spike Lee. The game has received high and positive reviews from almost all game websites.

2K Games, the developer of the game, managed to sell over 4 million units of the game in the first week of release. The game is available for PlayStation 4/3, Xbox One and 360, PC, Android and iOS. This is the 17th installment in the NBA 2k series.

Xbox Live Gold members can play NBA 2k16 for free starting 9 AM PT on November 20 to 11:59 PT on November 22. Make the best of this, shoot the hoops and have a good time.