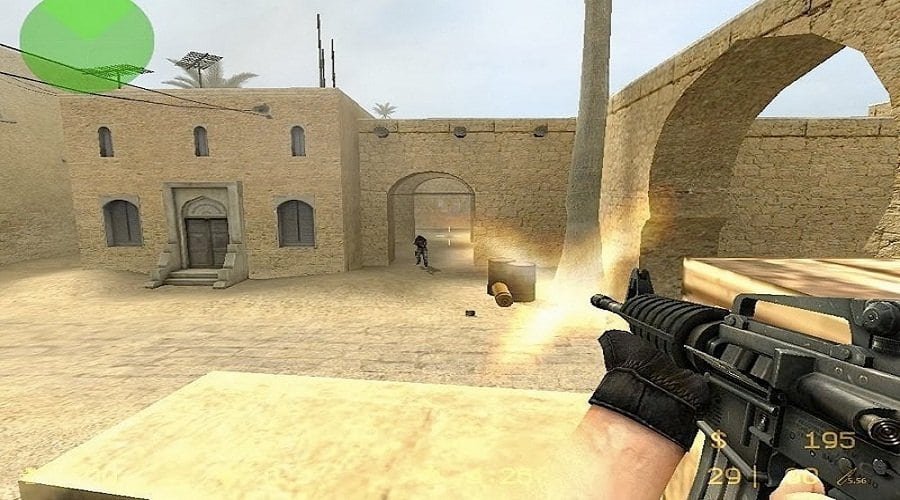 You Can Play Counter Strike on your Android Smartwatch

Until now you’ve been measuring steps, tracking runs, counting calories, monitoring sleep and a whole lot more using your smart devices. But have you ever tried playing Counter Strike on your Android smartwatch? While that’s something you may never have thought of, it’s certainly fun finding out what your smartwatch is capable of.

Dave Bennett, who is in the habit of doing things others don’t think of, did just that. One of his latest videos showed him playing the highly popular 3D-graphics intensive first-person shooter game, Counter Strike. on his LG G Watch. This is the same game that was originally played on a powerful PC when it was launched in 2000. Today we have someone playing it on an Android smartwatch.

For obvious reasons like the tiny display, we can’t glorify the experience of playing Counter Strike on an Android smartwatch, but it’s certainly fun and interesting when you look at it as a technological achievement. It’s heartening to know that smartwatches of today are as powerful as PCs in 2000. Tells us how technology is advancing.

Bennett played Counter Strike on an old smartwatch with a rectangular screen, so there’s a considerable lag during the play. It would be interesting to see what happens when this game is played on the latest Android smartwatch. But then the latest smartwatches have round displays, which could make it difficult to play.

Dave Bennett says that he played the old school original counter strike game from the late 90s and not the latest Counter Strike Global Offensive with the Source Engine.

Xash3D is the app that was used to play Counter Strike on his Android smartwatch.

He also said that there are a couple of servers still running the original Counter Strike game, making it also possible to play multiplayer.

According to David, you’ll need: Original Counter Strike 1.6, Xash3D app, Android CSClient – to play the game on your smartwatch.

Click here for instructions from Dave Bennett on how to play Counter Strike on your Android smartwatch.