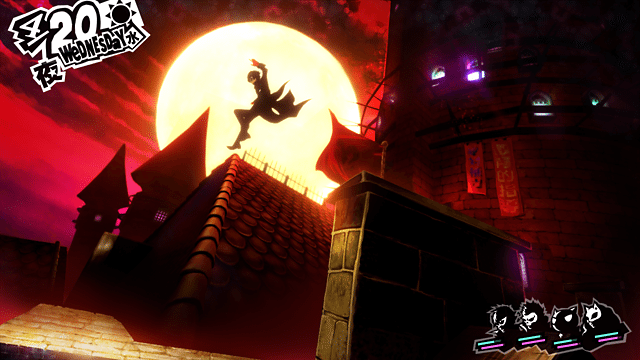 Persona 5 plot details are finally revealed by Atlus! In addition to that, the developer surprised us with couple of new info about characters as well. Good news is that Persona 5 will take a new direction considering the narrative. This new approach is easily summarized. “Active, not reactive!”

Persona 5 director Katsura Hashino said that characters will share the feeling of no place in the society and alienation which will bring them together after discovering the device which will allow them to enter another world and steal the hearts of other people. Characters will form a secret group named “Phantom Thieves” and start getting to know themselves and each other through many moral dilemmas and difficult situations.

Persona 5 starts in April, the first day of school, when Ryuiji meets the protagonist whos name is still not revealed, by it is revealed that it will be silent type of guy, very similar to earlier Persona protagonists. Ann will be very distinctive from other characters and draw attention. Yusuke will be an artistic type, while the cat, Morgana, will look as a naive mascot of this weird group of people, but, as legends tell us, cats have strong connections with “other side of life”.

So, Atlus decided to take another spin with the story – instead of getting drawn into the game and grand conflict around it, players will uncover it piece by piece, while each of the characters will discover their own identities and potential ways to reform society as they see fit. This is a major change from earlier iterations of Persona series.

Persona 5 developer team said that they want to evade one-dimensional group of teens who want to be superheroes by night, and regular high-schoolers by day.

Persona 5 is set for release on PS3 and PS4 in Japan sometimes during summer 2016.