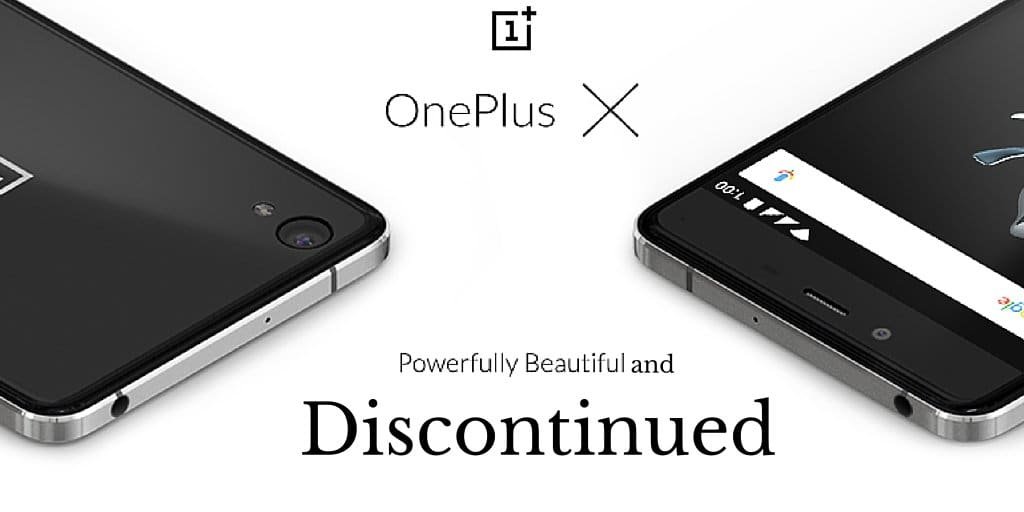 OnePlus X Discontinued: Smartphone Out of Stock in Most Countries

The mid-range smartphone from OnePlus, the OnePlus X, is on the verge of extinction as it will soon be discontinued as stocks run out.

After just 8 months of being on sale, the mid-range smartphone will soon be discontinued as stocks of the device are depleting. According to the Chinese manufacturer, they will not be replenishing the stock once all units are sold. This is what everyone assumed when OnePlus sent the following email to those who ordered the OnePlus X recently. 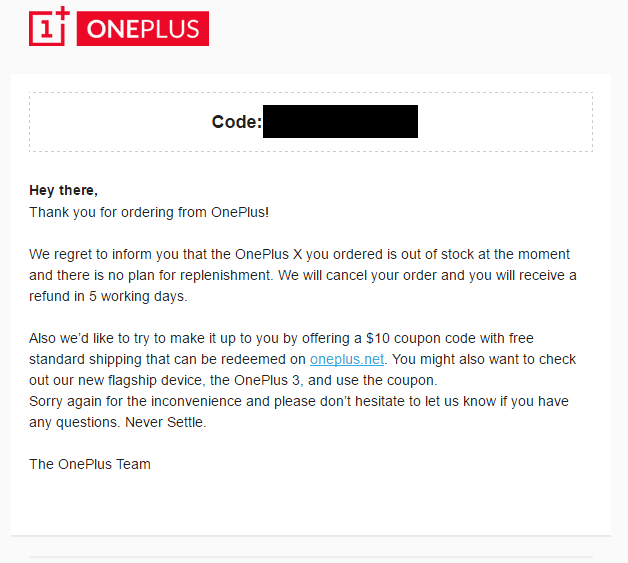 The email said that the smartphone is out of stock and that it won’t be replenished. However, it’s not as bad as it seems, at least for now.

OnePlus contacted Android Authority and cleared the air on the subject. They stated that the Champagne version of the OnePlus X is out of stock and will not be coming back. The Onyx and Ceramic are still in stock, although the numbers are limited.

As of now, most people who’re trying to buy the Champagne version of the device are being sent the above email. A full refund and an additional $10 coupon code is being sent to the buyer. The company is also recommending that they check out the new OnePlus 3.

To make things crystal clear, the OnePlus X will be discontinued, but not just yet. As long as the stocks of the Onyx and Ceramic versions is available, you can still purchase one. Most online stores are still showing the device as out of stock, but the Ceramic version is still in stock. Buy one before the stocks run out, as we don’t really know when they’ll be back in stock.

CEO Pete Lau had recently announced that there will be no OnePlus X2, and that the X line-up will be phased out. Although, we did not expect that to happen less than one year after launch. The company will only be focusing on high-end smartphones henceforth.

The OnePlus X is a good budget smartphone, it has a 1080p 5 inch display, Snapdragon 801 processor, 3GB of RAM, a 13 megapixel rear camera, and a 2525mAh battery. It’s a great little phone if you’re not into smartphones with bigger displays.