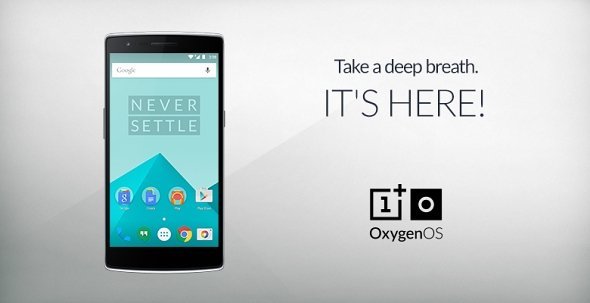 There’s a new OnePlus One software update available for download now. The first smartphone from OnePlus has received the OxygenOS 2.1.4 update.

After what seems like ages, the OnePlus One has been given some much needed attention. Users of the very first OnePlus smartphone have been waiting for an update to fix all the bugs. Ever since Cyanogen and OnePlus split apart, there hasn’t been any new updates for the One.

The latest OxygenOS update is not available as an Over the Air update. Instead, you will have to flash the ROM manually. This is because the OnePlus One is running CyanogenOS, which is no longer supported by OnePlus.

Several users have been reporting bugs with the last update on the OnePlus One, most of which should be fixed in the OxygenOS update. You also get plenty of new features in the new 2.1.4 update. However, not all the features that are present in OnePlus 2, have made it to the One.

Since the OnePlus One lacks a hardware fingerprint scanner, there’s no support for fingerprint API. There’s also no manual camera mode, RAW support, MaxxAudio software and other apps. It also lacks the screen temperature slider that’s present in the OnePlus 2.

OxygenOS 2.1.4 brings a clean user interface to the OnePlus One, similar to how it is in the OnePlus 2. There’s almost no bloatware at all, which makes the software very responsive and smooth. The update includes the Dark Mode feature, custom icon packs and individual app permissions. You also get gestures from the OnePlus 2, such as double tap to wake.

As mentioned earlier, the OxygenOS 2.1.4 update will have to be installed manually, since this is a community project. You’re going to have to download the update and then flash using a recovery on your OnePlus One. The smartphone has to be unlocked and rooted first, so make sure all that is done before trying to flash this update.

Download link for the OnePlus One software update is available on the website. If you’re not sure how to do this, instructions for both Windows and Mac users are available here.