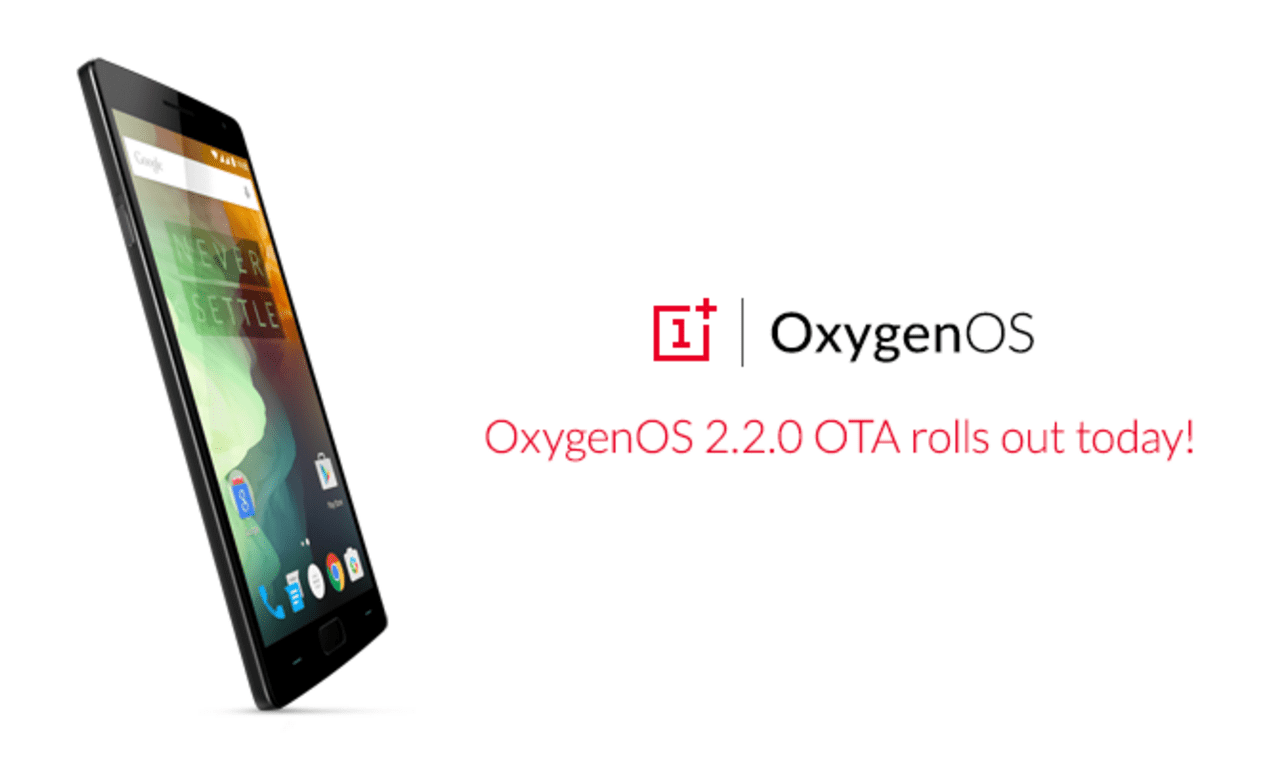 The OnePlus 2 is a very popular and powerful smartphone from OnePlus and it beats devices that are two to three times more expensive. It runs a forked version of Android called Oxygen OS, but provides a very stock Android experience. The OnePlus 2 still runs Android 5.1.1 and users are eagerly waiting for the Android 6.0 update.

The update features several bug fixes that have been frustrating OnePlus 2 users around the world. The Oxygen OS is great, but it does have a lot of bugs. Thankfully, OnePlus keeps releasing new updates on a regular basis to keep things running smoothly.

So there you go, the OnePlus 2 Oxygen OS update version 2.2.0. OnePlus has stated that the update is rolling out slowly, so it might take a day or two for you to see the notification.