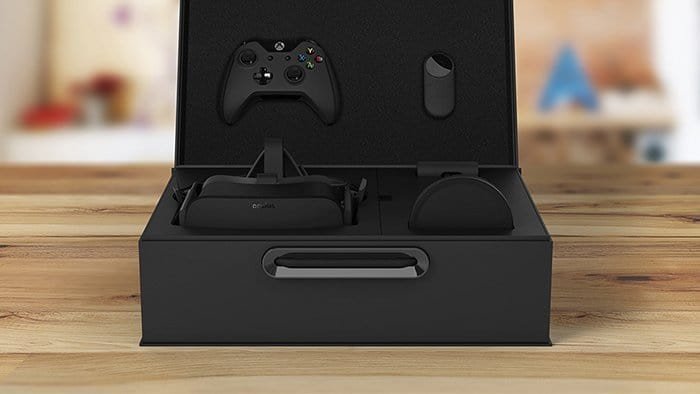 Here are the official Oculus Rift Price and availability details, which has been announced by Oculus itself as pre-orders for the virtual reality headset have started.

In a blog post on Oculus, the company announced that the Oculus Rift is now available for pre-order. The virtual reality headset will begin shipping this March 28 and will be available in around 20 countries.

Oculus has priced the rift at $599, which is a little higher than what several tech pundits predicted. People were expecting the device to be sold around $400, but apparently that’s too less for the company.

In the box, you get the Oculus Rift, which has an inbuilt headphone, mic and sensors. You also get a Xbox One controller, head tracking camera, a remote and two free games: Lucky’s Tale and EVE: Valkyrie.

To use the Oculus Rift, you’re also going to need a compatible Windows PC with high-end specs. This is the recommended requirement for the PC;

Building such a high-end PC will cost you some money, say around $600 – $800 at least. Oculus will also start selling Oculus certified, and ready PC’s with the headset for around $1499. These PC’s will be ready for pre-order starting in February.

Oculus has promised that more than 100 games are coming to the Rift in 2016, over 20 of which would be exclusive titles.

As we mentioned earlier, the Oculus Rift preorders are now open. You can pre-order the device for $599 now and expect it to ship around May 2016.

Yes, Oculus has promised a ship date of March, but the website is now showing shipping dates around May. This is either because of overwhelming orders or a limited supply; we’re not sure.