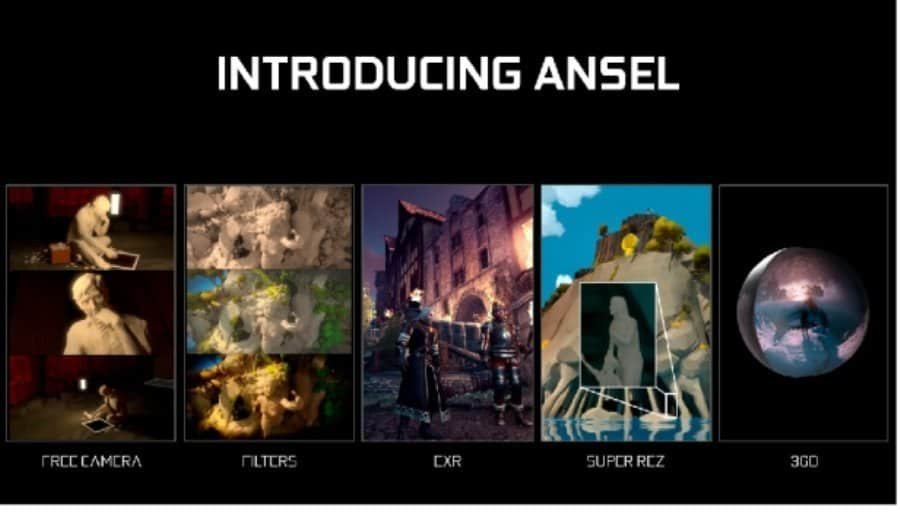 Nvidia has just unveiled “Ansel,” its new and advanced in-game photography software to the world. This tool is all set to appear in many future games.

Rabid video game fans agree that the existence of expressive elements such as music, graphics and storytelling make video games, pieces of art. Much of this change in the way people look at video games is attributed to in-game photography that brings the artistry of video games to the forefront.

In fact, there are artists who have made a name for themselves for shooting artistic in-game photographs.

Easier said than done, in-game photography has always involved a lot of work. But now things have changed. According to the company, Nvidia’s Ansel technology is the first ever in-game camera photography software of its kind.

Nvidia Ansel Brings Out the Artist in You

Ansel does so much more than what a camera or a screenshot can do. You don’t just click a fixed image; you have several options that help you control the image view, including pausing the action to apply effects and rearrange your camera. You can zoom in and out, and you can even spin the entire scene around the way you choose.

This is just the beginning. There’s so much more to it, as you’ll see.

This video game tool offers powerful high resolution shots of up to 4.5 gigapixels for you to capture some absolutely stunning in-game photogs.

The image you shoot using Ansel has 32 times higher resolution than a regular display.

This amazing Nvidia software also allows you to view your amazing art creations on a 4K or 5K display, using the OpenEXR format to export them. You can also use Adobe Photoshop, If you feel the need to work on the image further.

Since filters are all the craze now, you must be using filters for your selfies. Facebook has MSQRD the popular face-swapping app and Instagram has its own photo apps. Smartphones come with several such apps that create flawless images.

Nvidia Ansel has also been fitted with several image filters you can use to improve your image. Apart from the regular adjustments of brightness, color, field of view enhancements etc., Nvidia’s new software allows you to create several of your own effects.

Nvidia Ansel software allows you to capture 360-degree panoramic images that can then be viewed using virtual reality headsets.

You can see them on a PC-powered HTC Vive or even on your mobile phone using Google Cardboard.

You don’t have to be disappointed if you don’t own a VR device. These images can be viewed in mono, where when you move the phone the image mirrors your movements.

Curious? The Nvidia VR viewer has been launched to give you a glimpse 0f what Ansel can do.

As of now, we know Nvidia confirmed Ansel coming to The Witness, No Man’s Sky and The Witcher 3: Wild Hunt, Paragon, Fortnite, Obduction and the Tournament.

We don’t have an exact date from Nvidia yet, other than that Ansel is coming “soon.”

Nvidia says Ansel will run on many GPUs, including those older than the 1080.