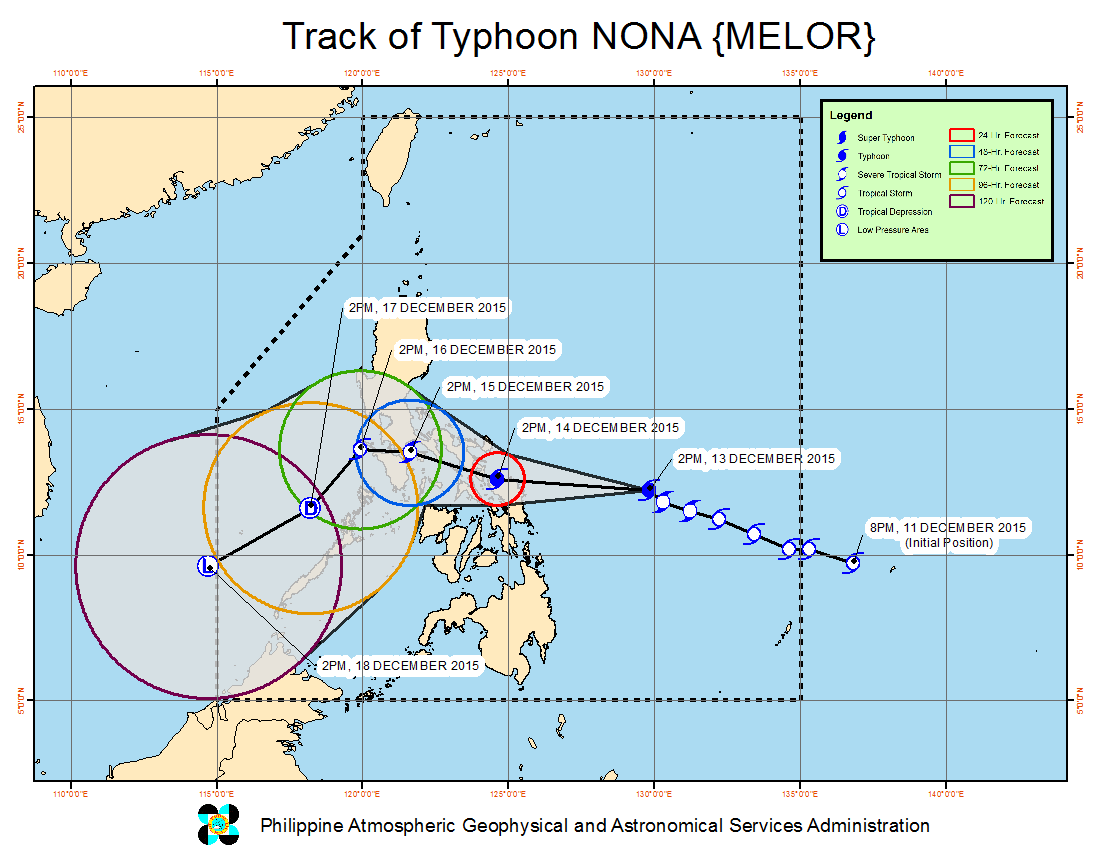 Severe Tropical Storm Nona, also called as Melor has transformed into a strong typhoon in Philippines.

PAGASA, a state weather bureau reported that the Typhoon Nona was spotted 440 kilometers east of Catraman, Northern Samar and is moving west at 19 kmph.

This strong storm has bolstered itself and is reported to have winds of 140 kph near the center and gustiness of upto 170 kph. Precipitation and moderate to heavy rainfall has been estimated within the 300 kilometer diameter of the typhoon.

Seven areas are considered to be under signal number 2 which include Catanduanes, Albay, Sorsogon, Ticao Island, Northern Samar, Eastern Samar, and Samar.

Several other parts like the Metro Manila, Alkan and Capiz are also under the signal 1 threat according to PAGASA.

This typhoon is said to be destructive as it brings landslides, flash floods and storm surges that can go as high as 3.6 meters in the typhoon’s way. It’s also expected that Nona will persist in the country for the next 5 days, make landfall in the Samar-Sorsogon area on Monday and exit on Wednesday, December 16.