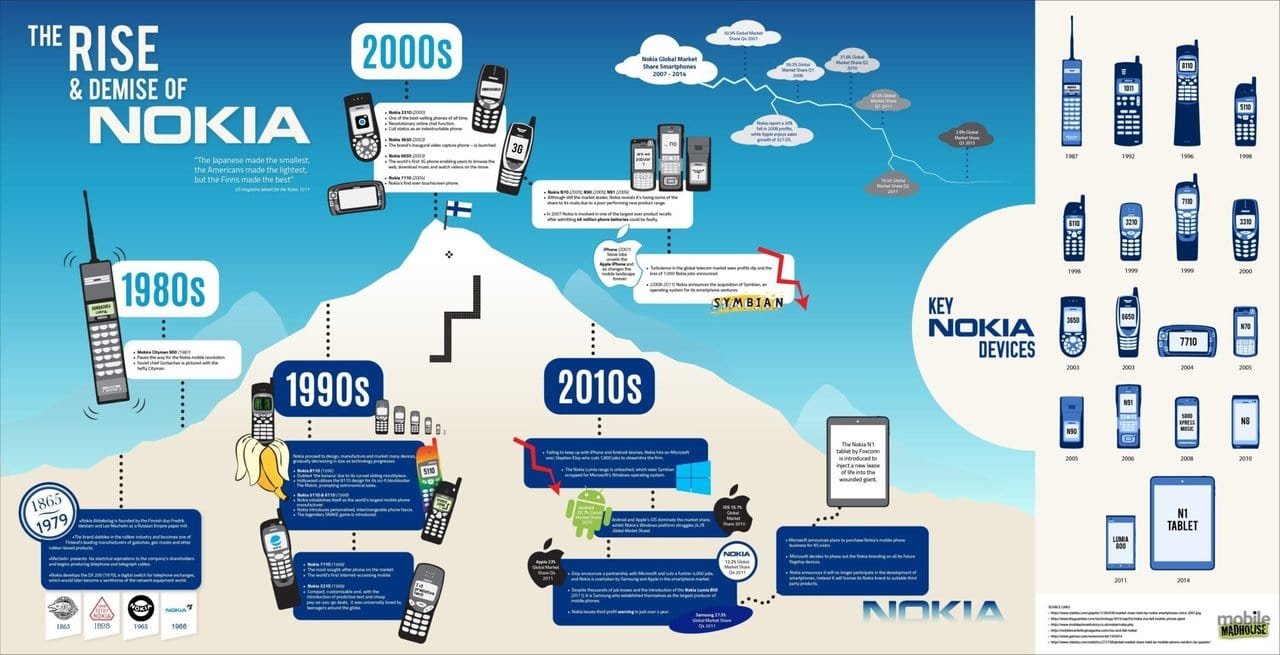 Nokia Android Smartphones Are Coming Back In 2017: Documentary On The Iconic Rise And Fall Of The Company Goes Viral

Before getting to the return of Nokia Android Smartphones, now confirmed, the documentary provides some great insights into the rise and fall of this, once famous phone maker.

Not very long ago, the Finnish Nokia was a dominant force in the mobile phone market in India, significantly ahead of what Samsung enjoys today. But, with the arrival of smartphones, Nokia was caught unawares or failed to foresee the storm that was in the making. Once the smartphones of all descriptions pervaded the markets, in mild terms Nokia was left gasping for breath. In the aftermath of this fall from dizzy heights, the company was initially sold to Microsoft. But, for reasons best known to Microsoft, the acquisition turned out to be an undesirable addition to a healthy body. Microsoft was quick to disengage from Nokia and HMD Global along with Foxconn stepped in to fill the void.

In this backdrop, it is heartening to know that Nokia Smartphones are making a comeback, albeit under the umbrella of HMD Global/Foxconn. Less than a decade ago Nokia ruled the roost with its Nokia 100, Nokia 6070, Nokia 6060, Nokia 5233, Nokia Lumia and other models. Now, with the Nokia smartphones set on a comeback trail, the social media has been taken by storm by a documentary depicting the rise and fall of the mobile giant of yester years.

The documentary, while bringing a detailed history on the evolution of Nokia, also explores what caused its failure. An interesting that has come to light from the documentary is that Nokia also had its foot into manufacturing TVs before its entry into mobile phones.

As for the new avatar of Nokia in the smartphone space, it is now confirmed that 2017 will see the release of an android smartphone from Nokia, the first ever from the company. Expectations in this regard are now high with the Finnish brand confirming its participation at the Mobile World Congress next year. HMD Global who is now the owner of Nokia has picked Mother for marketing the new Nokia Android phones. Mother has been associated with developing marketing campaigns for major global brands such as Coca-Cola.