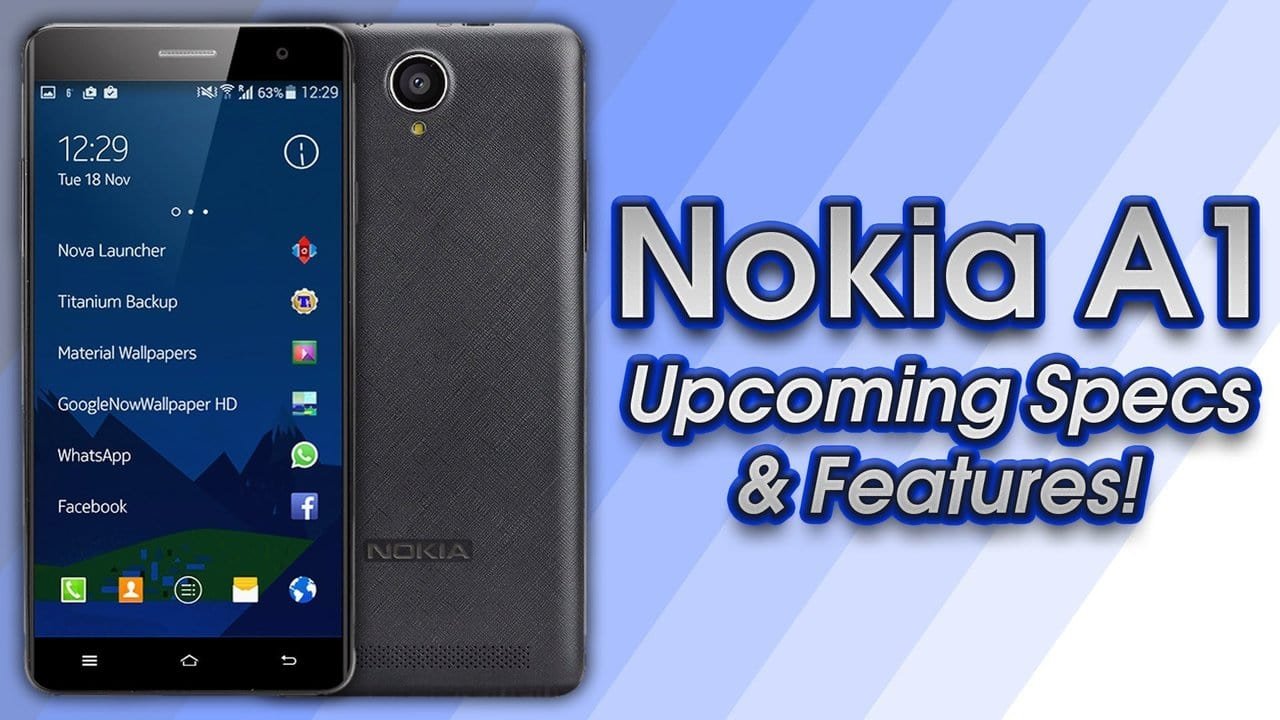 Nokia A1 Full Specs, Price And Release Date: The First Device With Android OS From Nokia In The Mid Budget Segment

Nokia A1 is expected to inject fresh life into this mobile phone manufacturer who ruled the world for nearly a decade between 1990 and 2000. But, with the advent of the Android and iOS based devices, Nokia nearly went into the oblivion though the brand per-se commands great respect among large number of mobile phone users around the globe.

Earlier too, Nokia had hit the headlines with its proposed Nokia 1100 as well as Nokia C1 with both planned as Android-based smartphones. But, more recent news states that the Nokia A1 has given way to the earlier plans and it is the A1 that would be hitting the markets early next year as an entry level device from Nokia featuring the Android OS

Nokia A1 – first smartphone from Nokia with Android OS

Nokia is still bound by some of the conditions associated with the deal it signed with Microsoft. But, Microsoft is now turning over Nokia to another company called HMD Global and the formalities are expected to be completed before the New Year arrives. HMD global can then launch the Nokia smartphones without the strings attached by Microsoft.

Release date of Nokia A1

The launch date for Nokia A1 is rumored to be early 2017 during fall. To ramp up Nokia’s abilities in Wireless technology, innovations, and services, the Finnish company recently acquired Alcatel-Lucent, the French telecom company.

The smartphone from Nokia can hit the market only around the end of Q1 of 2017 on account of the earlier arrangement the company had with Microsoft. But the new device will feature the 5.5” IPS LCD touchscreen display with 1920×1080 pixels screen resolution and 401 ppi pixel density. The front facing camera is 8MP with geo-tagging, auto focus, and LED flash. On the rear it will be a 5 MP snapper camera and both these cameras can perform HD video recording.

Issues of connectivity appear to have been well addressed and the Nokia A1 is expected to be equipped with USB, Bluetooth, WiFi, GLONASS, and A-GPS. Other than these, the Nokia smartphone will also have gyro, accelerometer, pedometer, compass, proximity sensors and light.

This smartphone will arrive with 2GB RAM and 32 GB internal storage and inbuilt memory which is expandable to 128GB with the help of a microSD card. The power for the Nokia smartphone comes from a Qualcomm Snapdragon 652 chipset MSM8976 coupled with Adreno 652 GPU. The device will feature pre-loaded Android v5.0 OS

Specifications for the Nokia A1 cannot be said to be very impressive. Therefore, the pricing should be the mid-budget entry level range. The expected price will be a tad less than $200 across regions. We should also remember that Nokia does not make the smartphones and it is just lending the brand name to the real owners, HMD Global. Therefore, it could take quite some effort for Nokia to create a dent in the crowded smartphone world where Samsung and Apple enjoy a firm grip.