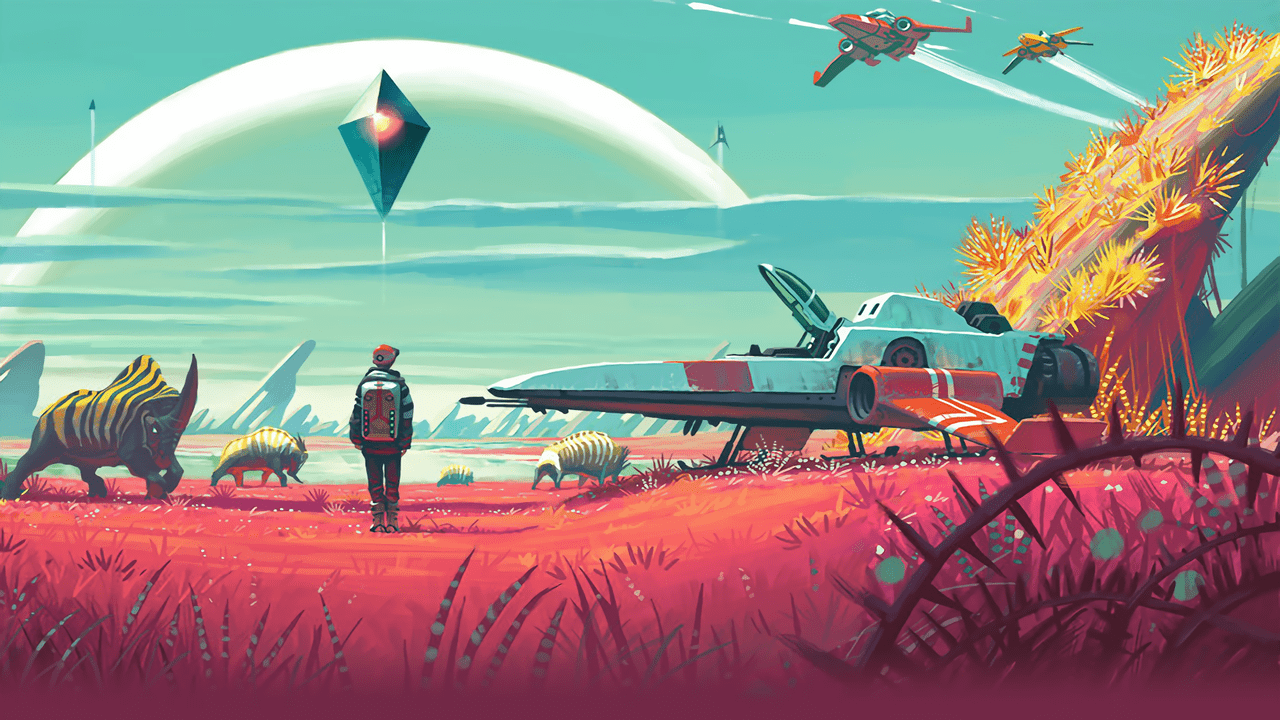 No Man’s Sky Released: A Success or a Letdown?

One of the most anticipated games of the year, and more than three years in the making – No Man’s Sky, the space title from Hello Games has finally been released on PC as well as PS4. It is an action-adventure, indie survival game revolving around open space exploration. Hype aside, does this long anticipated game deliver on its promises? Let’s take a look at what the game offers.

No Man’s Sky: The Game

Aside from its clearly mesmerizing graphics and topography, the game offers 18 quintillion different possibilities of worlds a player may encounter. This is made possible with the procedural generation the developers use.

But how precisely does that work?

Procedural generation is the ability to create something using mathematical algorithms. In this case, the created universe has thousands of unique parts of flora, fauna and environmental features which the game uses, as the user encounters new planets, making no two planets alike.

According to the chief architect behind No Man’s Sky, Sean Murray: “The physics of every other game—it’s faked. When you’re on a planet, you’re surrounded by a skybox—a cube that someone has painted stars or clouds onto. If there is a day to night cycle, it happens because they are slowly transitioning between a series of different boxes.”

He said that in No Man’s Sky however, every star is a place that a player can go to. The universe is infinite.

No Man’s Sky also offers ‘AI’ in the form of a wide array of alien species, some of which would be glad to trade goods, while others would rather put your head on a spike.

The main advertised goal of No Man’s Sky is for the player to reach the center of the universe, which is said to take countless hours of gameplay; however, the journey is clearly the most enjoyable aspect of the game.

Although multiplayer does exist in No Man’s Sky, it is very difficult and arguably close to impossible to team up with a friend, as they could have started on the other side of the universe.

That being said, players do encounter other players quite frequently as they progress towards the center of the universe.

The character you play in No Man’s Sky is first and foremost a scientist and an explorer. You wake up to a strange new world where you’re required to fix your ship and explore the surroundings. As you encounter new worlds with life, you can name the species found if they are yet to be documented.

Resource collecting is rather easy, as every world has an abundance of specific minerals such as copper etc.

Murray also revealed that No Man’s Sky fans can expect plenty of free updates in the coming weeks, months and beyond.

He said, they intend to include lots of new features and fresh content in each of the patches. Fans who purchased a legitimate copy of the title will be getting all the materials without having to spend additional money on DLC.

Having played the game, it offers amazing gameplay for players who crave the thrill of adventure, and is rather immersive. On the flip side, it does surprisingly lack playability over longer periods. After 10 hours of playing, the whole process started feeling rather tedious and repetitive, as what initially looked like an eerie barren world lost its novelty.

My final verdict is that with a few patches and tweaks; this game has the potential to live up to what the developers set out to achieve. Unfortunately, at present No Man’s Sky falls short of expectations.