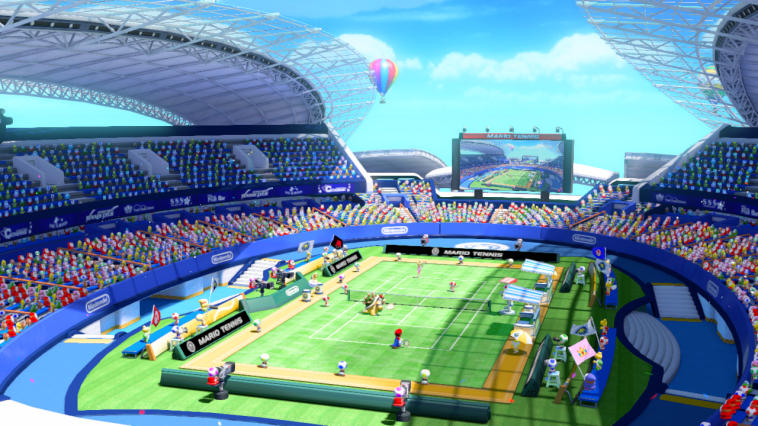 Not all Mario games are platformers as there are plenty of spin-off titles to the main franchise. Mario Kart is perhaps one of the best spin offs, but the Mario Tennis series has also had numerous installments on Nintendo consoles. The last addition to the series was Mario Tennis Open, on the DS, and Nintendo unveiled Mario Tennis: Ultra Smash for the Wii U at E3 2015.

Nintendo did not provide a launch date for the title at E3. However, the big N has now confirmed a release date for the game. The company has announced a November 20 launch for Mario Tennis: Ultra Smash.

This latest installment to the series retains Chance shots originally from Mario Tennis Open. The video trailers also highlight one of its new Jumpshot shots. With the Jumpshot players can leap into the air and the send the ball flying down the court to pick up points during the matches.

Another new addition to the game is Mega Mushrooms. The Mega Mushrooms randomly fly out onto the court for players to collect during Mega Battle game modes. Running into the mushroom transforms the player into a giant to give you a further advantage during the game.

The game modes in Mario Tennis: Ultra Smash include both single and double matches. Consequently, it has two and four player modes. Its single player game mode is the Knockout Challenge whereby you play against the CPU over seven rounds. Alternatively, you can play Classic Tennis mode that does not have the Mega Mushrooms included in Knockout Challenge.

Mario Tennis: Ultra Smash is also compatible with amiibo. As such, you can train a CPU amiibo as a double partner for two vs one matches. The amiibo can earn up to 10 stat boots in the Knockout Challenge.

So Mario fans will doubt get some kicks from Mario Tennis: Ultra Smash. The game will be available for the Wii U at $49.99. You can find further details at the Ultra Smash website.