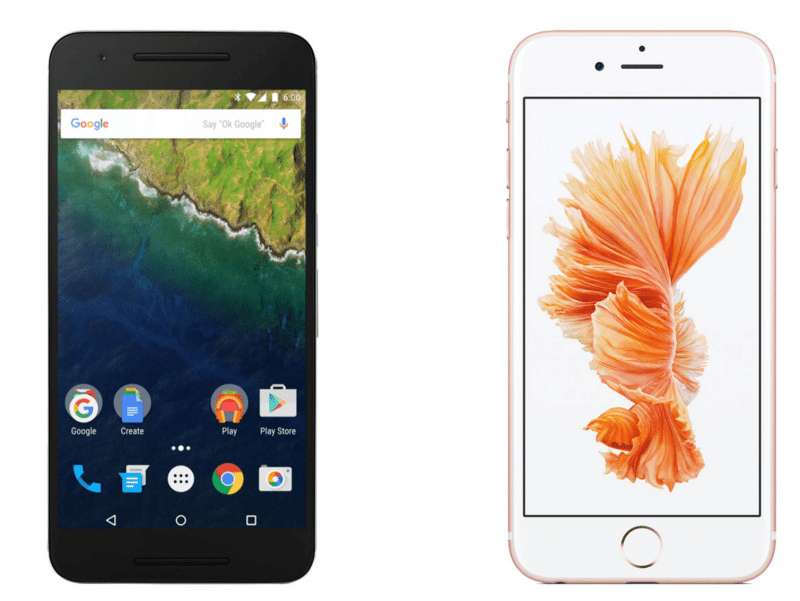 When it comes to the best smartphones to buy right now, the Google Nexus 6P and the Apple iPhone 6s Plus are on top of the list. This here is a Nexus 6P vs iPhone 6s Plus comparison and mini review.

While we wait for the iPhone 7 and iPhone 7 Plus to make an appearance later this year, we’ve compared the iPhone 6s Plus head-to-head against the Google Nexus 6P to see which one comes out on top.

Both, Nexus 6P and iPhone 6s Plus were released in September last year and are now available for purchase worldwide and sold in millions already.

The Huawei made Nexus 6P is Google’s flagship smartphone with top of the line specs, beautiful design and an amazing camera. It was launched alongside the Nexus 5X, which is Google’s LG made handset for 2015.

Apple’s iPhone 6s Plus carries the same design as last years iPhone 6 Plus, but with changes to hardware and a new Rose Gold colour option. The 6s Plus also gets 3D Touch and a more powerful 12-megapixel rear camera with Optical Image Stabilization and 4K recording. It’s also built stronger.

Nexus 6P vs iPhone 6s Plus: Design and Build

The Huawei Nexus 6P has a very new design, not very common in the smartphone industry. It has a slightly bulged camera that’s covered with black glass at the back and the whole phone is made from aluminium. From the front, it looks like any other smartphone with a large display. The phone, with its soft edges, feels great to hold in hand.

The iPhone 6s Plus has the same design as last years iPhone 6 Plus. However, Apple has used a stronger aluminium to build the iPhone 6s Plus, which means there’s no more bend-gate. The new aluminium also improves grip. Apart from that, you get a new Rose Gold colour option. 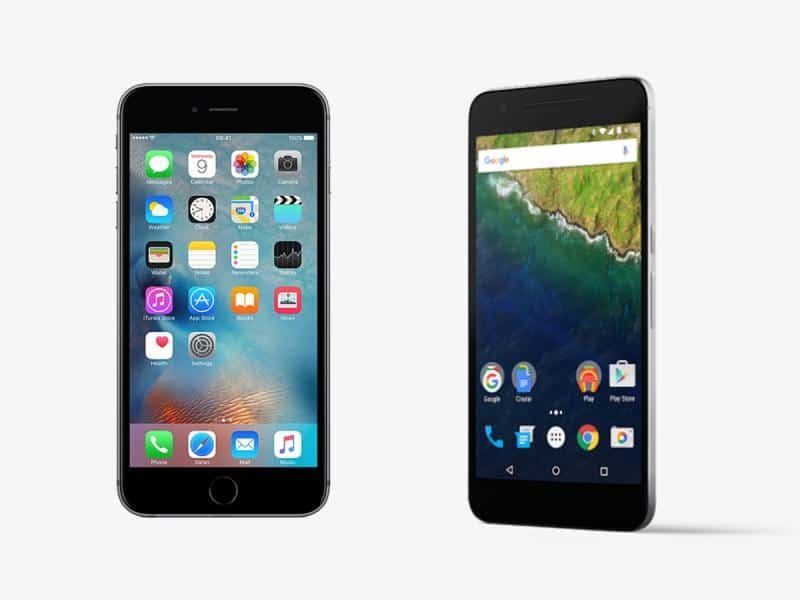 Apple has stuck to the same old display that has been available on the iPhone 6 Plus, a 5.5 inch 1920 x 1080 IPS LCD display with 401 ppi. It’s crystal clear and produces enough brightness to be able to view outdoors. The display on the iPhone 6s Plus comes with 3D Touch, which allows for pressure enabled actions.

On the Nexus 6P, Huawei has included a 5.7-inch WQHD 2,560 x 1,440 AMOLED display that has a pixel density of 518 ppi. The blacks and colours are more vivid than on the iPhone 6s Plus. The Nexus 6P also features a curved glass, which helps keep the device footprint smaller, despite the slightly larger display.

Google’s Nexus 6P has top-notch hardware and a brilliant camera. Huawei has added two front facing speakers for that stereo affect and a fingerprint sensor at the back that also doubles as a button. It has an octa-core Snapdragon 810 processor, v2.1, that’s coupled with the Adreno 430 GPU for amazing graphics. There’s 3GB of RAM and 32, 64 or 128GB of internal storage.

There’s no microSD slot, which isn’t really a problem when there’s so much internal storage available. It features a USB type-C port for charging and data transfer.

The iPhone 6s Plus isn’t as powerful as the Nexus 6P when it comes to specs. Apple has included the 64-bit A9 processor with 2GB of RAM on the iPhone 6s Plus. There’s also the M9 motion coprocessor that helps in various other less intrusive tasks and saves battery.

You also get the new Taptic Engine, bottom faced speakers, fingerprint sensor that doubles as the Home button and 16GB, 64GB or 128GB of storage.

Apple has improved the camera on the iPhone 6s Plus and finally given it a worthy shooter. It now features a 12-megapixel camera that comes with Optical Image Stabilization and 4K video recording. A front facing 5-megapixel camera will give you the edge when taking those oscar selfies. The camera is especially useful in low-light.

On the Nexus 6P, Huawei has included a 12.3-megapixel rear camera with laser autofocus. It lacks Optical Image stabilization. A front camera is an 8-megapixel unit that can also take some great selfies. Overall, the Nexus 6P has an excellent camera.

Both the Nexus 6P and the iPhone 6s Plus perform extremely well thanks to their high-end hardware. 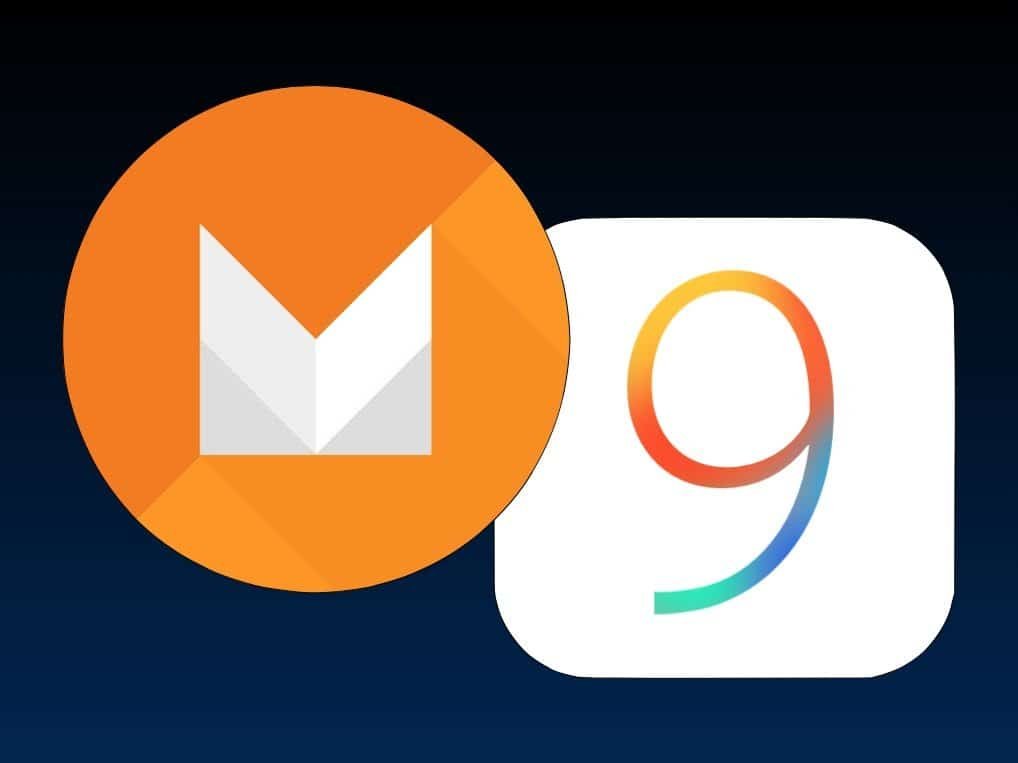 Nexus 6P runs Google’s latest Android 6.0 Marshmallow OS and delivers smooth and fast performance. Because this is a Nexus device, it’ll be the first to get all the latest Android updates in its stock form. Gaming on the Nexus 6P is also great thanks to the Adreno 430 graphics processor, which delivers incredible frame rates on all the latest games.

Android 6.0 also has several new features that help in improving the performance of the device. Google Now on Tap takes the personal assistant game to a whole new level. Google Now, as you know, is more accurate and faster than Siri, but not as human like.

The iPhone 6s Plus runs Apple’s latest iOS 9 and is easier to use than Android. Despite only having 2GB of RAM, the 6s Plus performs as good as, if not better, than the Nexus 6P. iOS doesn’t require as much RAM and processing power as Android to run smoothly.

You’ll most likely never come across any lag on the iPhone 6s Plus, even while gaming. 3D Touch adds to a different experience as well. Siri on iOS 9 has seen a lot of improvements and is now better than ever.

Battery life is important and Google knows that. The Nexus 6P comes with a 3450 mAh battery that features fast-charging and Android 6.0’s Doze mode and battery saver. You can last an entire day thanks to the large battery on this phone.

The battery on the iPhone 6s Plus is smaller than the one in iPhone 6 Plus; it’s rated at just 2,750 mAh. However, iOS 9 includes a Low Power mode and other battery improving features that should provide at least a days worth of usage.

The Nexus 6P, despite all of the latest hardware and that aluminium body, costs less than the iPhone 6s Plus. It’s not a lesser device by any means, but it is a great phone that is cheap.

The iPhone 6s Plus, on the other hand, is priced like all the other Apple products.

It’s hard to decide which device is better. Apple fanboys will obviously say that the iPhone 6s Plus is better, but on paper, the Nexus 6P trumps the former.

Battery life and performance on both the devices are almost similar, but the Nexus 6P will perform better in some areas.

It is your choice at the end of the day, but I would opt for the Nexus 6P. Let us know what you think is a better smartphone, the Nexus 6P or the iPhone 6s Plus?