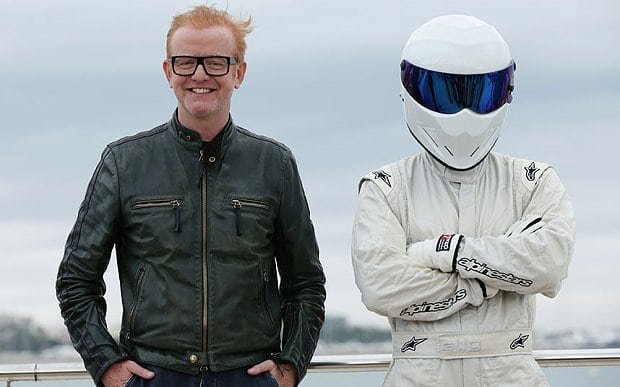 A new report suggests that the new Top Gear hosts will be Chris Evans, Chris Harris and German racing driver Sabine Schmitz. It hasn’t been officially confirmed by BBC yet, but it looks like Chris Evans won’t be hosting the show solo.

Few months ago, Chris Evans stated that he’ll be mostly hosting the new Top Gear by himself. Maybe not. Whatever be the case, the new Top Gear won’t be the same without the former hosts Jeremy Clarkson, Richard Hammond and James May.

After the trio quit, Top Gear hasn’t had it too well. Recently, a producer and script writer quit as well and most of the previous Top Gear crew have joined Clarkson, Hammond and May on their new Amazon show.

The New Top Gear will include 16 new episodes in 2016 and will be hosted by the popular British radio and TV presenter Chris Evans. His sidekicks will be the German racing driver Sabine Schmitz, and Chris Harris, who’s a motoring journalist and has a YouTube channel where he reviews cars. Both are not very well known to the public.

It has also been reported that the former Formula 1 driver David Coulthard will also be joining the hosts on their new Top Gear adventures. He may be the Stig replacement on the new show.