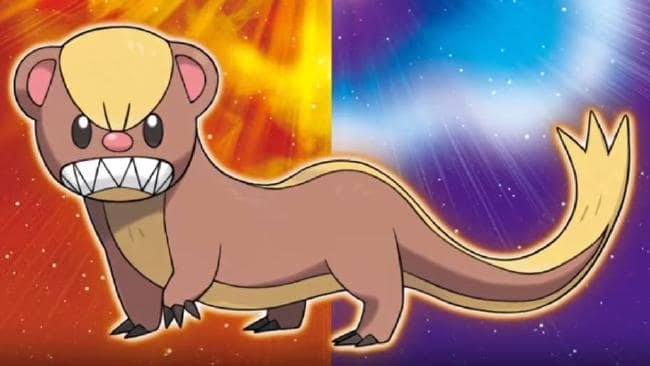 To the delight of Pokemon fans, three new Pokemon characters were introduced at the E3 2016 as part of the upcoming Pokemon Sun and Moon games.

One of the new characters is the already-popular weasel-esque Yungoos, who is always hungry. This character is being likened to Donald Trump, making it more popular than the others.

The other two new characters from Pokemon Sun and Moon: A woodpecker called Pikipek capable of pecking 16 times a second. The demo shows Pikipek as erratic and flighty. A bug-like creature called Grubbin who looks like a dangerous burrito.

Nintendo gave away a massive amount of information regarding the Pokemon Sun and Moon games, and about the starting area of the Alola region. It’s based on the Pacific Islands, and the effects are beautiful. The location is alive with waving palm trees and bronzed skies. The characters are also dressed in simple, lightweight clothes.

There are new animations and the lighting changes depending on the time of day. With close ups of each Pokemon character and trainers lurking in the background, the new Pokemon Sun and Moon experience is going to be more dramatic and more like the cartoon.

As Pokemon fans would know, many Pokemon characters look like animals or take inspiration from real life. For example, Magikarp is a yellow rockfish, Caterpie is a caterpillar.

But there’s something interesting about the Pokemon character Yungoos that caught the eye of Pokemon fans, making it the topic of conversation in social media circles.

It’s the resemblance people find between the Pokemon Sun and Moon Yungoos and the Republican presidential candidate, Donald Trump.

Don’t know what it is. It could be the familiar hairdo they both share, the strong jaw, the small hands or the yellow fur on the top of his head, Pokemon fans seem to be fixated on the resemblance.

Of course, this is drawing the inevitable photo comparisons:

This isn’t the first time that Trump has been compared to a Pokemon character. A picture of Trump as Muk, a purple sludge monster has been posted by Alex Hirsch, the Gravity Falls creator.

Donald Trump might not appreciate the comparison with the angry little weasel, but Pokemon fans continue to have fun.

Well, what do you have to say about the resemblance?

Pokemon Sun and Moon will be released for Nintento 3DS on November 18, 2016.