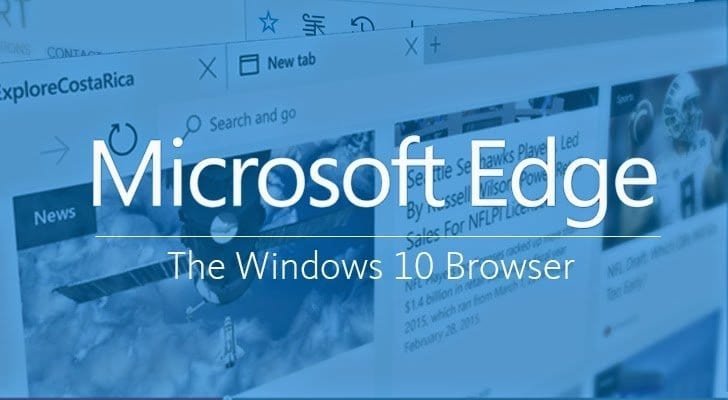 Way back in 2014, Microsoft announced that it would be unveiling a new browser, and it would not be IE 12. They were starting over completely, in a project called Spartan. The end result rolled out in 2015, quietly taking its place in computers everywhere. This was Windows 10 and the new browser, Edge, although Internet Explorer 11 is not consigned to oblivion yet. A person can still get Internet Explorer by typing ‘internet’ in the search box by the start button. It just isn’t the default browser anymore, and it is no longer being updated.

Below we analyse how Microsoft Edge compares to other browsers

That September, users who updated to Windows 10 or let it automatically update found themselves looking at a new start screen. The Edge browser opened on clean, well-labeled start page with squared off icons. The Start page had icons for the user’s most visited sites, a reading list at the bottom, and an address bar in the middle. Pages across the board had fewer icons, smaller edges and a more streamlined toolbar than pages opened in Internet Explorer. 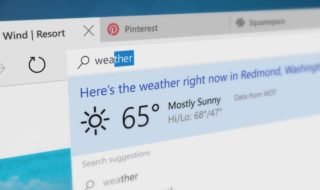 This is from MS Edge using all new code, with buggy old code, such as ActiveX, stripped away. The company has even switched from the much-maligned MSHTML code to EdgeHTML. In the process, Microsoft has integrated many plug-ins, such as Java and Adobe Flash, so they can update automatically with the rest of the browser. The changes that are more noticeable from a user’s perspective are the five new features.

What Microsoft Edge Learned from Other Browsers

All these features don’t come in a vacuum, and they aren’t necessarily 100% new. Firefox, for instance, has something very similar to Reading List in its integrated Pocket service (although Firefox lets a user adjust the reading setting from a slide-out left-control button, instead of going to settings.) There are some pretty big differences between browsers, and the first area to explore these differences is security.

Edge hasn’t been around long enough to offer any usable comparison of vulnerabilities. However, Trend Micro, a company devoted to internet content security, praised MS Edge for using sandbox, which isolates browser processes from the computer so malware on site don’t infect it. In fact, they rated the Edge and Chrome as safer than IE 11 and Firefox. Chrome and Firefox both use the Safe Browsing API to identify sketchy sites, and Chrome also scans downloads for potential problems. All these give browsers some space from hacking, and they are all relatively safe for your computer to use.

Still, it looks good for Edge. It keeps the SmartScreen Filter from Internet Explorer, which experts praise for keeping out malware. The biggest help was probably removing the outdated code. With ActiveX, VBScript, browser helper icons and other cruft gone, cybercriminals have fewer ways to get in to a person’s computer. The fact that Edge browser just ignores 3rd-party toolbars and has integrated plug-ins increases security, as well. Internet Explorer still has a tracking protection feature that, for some reason, Microsoft left out of its new browser, but that could be in the next update. 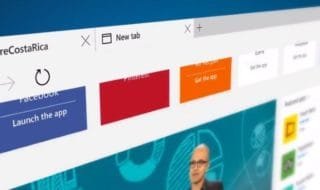 The next biggest sticking point in most user’s minds is compatibility. Firefox and Chrome work on Windows, Linux and Mac OSX. IE 11 has always had problems with compatibility, but Edge only runs on Windows 10. In fact, there are some web sites that the new browser can’t open, and a user is forced to go back to Internet Explorer. There is also the question of syncing across computers. Chrome does this automatically when installed, and Firefox has an extension called Firefox Sync that will let you export bookmarks, preferences and passwords to all your PCs, but the new browser just won’t compete. Users can manually export favorites to other browsers, but not to other computers. In this area, Internet Explorer is actually better, as it will export favorites across devices.

An even bigger disappointment than the compatibility issues is speed. The new browser is actually a whole second slower than IE 11, and it is a snail compared to Chrome, which loads pages in 1.8 seconds. MS Edge takes 3.24 seconds to load pages. In contrast, Firefox is up and running in 2.6 seconds. Weirdly, MS Edge also soaks up more memory than the others. A team tested Chrome, Edge, Firefox and IE by opening 30 tabs for 30 seconds and measured how much memory each browser used in that time frame. The end result was that, while Chrome is still consuming quite a bit (and is famous for it), Edge uses more. Testers at PC Magazine found MS Edge browser way quicker and more efficient with memory, but it might have been the difference in computers. Users with older computers may find their experience more in line with the first testers.

The last complaint isn’t really complaint. It’s more of an acknowledgement of Edge’s youth. It has no extensions. Microsoft has promised some later this year, but the company has been tight-lipped about what these extensions could be. In the meantime, Firefox is famous for its store of add-ons, and all the other browsers in the neighborhood boast of heaps of extensions and add-ons. IE 11 even has an extension that makes it more compatible with different operating systems.

All these browsers are stunningly easy to download and get running. In fact, Microsoft’s new browser comes with the Windows 10 update, which in many cases is automatic, and can’t be uninstalled. They are all generally user friendly, too. The drop down menus are remarkably easy with Firefox and Chrome, and Chrome has a unique vertical toolbar. The address bar on the Edge does hide with camouflage in the toolbar when it isn’t wanted. This clears up space for reading web content, but it means that if a user wants to navigate to a new address, he or she has to click on the toolbar to see the address bar.

The reality is that MS Edge has a lot of room for improvement in some areas, and this becomes strikingly apparent when it is compared to Firefox, Chrome, or even the browser it is supposed to replace, Internet Explorer. Time and a few more updates will probably speed up Edge, add extensions and allow it to open more web pages.

On the bright side, the new features look very promising, especially for students or people who have to do research for work. The Web Note and Cortana tools have lots of potential in that area. It is also user-friendly and intuitive. Truthfully, the ‘minimal’ look seems to be in vogue, and Chrome, Firefox, and IE 11 all seem to have taken this approach. Chrome has just an address bar and a few icons for most often visited web-sites on its start/new page, and the stripped down look does make life easy for someone who visits only a handful of sites every day.

Most importantly, the Microsoft Edge is safe. Its sandbox processes and stripped down code give it a huge boost over Internet Explorer, which needed patch after patch to become a little bit less of a target for cybercriminals. It won’t make users completely safe from their own errors, but it will definitely limit the damage during casual browsing. For this reason, Microsoft’s new Edge browser has a bright future, though it is currently not as mature as Firefox, Chrome or IE 11.