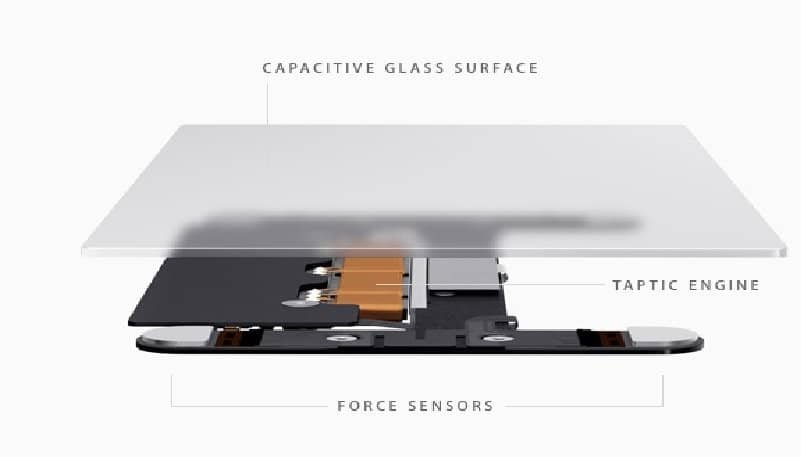 New Macbook With a Touchscreen Keyboard Under the Display?

The latest patent filed by Apple suggests a new Macbook with a flat display with a touchscreen keyboard beneath it.

Versatility is the name of the game. First laptops turned into tablets, tablets then came with detachable keyboards, and in the future …. we may be using keyboards under displays?

Oh no, I didn’t make a mistake. It’s not touchscreen display we’re talking about here – it’s a keyboard under the display in a new Macbook.

You’ll be hitting a flat surface with your fingers and haptic feedback will let you know which key has been hit. The technology senses finger movements on a surface, can alert and offer feedback to users.

Sounds like an iPad-style on-screen keyboard, but for your new Macbook.

Because your fingers don’t travel. They stay in one place. If this happens, you can soon expect to see thinner Macbooks. 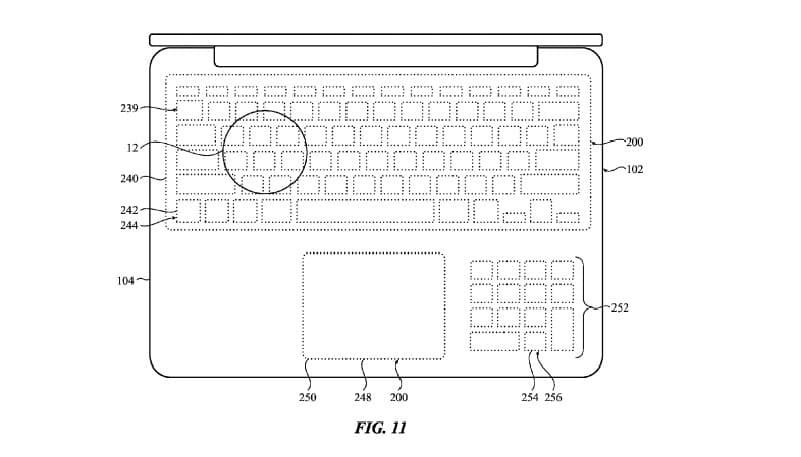 Apple’s patent reveals a diagram where the laptop keyboard is replaced by a flat space. There is a trackpad at the bottom of that flat screen, instead of the traditional mouse in laptops. There are “micro-perforations” or tiny holes on the touchscreen surface that suggest a backlight that will reveal the keys to the user.

This new Macbook patent is bound to offer more flexibility with the keyboards like those available on iOS. One of the major benefits would be improved battery life.

Apple used touchscreen technology in its latest iPhone 6 and 6S models. This 3D touch technology offers immersive features based on the pressure of the touch on the iPhone touchscreen. We may see similar features in the next generation of Macbooks.

You won’t be too keen on this new MacBook if you love your keyboard, but you don’t have to worry as Apple is not likely to ditch the physical keyboard altogether. This new keyboard will most probably be offered as an optional extra.

It would be fun to see a flat and touch-sensitive laptop keyboard; but there is no guarantee that a patent might see the light of day. It’s mostly ideas from creators that are patented. We can only wait to see if Apple’s New Macbook patent turns into reality, and even if it does, it will be a few years before we see it.