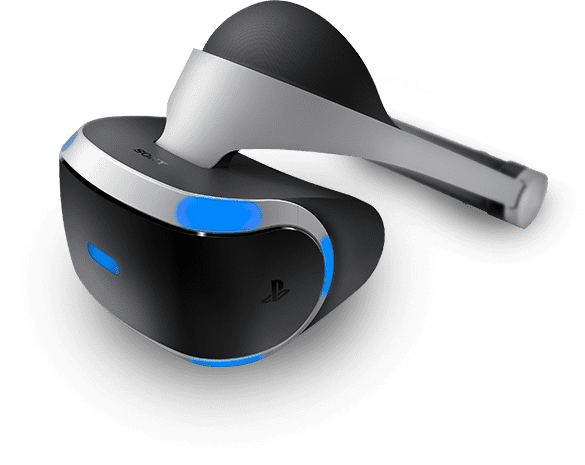 Sony first unveiled its upcoming virtual reality game platform at the Games Developer Conference in 2014. Then the company revealed it with the codename Project Morpheus, which is otherwise the PlayStation VR. Sony president Yoshida hailed it as, “the next innovation from PlayStation that will [shape] the future of games.”

Firstly, Crytek confirmed its developing Robinson: The Journey as an exclusive PlayStation VR game. That stars Robin who has landed on a planet filled with dinosaurs. Crytek’s trailer for the game showed off an impressively realistic jungle landscape that includes plenty of dinosaurs. Dave Bowman, the Crytek Director of Production, stated, “Our work with Sony so far has made it clear that they want to deliver the most immersive and unique home VR experiences imaginable to gamers, and we’re working hard to make sure Robinson fits that description perfectly.”

Another game that made its début at the Paris Games Week is RIGS Mechanized Combat League. Guerrilla Cambridge unveiled the PlayStation VR game for the first time. That is a first-person shooter in which players blast it out with robots. The developer showed off a new Dubai arena for the multiplayer battles. To date, it is the only confirmed multiplayer game for the PlayStation VR.

Until Dawn: Rush of Blood is also coming out on the PlayStation VR as an exclusive spin-off sequel. That is an arcade-style shooter that has a horror theme park setting. An executive producer at Supermassive Games stated, “We’re incredibly excited to be developing for PlayStation VR as this allows us to bring games to the PlayStation 4 with a level of immersion and involvement never before experienced by players.”

Sony Computer Entertainment also announced Gran Turismo Sport as the next installment for the enthralling racing game series. Sony confirmed that this title will be coming out for both the PlayStation 4 and PlayStation VR. In Gran Turismo Sport there will be a couple of championships that run during the year. You can race for your country in the Nations Cup or represent an automaker in the Manufacturer Fan Cup.

Those are just four of the exciting PlayStation VR games unveiled at the Paris Games Week. Publishers have confirmed more than 50 games for Sony’s upcoming virtual reality platform. And there will probably be plenty more announced before Sony launch the PlayStation VR in 2016.