Netflix vs. Amazon Prime vs. Kodi vs. Hulu Plus Review: Best Streaming Service in 2016?

When Netflix started off as a DVD mail-order company back in 1997, no-one could have possibly imagined it would revolutionise the way we consume TV.

Today, it’s a financial and cultural behemoth, with over 26 million subscribers worldwide. Not only are the words “Netflix” and “video streaming” practically one and the same, but Netflix has also spawned its own cottage industry – apps, toolbars, browser add-ons, VPN services, you name it – all created in the name of a better Netflix experience.

Almost twenty years after its humble beginnings, Netflix has reached the top of an industry that’s changed so radically it’s rendered major players obsolete (Blockbuster, anyone?). But is it still actually top of the heap?

Here’s a look at five streaming services that are trying to give Netflix a run for its money. Let’s see how they stack up.

Hulu is, of course, the obvious pick when you think of a possible Netflix contender. Unlike Netflix, it streams the latest episodes of current TV shows, typically a day after they’ve been broadcast. This gives it an obvious edge. Try avoiding Breaking Bad spoilers for a whole year as you wait for Netflix to stream the last few episodes. Not fun.

Hulu’s main drawback used to be that you’d still have to sit through the commercials, even if you had a premium subscription. This has finally been addressed with the launch of an ad-free tier in September. But at $11.99, its quite a bit more expensive than Netflix, which is itself experiencing a backlash for raising its entry-level subscription to $9.99.

There’s also the question of the shiny, high-spec original content Netflix has been investing in. Once it hit its stride with House of Cards, a series I find unwatchable (but that’s an entirely different post for another day), Netflix started throwing copious amounts of money at original content. Some of the results have been mixed (Does anyone even know about Hemlock Grove?), but the likes of Orange is the New Black, the revival of Arrested Development for a fourth season and my personal favourite, Bloodline, have become critical darlings. Netflix also has deals in place with major filmmakers and with Marvel. I’m pretty sure this content won’t be coming to Hulu anytime soon.

Well, the amount of content available, for one. Amazon’s video streaming has certainly improved over the years. Not only does it have shows like hit drama Downtown Abbey (which it snagged right from under Netflix’s nose), but the Emmy win for its original show Transparent has helped to significantly raise its profile. That said, it’s still lagging behind Netflix considerably.

Bundling a host of other features together does sound attractive, but the music streaming service and the Kindle lending library suffer from the same content deficiencies. At 1 million songs, Amazon’s music streaming offering can’t even begin to compete with Spotify and Apple Music, which boast over 20 million songs and counting. The Kindle lending library is similarly made up of around 800,000 mostly unknown authors or books in the public domain, which is sure to leave avid readers disappointed.

I must confess I’d never heard of Cloudload before I sat down to research this piece.

Cloudload is essentially a cloud service with a few extra features thrown in, one of which happens to be video streaming. The quality of the video streaming service has seen it quickly become a force to be reckoned with.

As its name suggests, Cloudload entirely cloud-based, so you can simply save a TV show or movie to your account without having to download it. It’s also not device dependent. You could select a movie from your cell phone, save it for future viewing, and then watch it later on your TV.

Cloudload boasts an extensive selection of TV shows and movies, and searching for a particular film or TV show will often return multiple results. Starting at $4.98 a month for 10GB of cloud storage, it also blows most other streaming services out of the water where price is concerned.

The obvious drawback here is that Cloudload clearly operates in a very grey area, legally speaking. Even though you don’t need to actually download anything, its workings are suspiciously similar to peer-to-peer sharing platforms. How much you can stream will also depend on the package you go for. If you’re a binge-watcher (and, let’s face it, who isn’t?) the subscription price can quickly add up.

Formerly known as XBMC, Kodi is an open source media centre. Once you install Kodi on your device, you can access hundreds of add-ons and, depending on which add-ons you install, you’ll have access to all the content you could possibly imagine. The Genesis add-on will give you access to probably all the films and TV shows ever made, including current episodes. 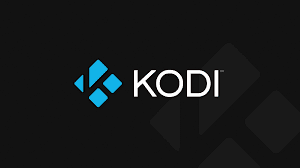 Like Cloudload, Kodi operates in a legal grey area. Technically, you’re not downloading anything. At the same time, the content is sourced from a host of websites that look and feel dubious to say the least.

Kodi’s biggest drawback, however, is its extreme unfriendliness to anyone but the biggest geeks. Figuring out which add-ons to install and how to install them will take hours of Google searches, and you’ll still risk drowning in menus before you find what you’re looking for.

Streaming is surprisingly unreliable. Finding a stream that works can take time, and even when you do find one, it might start buffering unexpectedly. Subtitles also don’t always work as expected. They can get delayed no matter how hard you try to offset them to match the video, which is extremely frustrating and detracts from your enjoyment.

So how does Netflix stack up? Is it still the king of streaming services?

It seems inevitable that many people will judge the value of a streaming service based on content alone. Of course, there would be no point in paying for Netflix if it didn’t have good quality content. But it’s the whole package that makes Netflix the cream of the crop.

On sheer amount of content alone, Kodi and Cloudload blow Netflix out of the water. But that’s just scratching the surface. Besides being legally dubious, both services have deal-breaking problems.

Streaming and downloading use bandwidth. A lot of bandwidth. So the cost of Cloadload can quickly add up.

Kodi, on the other hand, is just way too clunky and unfriendly. Buffering problems, subtitle offset, the mere fact that the next episode doesn’t automatically start playing (actually, there’s a way to set this up, but it’s just way too complicated) really detract from the whole experience and can turn movie night into an ordeal.

Compare this to Netflix. Fluid, user-friendly interface, HD and Super-HD, 7.1 surround sound, rarely (if ever) buffering problems and a host of other features make it an effortless and enjoyable experience. Add tons of quality content, some of which you can only find on Netflix, and you can see why, even at $9.99, it’s still the best value out there.

As far as I’m concerned, it’s not just about video streaming, it’s about the whole experience.