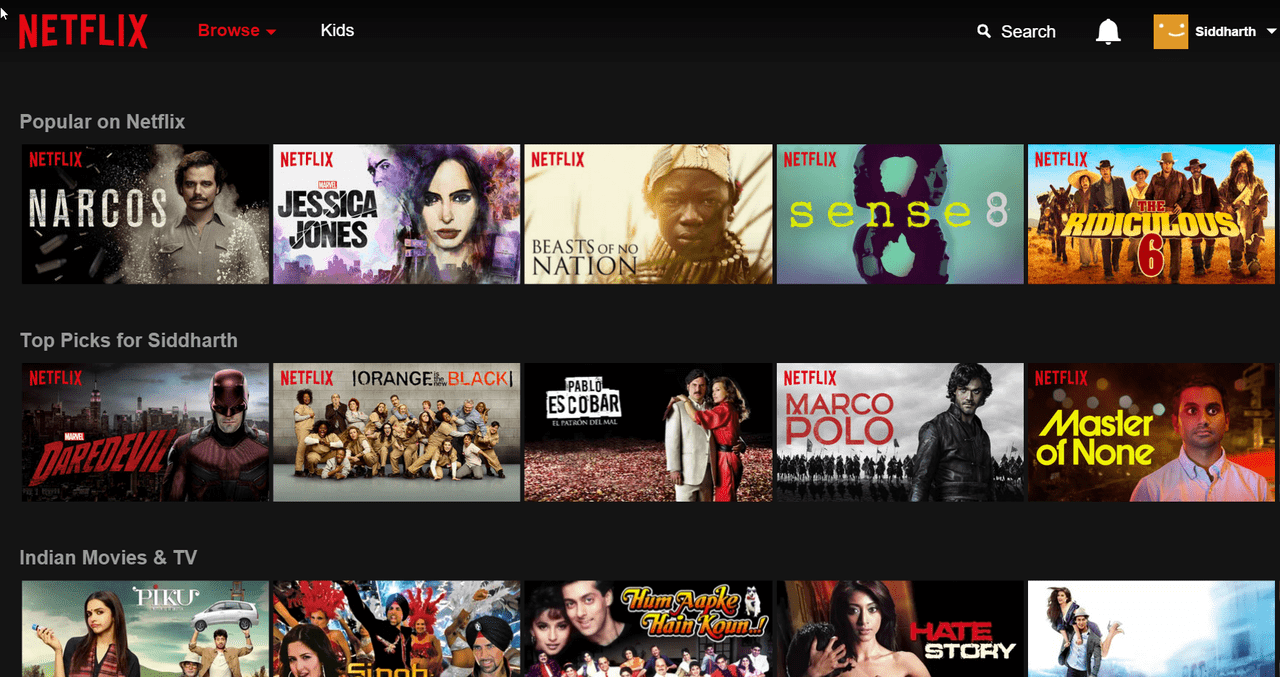 Netflix is now available in India, Russia and 130 new countries across the world; CEO Reed Hastings announced during a keynote at CES 2016.

For those wondering what Netflix is and why you should be excited, this is an online streaming service where you can watch movies and TV Shows.

There’re tonnes of content, but all that is available only after you pay a subscription fee. The fee isn’t much and for all the new countries where Netflix went live today, one month of service is free.

Netflix is available on any device that can connect to the internet and has a browser. It provides TV shows, movies, documentaries and more in full HD and 4K with Dolby Digital Plus 5.1 surround sound.

There’s plenty of original Netflix content as well, and the company has promised roll-out of more shows in 2016. A total of 31 new and returning original series are coming to Netflix this year. They’ve also added Arabic, Korean, Simplified and Traditional Chinese to the list of supported languages. Here’s what CEO Reed Hastings had to say;

“Today you are witnessing the birth of a new global Internet TV network. With this launch, consumers around the world — from Singapore to St. Petersburg, from San Francisco to Sao Paulo — will be able to enjoy TV shows and movies simultaneously — no more waiting. With the help of the Internet, we are putting power in consumers’ hands to watch whenever, wherever and on whatever device.”

To subscribe to Netflix, head over to Netflix.com and Sign Up. Netflix India subscription prices start from INR 500 per month, which isn’t much.

Below is a map of all the places where Netflix is currently available.

Netflix is currently not available in China, Crimea, North Korea and Syria.