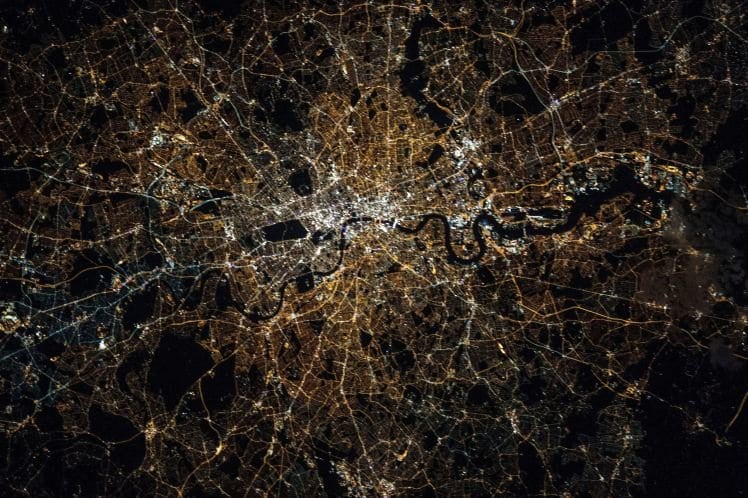 Nasa News: Images of London as Seen from Space at Night

A new image taken by astronaut ‘Dr Kjell Lindgren’ via International Space Station shows ‘London’ as it appears from space at night. Parks appear on the map as dark spots, and overall it seems like a giant, illuminated web with sprawling network of roads meeting near the centre.

Kelly has been tweeting pictures of various cities in between space walks, and he is the operations branch chief of the space station and a New Jersey native, who is spending the year in space.