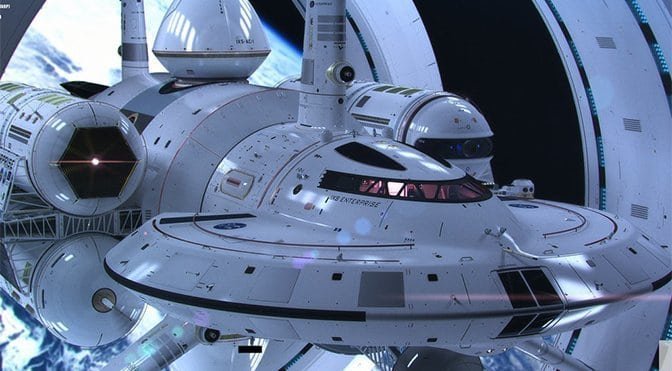 NASA Completes Second Round of Tests on EM Drive

The EM Drive has a storied history, starting in 2001 when British engineer Roger Shawyer, of Satellite Propulsion Research, invented an electromagnetic thruster that doesn’t need any propellant to work. Instead, it funnels microwaves through an enclosed cone and uses its movements in a resonance field to move forward. Since the microwaves aren’t pushing against anything, they seem to violate Newton’s Third Law of Motion, the one that states that for every action there is an equal but opposite reaction. The recorded effect was also very small, and two peer reviewed papers suggested that the effect was actually the Lorenz force. The Lorenz force is the combination of magnetic and electric forces on a point charge, which is due electromagnetic fields.

Others have fiddled with the design since then. A lab in China claimed to have gotten some thrust from the drive, but couldn’t provide a good explanation as to how it would work. The latest group to fine tune this is NASA’s Eagleworks Laboratories, which is headed by Dr. Harold “sonny” White and includes an engineer named Paul March.

March recently got on the NASA forums to announce the second round of testing, and to explain why the EM Drive may just happen. He announced that the team at his lab had managed to test the drive in a hard vacuum, which the British and Chinese teams hadn’t done. He has designed a truncated cone with closed face magnetic dampers. He also changed the torque pendulum’s grounding wire scheme. He claimed that these changes virtually eliminated the Lorenz force as a factor in the drive. By virtually eliminated, he meant he reduced the Lorenz force interactions to less than 2 micro-Newtons. He said that the end result was still 100 micro-Newtons of force. He admitted that the thrust signatures were still suffering from contamination, mostly from the torque pendulum’s shifting center of gravity, which is caused by thermal expansion of the copper frustum and the aluminum radio frequency. The thermal expansion gets worse in a vacuum, so they are working on some subsystems to eliminate the problem.

Dr. White’s hypothesis behind his work with the propellant-less drive is that the virtual particles of the Quantum Vacuum (which is the quantum state with the lowest possible energy) replace the propellant ions normally used in thrusters. The big hope is that this new technology will enable cheaper trips to outer space and low Earth orbit operations. NASA would no longer have to perform visiting-vehicles re-boost maneuvers, and this may allow the operations to go on for longer than is currently possible. It might even enable multi-generational space travel. That is, provided the thing can be made to work in a vacuum, at which point we would genuinely be living in the future.