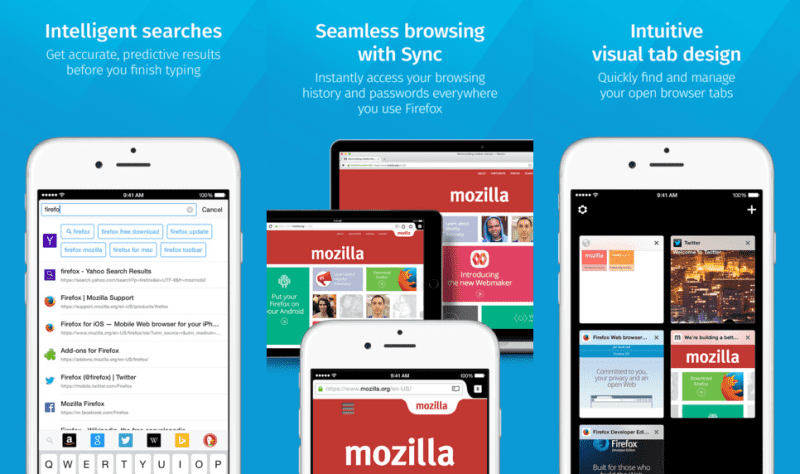 During the test phase, Mozilla stated that a full public launch would take place by the end of 2015. The company stuck to the 2015 release date and has delivered. Mozilla and Apple have had somewhat of a bad past, as the latter didn’t allow for the browser to use its own rendering engine. The Firefox browser uses the company’ Gecko rendering engine, which results in faster page loads, improved layout and more. As a result of Apples’ terms, the release of Firefox for iOS was delayed and the company lost a lot of potential users on iOS.

If you’re a Mozilla Firefox user on Android, Mac or PC, you can sync across all your devices with ease. All information such as browsing history, bookmarks, tabs and passwords are synced across your devices and available whenever you need them.

Despite not using their own rendering engine, Firefox for iOS does have a few new tricks. Let’s take a look at all the features that the browser has to provide on iOS:

Firefox for iOS uses Apple’s rendering engine, but browsing isn’t affected. The webpages load super fast and moving between tabs and looking up queries is quick. The interface will remind you of its counterparts on Android and Windows. There is a reading mode that activates by itself and changes font and other things to make reading easier. 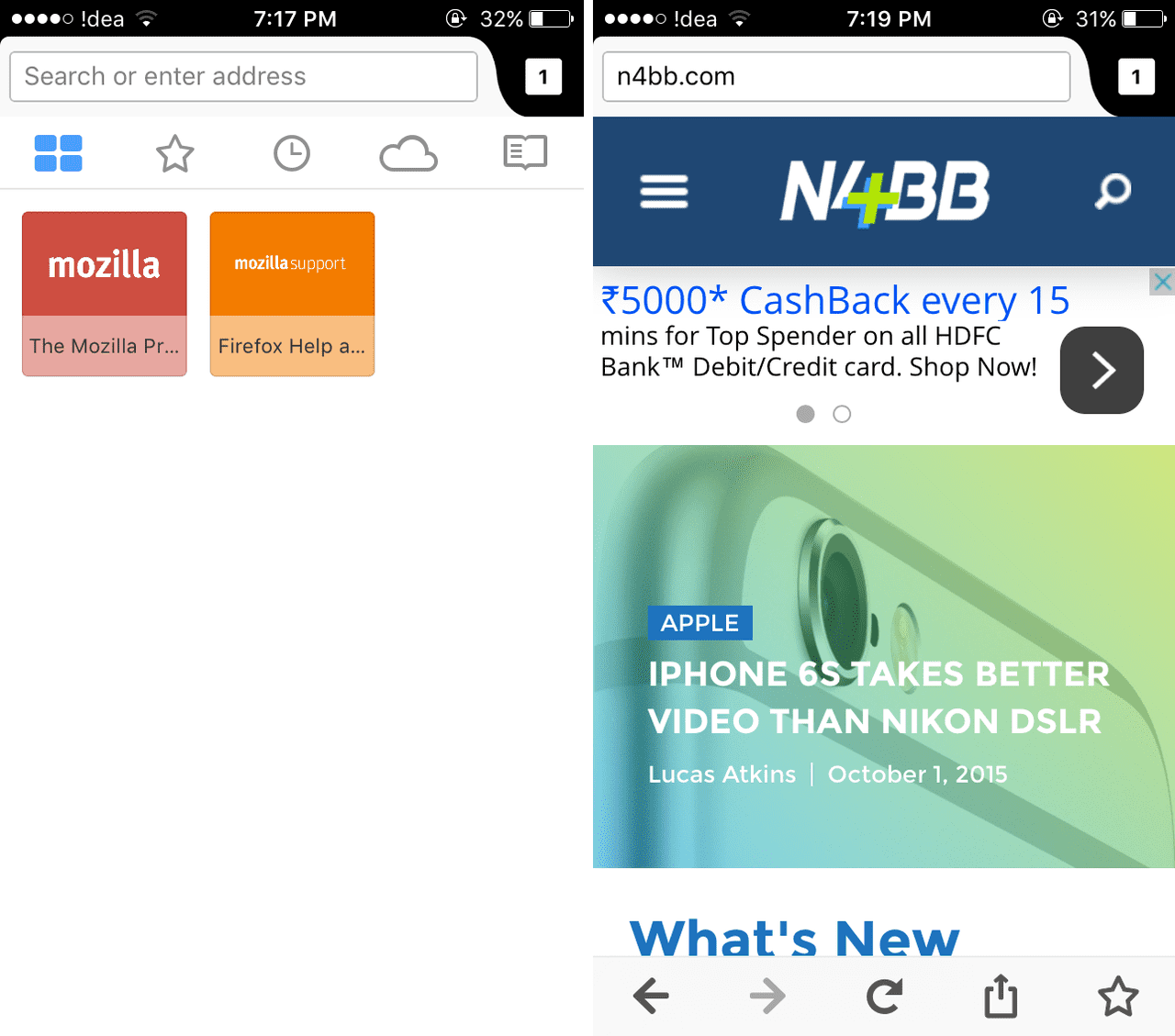 An Intelligent Search feature predicts search results and also gives you the option to select what search engine to use. A handy tool. Browsing and search was fast even on an ageing iPhone 5.

Tab management is different compared to Safari or Chrome on iOS. On Firefox for iOS, tabs are layed out in two’s and are easy to manage. You can scroll through all the tabs with utmost ease. A preview of the webpage makes things even more simpler. 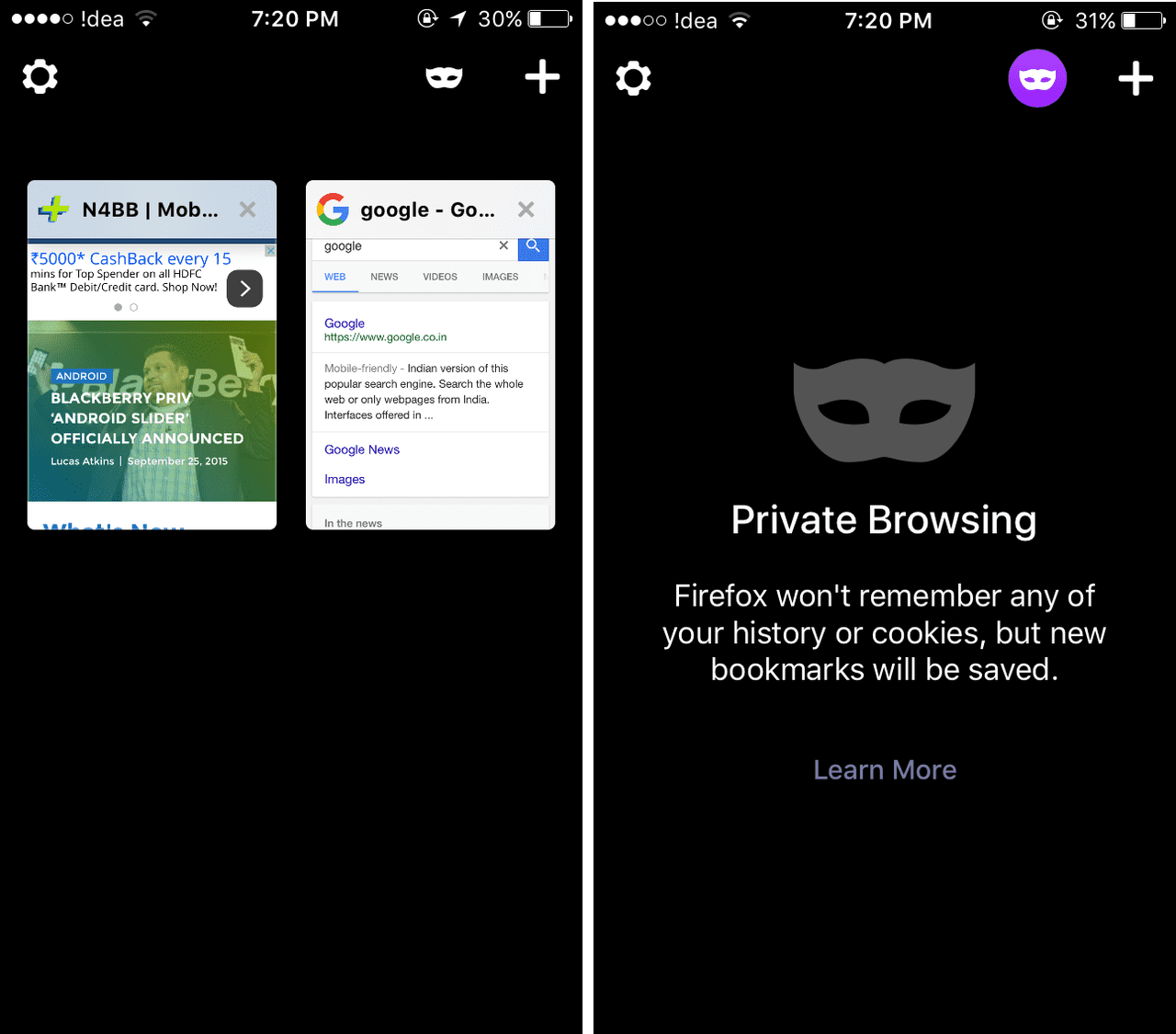 Private browsing will not store your passwords, search queries, history or share cookies and works as advertised. You can still use the bookmark feature whilst in Private mode.

There aren’t many Settings to fiddle with on Firefox for iOS, which helps keep things simple and clean. You can choose your default search engine, block pop-ups and close Private tabs automatically when you switch to normal browsing. 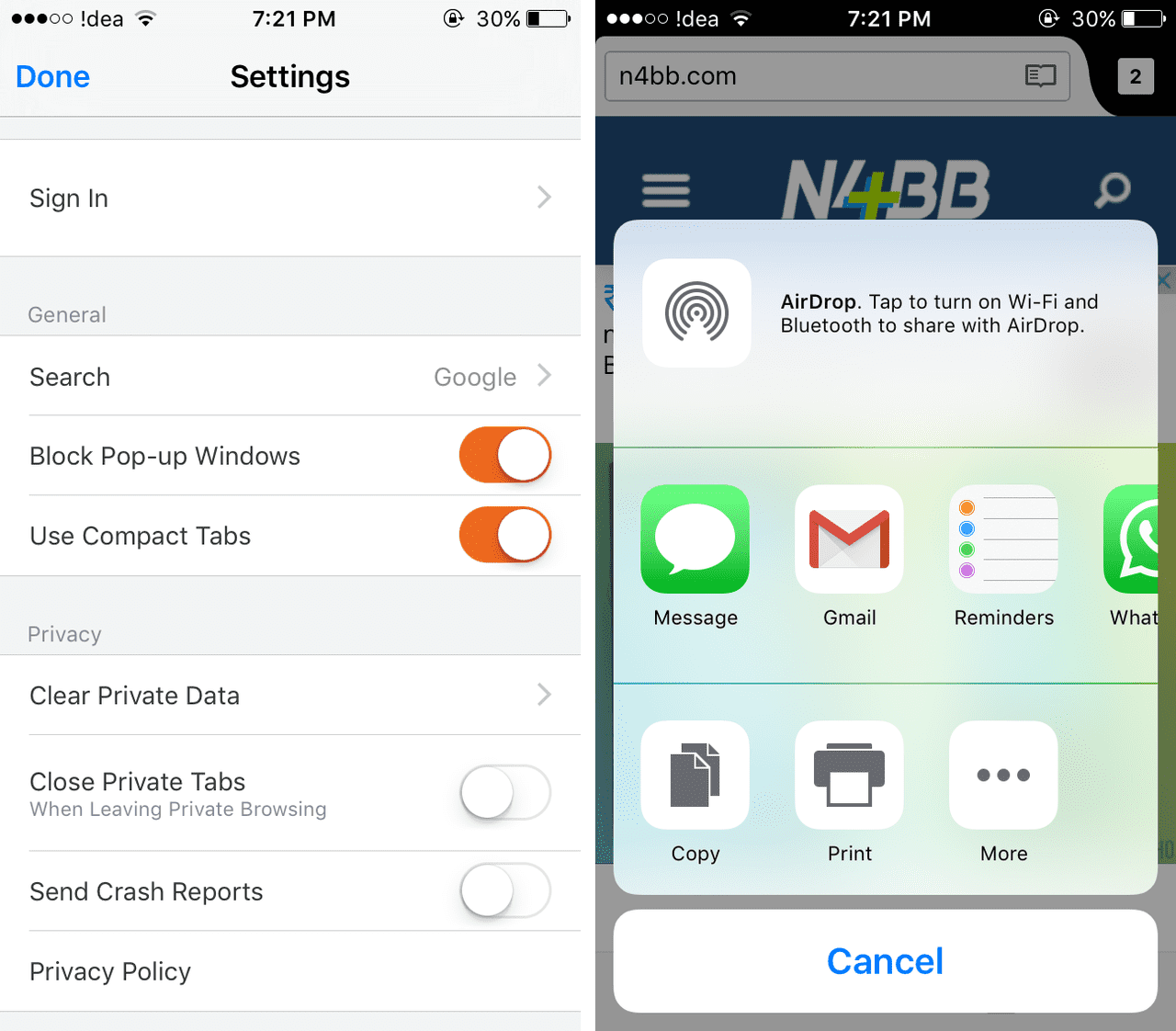 Sharing a webpage/article is similar to what you find on other iOS browsers.

Mozilla recommends that you place the Firefox icon on the dock for easy access, which is an indirect way to say that they want you to replace Safari with Firefox. We reckon you should do what you want to do. If you’re a Firefox user, you’d perhaps like to have the browser on the dock of your iPhone, iPod Touch or iPad.

Firefox for iOS is a really good browser and the fans are going to like it very much. Watch this video showing some of the browsers’ features.

You can download Firefox for iOS from the App Store for free.