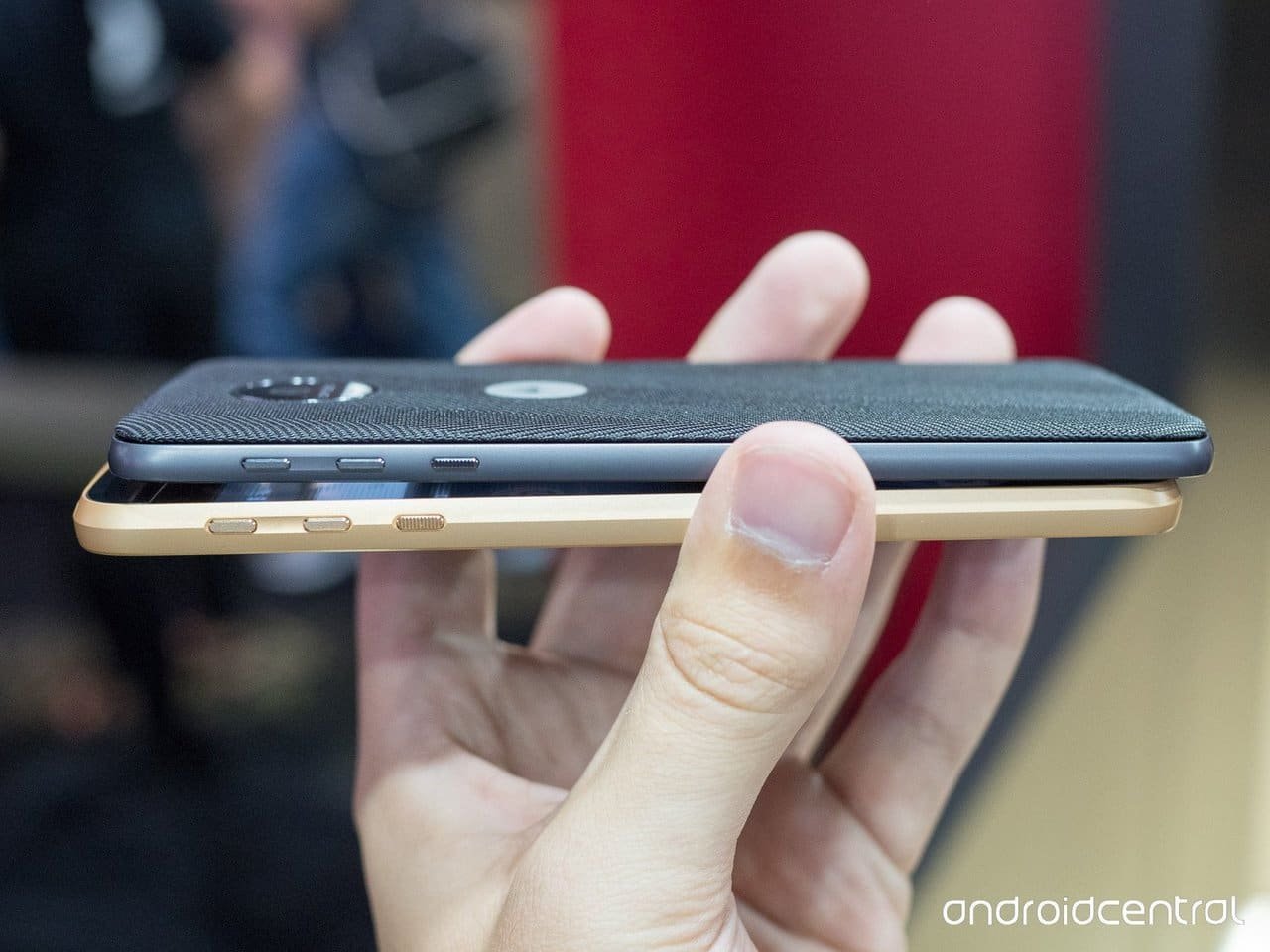 Lenovo Tech World 2016 in San Francisco on Thursday witnessed the unveiling of two new Motorola phones. The much awaited Moto Z and the Moto Z Force are the company’s latest flagship smartphones.

As expected, the major highlight of these new Motorola phones is the Moto Mods, the magnetic snap-on back panels. This is a new system for accessory add-ons.

Moto Z and Moto Z Force have 16 pins on the rear panel which attach to the back of the phones via magnets and provide improved audio with the JBL SoundBoost speaker, a Moto Insta-Share projector, Offgrid Power Pack with a 2220mAh built-in battery and other features, giving the new Motorola phones a completely unique look.

The Mods are integrated into the phone’s software. So when you attach a Battery Mod to the phone, you will be able to check the charging of both the internal battery and the mod’s cell. When you attach the SoundBoost Mod, sound comes out of the speakers automatically, without the need for any set up or pairing.

Mods can be attached or detached on the fly without rebooting the phone.

These new Motorola phones will ship with Android 6.0.1 Marshallow out of the box, sport a USB Type-C port and a fingerprint scanner on the home button.

There is one feature that’s missing – the 3.5mm headphone jack. You will have to either use a Bluetooth or the adapter that comes with the phones, to plug headphones into the USB-C port.

Motorola claims that the Moto Z is the thinnest premium smartphone in the world at 5.2mm – without attaching any Mod accessories.

Moto Z Force has some of the same features as the Moto Z, but comes with an upgraded camera; a shatterproof display panel; and a more powerful battery. This makes the Force slightly thicker than the Z.

Both also come with a water repellent coating.

In the United States, these Motorola smartphones will have Droid branding on them, and will be called Moto Z Droid and the Moto Z Force Droid.

The Droid edition will be exclusive to Verizon and will launch this summer in the US.

The Moto Z and Moto Z Force will be available unlocked in the US and other parts of the world from September.

Prices for the two new Motorola phones or the Mod accessories has not yet been announced.