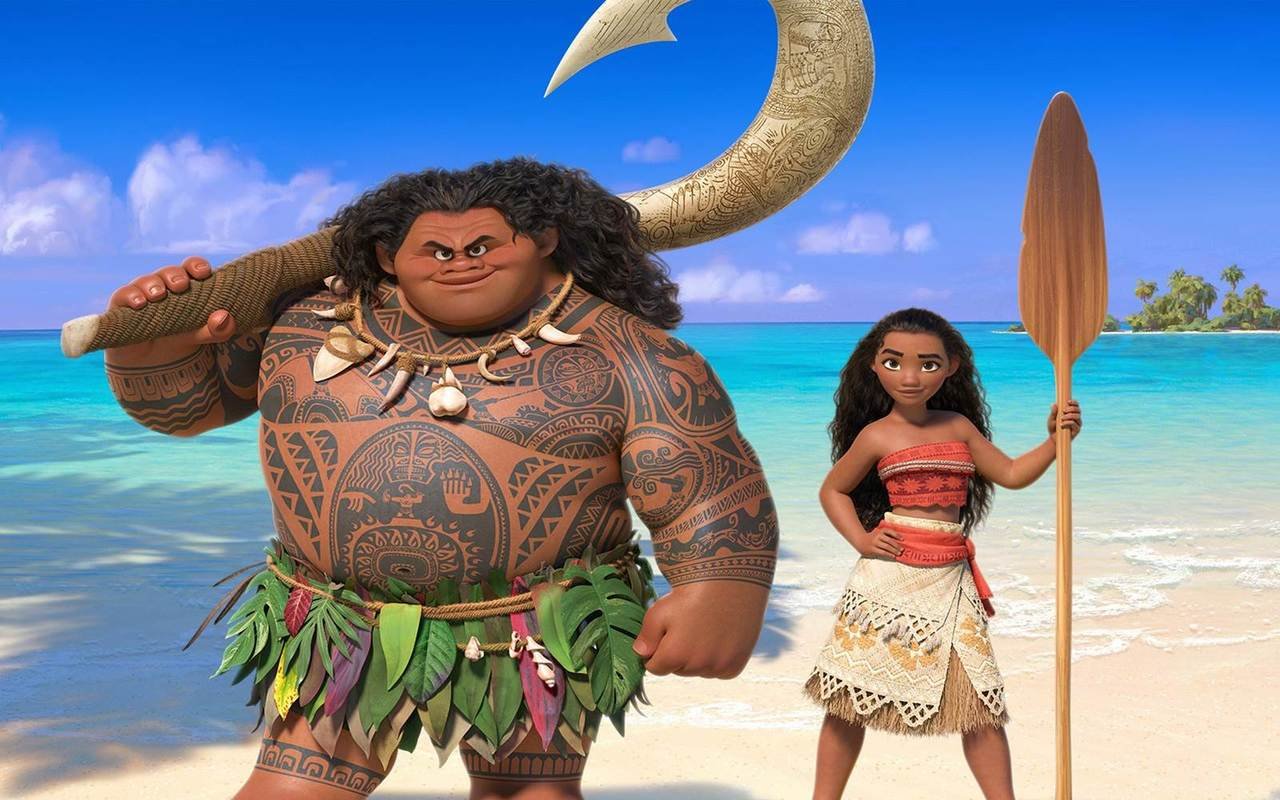 The highly anticipated Disney Moana trailer is finally here in all its full-length glory – and it doesn’t disappoint.

We’ve been served some pretty promising teasers up to this point, and if those weren’t enough to get you on board, the new trailer will definitely get you in the theaters come Thanksgiving time.

While the Disney folks went with a big name when casting Dwayne Johnson as the voice of a demi-god Maui, newcomer Auli’i Cravalho is amazing in the role of Moana.

Johnson introduced the Disney Moana trailer on Good Morning America and he’s got a lot of love for the film.

Dwayne explained: “It seems like the world is very excited for Moana. I think it’s a really special movie. I saw it. I really loved it.”

“A lot of times when you see a movie, you try not to get drunk on your own wine, but the movie’s really good,” he added.

Following the premiere of the new Moana trailer, Johnson shared more excitement on Instagram, writing: “As I’m here in Hawaii, a place where I grew up, I’m reminded why this story is so special. It celebrates the wonder of mother nature, our rich Polynesian culture of the South Pacific and most importantly, the bonds of ohana (family) that reach far beyond these islands. I know our superstar @AuliiCravalho feels it’s mana (spirit) too. Can’t wait for you guys to see the film and enjoy the music by our masterful genius, Lin-Manuel Miranda.”

What happens when Maui and Moana join forces? Based on the Moana trailer, it looks like it won’t be short on adventure and comedy, for sure.

The one thing it will be lacking? Romance. Nope, they won’t be dipping into those princess stereotypes that we’ve seen so many times in Disney movies.

Princess Moana isn’t the typical damsel in distress, looking for her prince.

Reports VIA L.A. Times reveal that during a San Diego Comic-Con panel for the film, directors John Musker and Ron Clements were asked why Moana isn’t like other Disney princesses. Musker kept it short and sweet, noting, “There is no romance in the movie.”

What’s the Disney Movie ‘Moana’ About?

Princess Moana, the daughter of the chief of her tribe, uses here navigational skills to set sail across the open ocean for a fabled island. Joining her on the adventure is her hero, the legendary demi-god Maui.

Along the voyage, they battle the treacherous ocean, spirits and everything it hides, all the while learning what the true power of love between friends can accomplish.

Moana not only fulfills the ancient quest of her ancestors but also discovers her own identity.

Disney describes the new film as:

a sweeping, CG-animated feature film about an adventurous teenager who sails out on a daring mission to save her people. During her journey, Moana (voice of Auli’i Cravalho) meets the once-mighty demigod Maui (voice of Dwayne Johnson), who guides her in her quest to become a master wayfinder.

It doesn’t end with the Moana trailer. More Moana teasers and fun will be heading your way soon, as Johnson announced “Moana Mondays,” explaining on Instagram that new stuff will be revealed every Monday from now until the film’s Thanksgiving weekend release.

In a recent Tweet, Lin-Manuel Miranda himself revealed that one of his songs made his wife teary-eyed.

It is going well.
I played a new tune for my wife and she got teary and she's the toughest. So you guys are dead. https://t.co/5hfJXK8jrC

Watch the Moana trailer now and look for Moana when it lands in theaters on November 23.