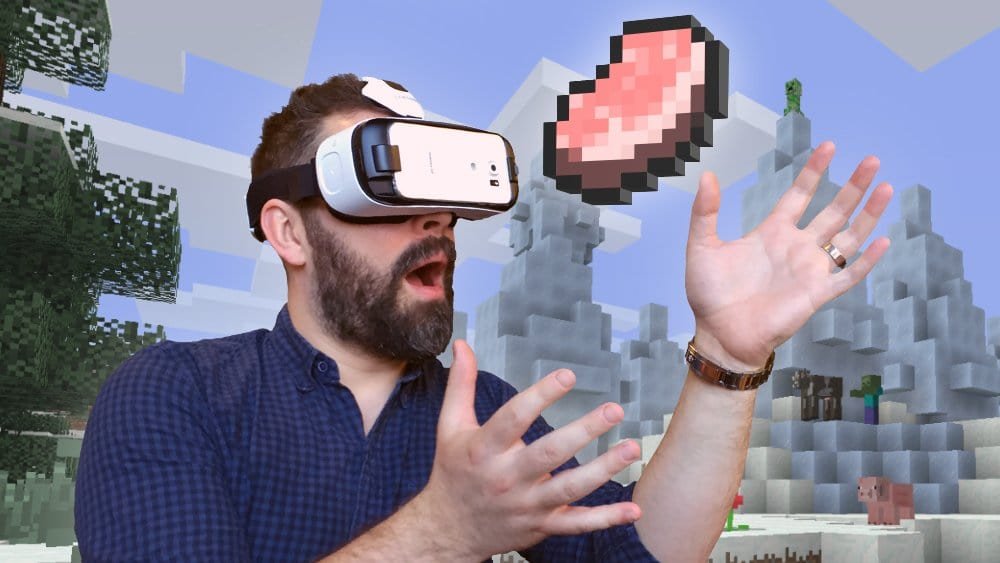 You can now play Minecraft in Virtual reality, well, almost. Mojang has released a Minecraft Gear VR Edition, which is now available on the Oculus Store.

If you own a Samsung Gear VR headset, you can download Minecraft and enjoy the game in virtual reality. Of course, you’ll also need a Samsung smartphone, preferably the Galaxy S6, S6 Edge, Note 5 or the latest Galaxy S7/S7 Edge, to truly enjoy the game.

Mind you, this isn’t the full Minecraft game, but the Pocket Edition. Still, you can now experience the world of Minecraft in Virtual Reality without having to wait for the Oculus Rift edition. Yes, an Oculus Rift edition is in the works, but a release date hasn’t been confirmed yet.

Minecraft Gear VR Edition supports all the features of Pocket Edition, including Creative and Survival modes, skins, and multiplayer. You can choose between the more comfortable default theater view or the more intense and immersive first-person view that lets you stand beside your creations.

Imagine roaming the Minecraft world as if you’re actually there, walking through the forests, the caves, building things, and battle mobs. You will require a gamepad to move around in the game, so it’s best you get one.

This can get addictive, so Mojang warns that you take breaks while playing the game in VR. It is very immersive, unlike the 2D desktop editions. The Gear VR edition also features 3D audio.

Mojang has taken care when developing the game for Gear VR. They’ve made several tweaks to the game so it doesn’t strain your eye much, or make you feel giddy.

Minecraft Gear VR edition is currently available from the Oculus Store for $6.99. You’ll need a Gear VR headset and a Samsung smartphone to download and play the game. Otherwise, you could just enjoy the 2D edition, in the form of Minecraft: Pocket Edition. It’s the same thing, except for the virtual reality.