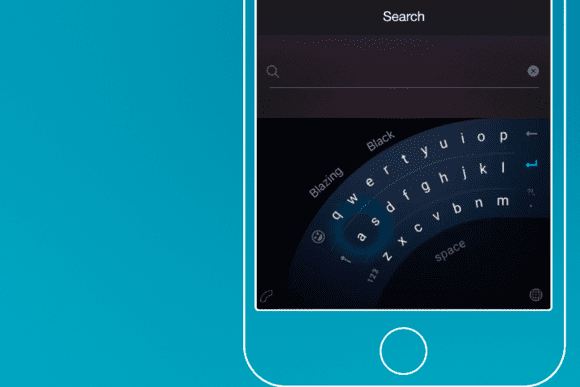 This isn’t the first keyboard that Microsoft has developed for iOS. After purchasing SwiftKey, the company released the Hub keyboard for iOS, which allows you to view documents, translate and more, from within the keyboard.

“Our app is currently in a closed beta release, which means we want to get it just right before we open it up to everyone.”

However, on iOS, you get two extra features. The Word Flow keyboard allows you to type either by swiping or tapping on the keys. You can also customize the keyboard to your liking by changing the background. The keyboard will also predict words such as contact names and frequently used words to help complete a sentence faster.

Another cool feature of this keyboard is the ‘Arc’ one hand mode, which allows you to type using one hand on devices like iPhone 6s and 6s Plus. This mode can be accessed by swiping from the left or right of the keyboard. Once activated, the keyboard takes an arc shape, providing easy one-handed access.

Other features will also be added when the keyboard is released to the public. Microsoft hasn’t mentioned any details regarding the release date for the Word Flow Keyboard for iOS. However, if you want to test the keyboard, you can head over here and Sign up.

Microsoft is expanding and wants to have a presence across all platforms. The company has released other iOS apps as well, such as Microsoft Selfie.

Now available in the App Store

Update: May 01, 2016 – Microsoft has released the Word Flow for iOS keyboard in the US App Store. You can now follow the link below to download and try out the new Word Flow keyboard for iOS. It’s available as a free download.