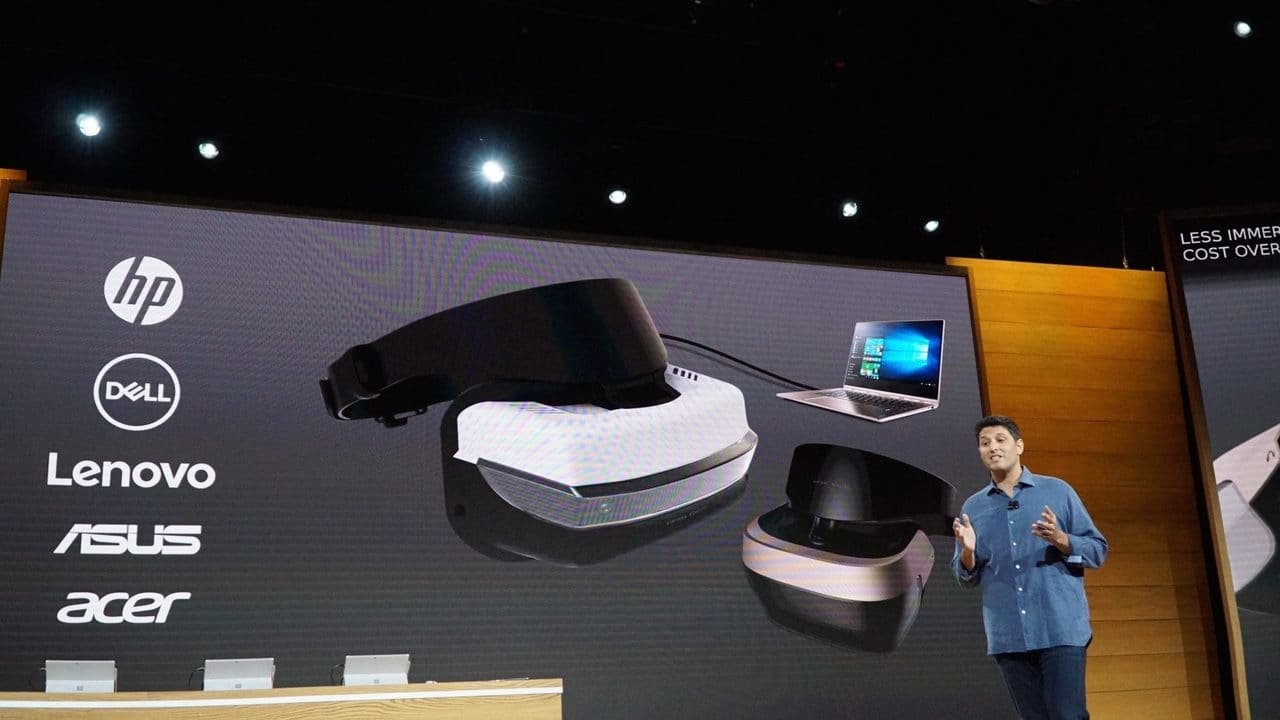 The unveiling of Microsoft’s VR headsets for Windows 10 perhaps got somewhat overshadowed by the surface studio hardware during the last week. However, Alex Kipman, chief of HoloLens has now revealed that more details of the VR headset will be announced by Microsoft during an event scheduled for December. Microsoft has planned two events in December itself, the first one coming on December 8 and 9 while the second is scheduled for December 14 and 15.

More details of VR Headsets for Windows 10 at forthcoming events

At both the scheduled events, Microsoft will be detailing the hardware plans for the VR headsets. Both events are primarily designed for hardware makers to gain better understanding of the software plans for the upcoming Window Holographic. VR headsets for Windows 10 are being manufactured by Microsoft in partnership with Lenovo, HP, Acer, Dell, and Asus. The VR headset will plug into Windows 10 PCs to provide the Windows shell and Holographic experience. Shipping of the device is expected to start in March 2017 and could be priced at $299 plus.

Assuming Microsoft can convince the makers of VR headset to allow Windows Holographic to power the headsets, it can build a platform around the VR for selling apps and games that are powered by Windows 10. Microsoft’s intention is to make the pricing of entry to the VR world more affordable. Towards this objective, Microsoft is also sharing key R&D data on Hololens with its partners.

The first device is slated to be similar in look and feel to the traditional VR headset sans the ability of Hololens in producing mixed reality projection. The initial batch of these devices is expected to function like other VR headsets that are connected to a PC and support 6 degrees of maneuvering as well as tracking inside-out. Since there will be different price points, the VR experience will also correspondingly differ. Microsoft has so far not revealed what we can expect from the low-cost devices. However, we can expect to find answers to many questions at the December 8 event, hopefully.