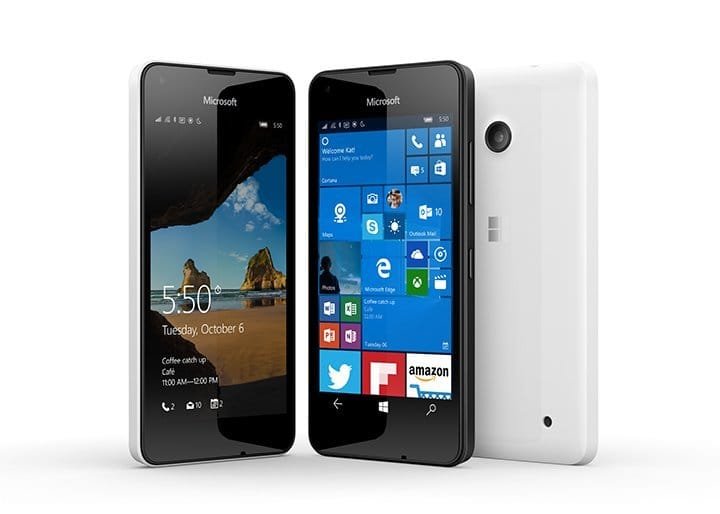 Microsoft Lumia Phone X Leak: Could This Be the Surface Phone?

A new video, posted by Microsoft China, gives us a glimpse at an unreleased Lumia device. According to the description, it’s called the Lumia Phone X.

There’s no such device as a Lumia Phone X, but several rumors have pointed towards a Microsoft Surface Phone.

Microsoft makes the Surface, the Surface Pro and the Surface Book. They might join the smartphone bandwagon soon and release a Surface Phone. Or it could’ve been an honest mistake from Microsofts’ side.

You can’t really tell much from the video, but the device looks all square and fat while running a version of Windows 10 mobile. The video itself did not reveal much, but it was the description that gave away the Lumia Phone X.

HOMEMADE WELCOME MOBILE PHONE CONTINUUM, THIS FUNCTION CAN CONVERT YOUR PHONE LARGE SCREEN PROJECTOR AND UTILITIES. USE DOCK OR ADAPTER TO CONNECT TO A TV OR MONITOR, AND THEN USE YOUR APPLICATION ON A LARGER SCREEN AND VIEW YOUR CONTENT. YOU CAN ALSO MAKE YOUR MOUSE AND KEYBOARD COMPUTER PHONE HAS THE SAME POWERFUL FEATURES, SUCH AS PRODUCTION OF OFFICE DOCUMENTS, SEND E-MAIL, AND EVEN TYPE TEXT MESSAGES. UPON COMPLETION, THE FILE WILL BE SAVED ON YOUR PHONE, YOU CAN CONTINUE WORKING. OF COURSE, YOU CAN WATCH VIDEOS, VIEW PHOTOS, SURF THE WEB AND SO ON. NOTE: THIS FEATURE REQUIRES A COMPATIBLE MOBILE DEVICE IS INTENDED FOR USE, FOR EXAMPLE LUMIA 950/XL, LUMIA PHONE X AND ACER JADE PRIMO.

The video shows how to use the Continuum feature present in Windows 10 mobile. The description has since been edited, but it clearly mentioned that either a Lumia 950, Lumia 950 XL, Acer Jade Primo or Lumia Phone X is required to run Continuum.

The new feature lets you connect your phone to a big screen to increase productivity, similar to mirroring on Android and iOS. However, with Continuum, your phone apps adapt itself to the larger screen, turning into more powerful apps. It almost turns the other display into a Windows 10 PC.

Continuum currently only supports devices that run the Qualcomm Snapdragon 617, 808, or 810 processors and Windows 10 mobile. The devices also need to have a certain amount of RAM, 2GB minimum and 3GB recommended, to be able to use the feature.

We’re not sure if Microsoft plans on releasing a new Windows 10 Lumia smartphone in 2016, because the last one, the Lumia 650, is coming out soon.

What is the Lumia Phone X? Is it the rumored Surface Phone? Or is it a high-end Lumia device for 2017? Let’s hope we find out soon.