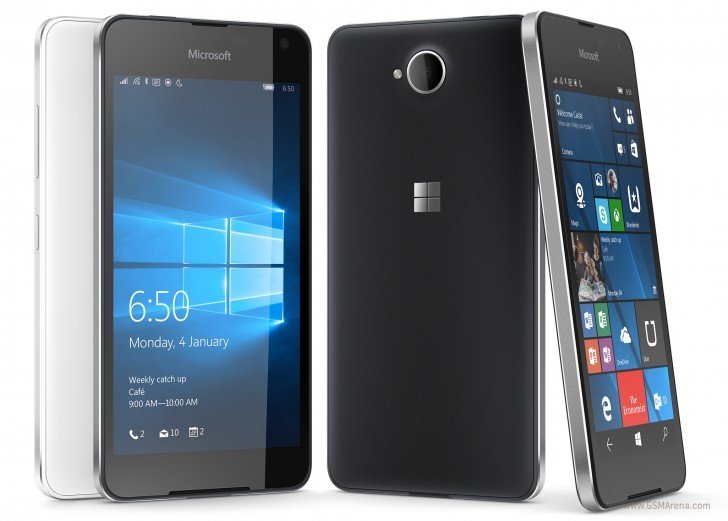 The much awaited low-end Microsoft Lumia 650 running Windows 10 has been finally announced and it will go on sale starting February 18.

Microsoft is calling this; a business oriented Lumia smartphone. It’s still a cheap entry level device, but now, it doesn’t look like one. For $199, we don’t think you’ll find a better looking smartphone that the 650. It features a polished, diamond cut and anodized aluminum frame with changeable plastic back covers, weighs 122 grams and is only 6.9mm thick.

This is a low-end smartphone from Microsoft, but it has a good build and Windows 10 productivity apps. That should make this a very good budget phone.

Not much of a stunner when it comes to specifications, but you do get better cameras, build, AMOLED screen and more internal storage, compared to the Lumia 550. The battery is smaller compared to the 550, which could lead to shorter battery life.

Like we mentioned before, Microsoft is calling this a business oriented Lumia, which means you’ll get features such as Office apps, OneDrive, Cortana, Universal Windows apps, business apps, enterprise-level security and much more. In a video, Microsoft explains why this Lumia is the smart choice for your business.

The smartphone is equipped with Cat 4 LTE and has most connectivity options such as Bluetooth 4.1, NFC, WiFi 802.11b/g/n, GPS, GLONASS, and FM radio receiver. There’s also a dual-SIM version that will be available in select markets.

According to Microsoft, the Lumia 650 will go on sale in select places in Europe, on the 15th of February. It will be available in Matte black or Matte white and cost you around $199 before taxes. You can pre-order the device from Microsoft Store UK for £160.