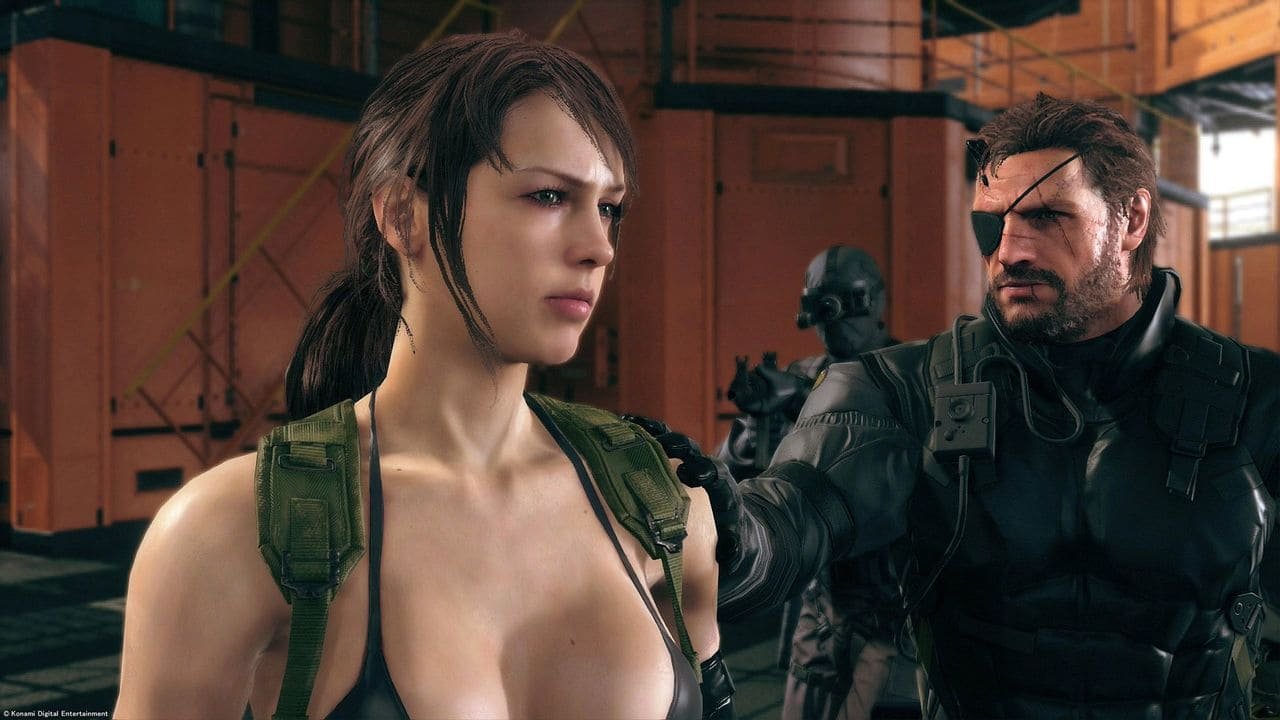 It’s been some time now since the release of Metal Gear Solid: The Phantom Pain, which was soon followed by its online mode. Just like any game hoping to give players reasons to want to keep playing, there comes a time when it needs some new life in the form of DLC and expansions. So fans of the game will be happy to hear that not only will there be the “Cloaked in Silence” expansion be arriving in two weeks (March 15th), but also it’s not been announced that a new survival mode will be released in April.

“Cloaked in Silence” will come with three new maps (Rust Palace, Coral Complex and Azure Mountain), as well as the addition of Quiet the silent and deadly sniper as a playable character – who will have her own special moves. The expansion also gives players access to the new “Appeal Action” feature, which gives your character up to five different actions to taunt opponents, or allies if you want to.

Along with the launch of “Cloaked in Silence” there will be a free update that will add a new type of mission called “Sabotage”, which is described below: 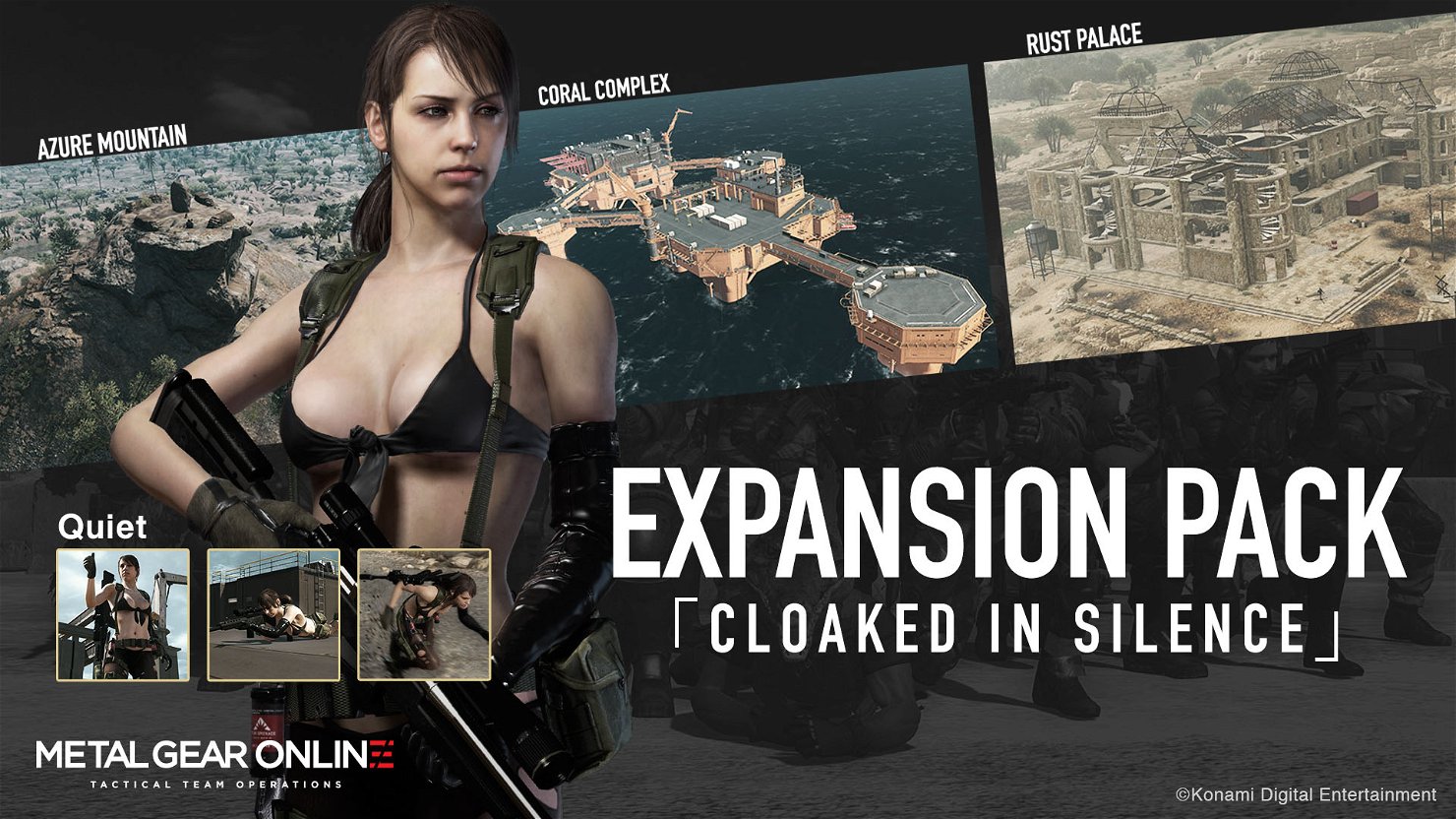 Continuing with their efforts to bring some new life to Metal Gear Online Konami have announced that a new game mode will be arriving on April 7th. The new “Survival” mode will put teams of players against each other to achieve the highest streak of wins. This mode will be available for free, but the only catch is that you can only play the survival maps up to ten times each week (resetting on Tuesdays). Unless of course you have happened to buy the Cloaked in Silence expansion, which means you will have as much access as you like.

Metal Gear Solid: The Phantom Pain is available now for Xbox One, PS4 and PC.

The Cloaked in Silence expansion will be released on March 15th, with the new Survival game mode arriving the following month on April 7th.