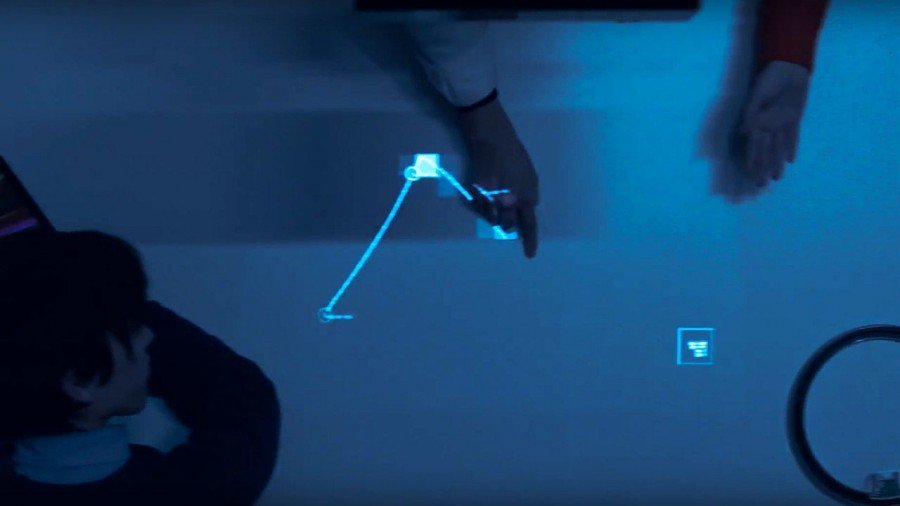 When science fiction and reality merge, your tables turn into touch-sensitive displays. Always in the forefront of innovation, Sony’s new projector can turn any surface into a Swish Touch Display.

With Google’s artificial intelligence defeating world sports champions and their cars driving themselves around in Austin, Mountain View and now Kirkland; the news of Sony turning sci-fi tech into reality may not come as a surprise but it certainly is fascinating.

Sony’s futuristic projector technology – an Interactive Tabletop that turns any surface into a swish touch display – was revealed at SXSW (South by Southwest conference) Austin over the last weekend.

Similar to Google’s X Division, Sony’s Future Lab – an R&D group, is responsible for this latest projector prototype that can change the way we use projectors, and perhaps our tables.

According to the Verge, one of the objects placed on the table was a teacup. The projector detected it and revealed information, such as the depth of the cup.

As part of a demonstration of how this new tech can bring books to life, Sony showcased an interactive version of Lewis Carrol’s Alice in Wonderland, where the fairy tale was brought to life in awe-inspiring tabletop animations.

The prototype was programmed to recognize Alice in Wonderland. At the demonstration, when the book was opened by a Sony representative, the animations sprang to life. As fictitious as it may seem, these animations can be dragged off the page and made to interact with nearby physical objects, like a teacup.

As fictitious as it may seem, these animations can be dragged off the page and made to interact with nearby physical objects, like a teacup.

Hovering the fingers over any portion of the surface, highlights the grid of light the projector uses to monitor hand movements. Pressing a finger results in the tabletop tracking the direction of the hand.

While the practicality of a projector like this seems limited for now, it’s not hard to visualize this excellent device being used as an educational tool that turns all those amazing fairy tales and history books into animated interactive lessons.

It could also support some of the augmented reality and hologramatic headsets like Microsoft’s HoloLens that are about to be launched on the market.

Sony stresses that this is just a prototype and we may not be able to get our hands on one anytime soon. But when Sony finally makes it available either as a consumer product or an educational tool, something this cool is bound to change lives.

The future is closer to reality than you think.