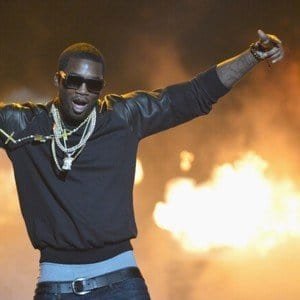 Meek Mill is a Philadelphia-born rapper. His real name is Robert Rihmeek Williams, he was born on May 6, 1987.

In recent news, Meek Mill and 50 Cent have an on-going feud on InstaGram. Mill took shots at 50 Cent about 50 Cent’s most current track, which was released the previous Saturday. Meek Mills had tagged 50 Cent in a distasteful picture. He had called the rapper various things including, miserable and a loser. 50 Cent responded back with a picture of Meek Mill, his head replaced by the poop emoji it said “LMAO Hey s— head, your career is over already. you better focus on getting Nikki pregnant so you can at least get child support girl. new meek emoji lol” as stated in a recent report from ibtimes.com. The rapper is also known for controversies with other artists in the rap industry. These include a boycott for his song “Amen” due to his lyrical mayhem of the song reverends found it to be offensive, as well as issues between rapper Drake and Mill.

Meek Mill has worked with numerous record labels through his music career. He was signed on to T.I ‘s record label until February of 2011. After that, he signed a record deal with rapper Rick Ross. Then after leaving that record label, he began his record label known as “Dream Chasers Records.”

At 18 years old Meek Mill was arrested for owning an illegal firearm and assaulting an officer. He was sentenced to probation.

Order in the Court

Meek Mill was arrested yet again in 2008 for a drug deal and gun possession. He was arranged to serve a sentence of 11 to 23 months in prison. After his release in 2009, he signed a five-year probation agreement. He has also violated parole around a jaw-dropping four times as well.

Meek Mill’s net worth, is said to be $3 Million.