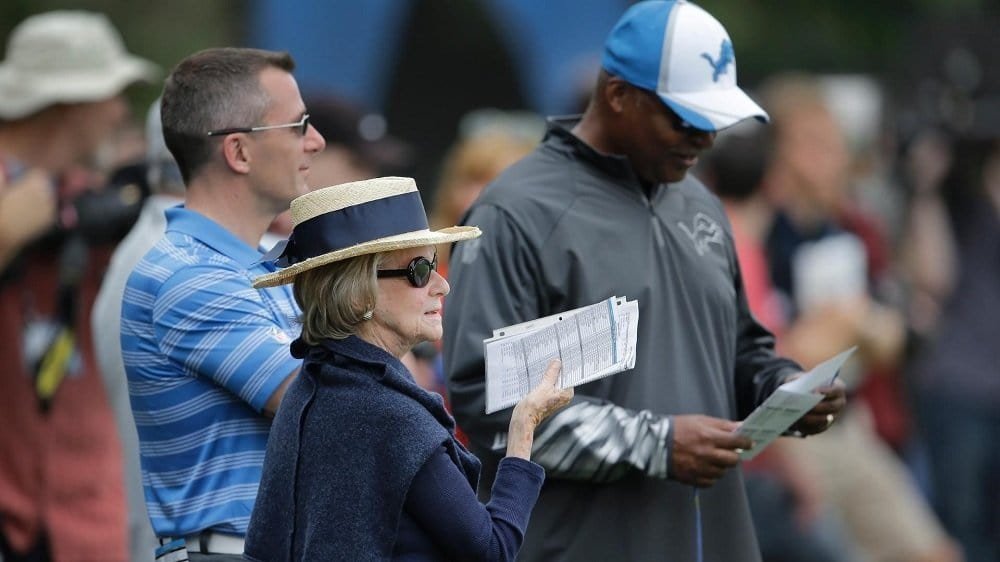 Martha Ford Net Worth: The Woman Behind Detroit Lions

American businesswoman and the majority owner and chairman of the NFL team Detroit Lions, Martha Ford has a net worth of $1.45 billion.

Born on September 16, 1925 in Akron, Ohio to Harvey S. Firestone, Jr and Elizabeth Parke Firestone, Martha Ford graduated from Vassar College in 1946. Belonging to one of the wealthiest families in United States, Martha married William Clay Ford in 1947 and the two set out on building one of the richest empires in the world today. Her marriage was also considered ‘the biggest society wedding in Akron’s history’ while the two received gifts from top government personnel, celebrities and media publishers.

Her family is best known for the Ford Motor Company where her son William Clay Ford, Jr. serves as the Chairman of the Board of Directors as of 2015.

William, who was the sole owner of Detroit Lions bough the company in 1963 for $4.5 million while after his death at the age of 88 on March 9, 2014, all of the controlling interest of the club was passed to Martha. One of the very few female NFL owners today, Martha Ford owns majority of the team while each of her four children hold small shares.

Martha currently resides with the extended ford family in Grosse Pointe Shores. Her net worth is valued at $1.45 billion today which ranks her as the 1,250th richest-person in the world and the 418th richest person in United States.