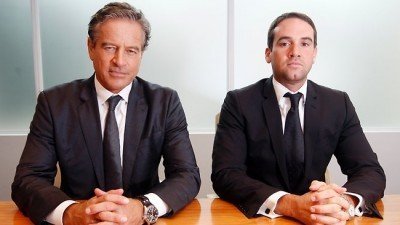 In today’s economy, entrepreneurs are taking over most brick stone business. In today’s world without innovation and creativity, businesses simply will not flourish. One example of this is Australia native Mark Bouris, well known millionaire strategic and creative in the world of finances, technology, and innovation.

He is also board member and support of Sydney Roosters Rugby League, and as well as the Rugby League of Australia.

From the 1990s to the 2000s Mark Bouris stared in the home loan commercials for Wizard Home Loans.

Following that, June of 2009 he became part of Australia’s The Apprentice TV Show Franchise, which lasted one year.

In 2011, he appeared on Celeb Apprentice Australia.

Today he runs his own show via iTunes or RSS, The Mark Bouris Show, which helps entrepreneurs and business savvy alike. Through culture, business, and ideas, he hopes to inspire and grow the minds of those who want to make their mark in the business industry.

Bouris has landed his spot on many different lists of the rich and famous. His net worth comes in at over $200 million!

In 2005, Bouris received an award from BRW Rich and again in 2007. This is a high social status list in Australia of the 200 most wealthiest people an families. The ranking is set by the largest wealthiest individual and/or family funds to lowest, however, it is only by the top 200 candidates.

This year, Australia Day Honours nominated Bouris to become a member of the Order of Australia for his outstanding work in finances, home loans, education, and charity.

Rumble In the Family

Mark’s son, 33 year old, Dane Bouris, was seen in court, November 4th,2015 for accusations of domestic violence of his 22 year old model girlfriend. However he was found not guilty.

“The night before the accused attack, Bouris had told his girlfriend he would be going over to his father’s Mark Bouris, to watch TV with his father and brother and would be home that night. Rather he returned 4 PM the next day and appeared intoxicated”, as claimed by the 23 year old Ms. Dankwa.

She further continued to claim that she was getting ready to head out the door if Dane’s estate when he put her in a choke hold and called his various profane words.

She claimed she could not breathe, and then had kicked him.

Mr Dane Bouris had said “I remember being kicked in the head and possibly the chest a couple of times”.

Judge Michael Barko had reported that there were no marks, or evident signs that hinted at any type of altercation between Mr Bouris and his girlfriend, Ms. Dankwa, thus, Dane was released from court and all charges were dropped against Mark’s son, Dane.

It is obvious, that the Bouris family is a powerful, wealthy family, and with is will continue to succeed in any en devours they choose!