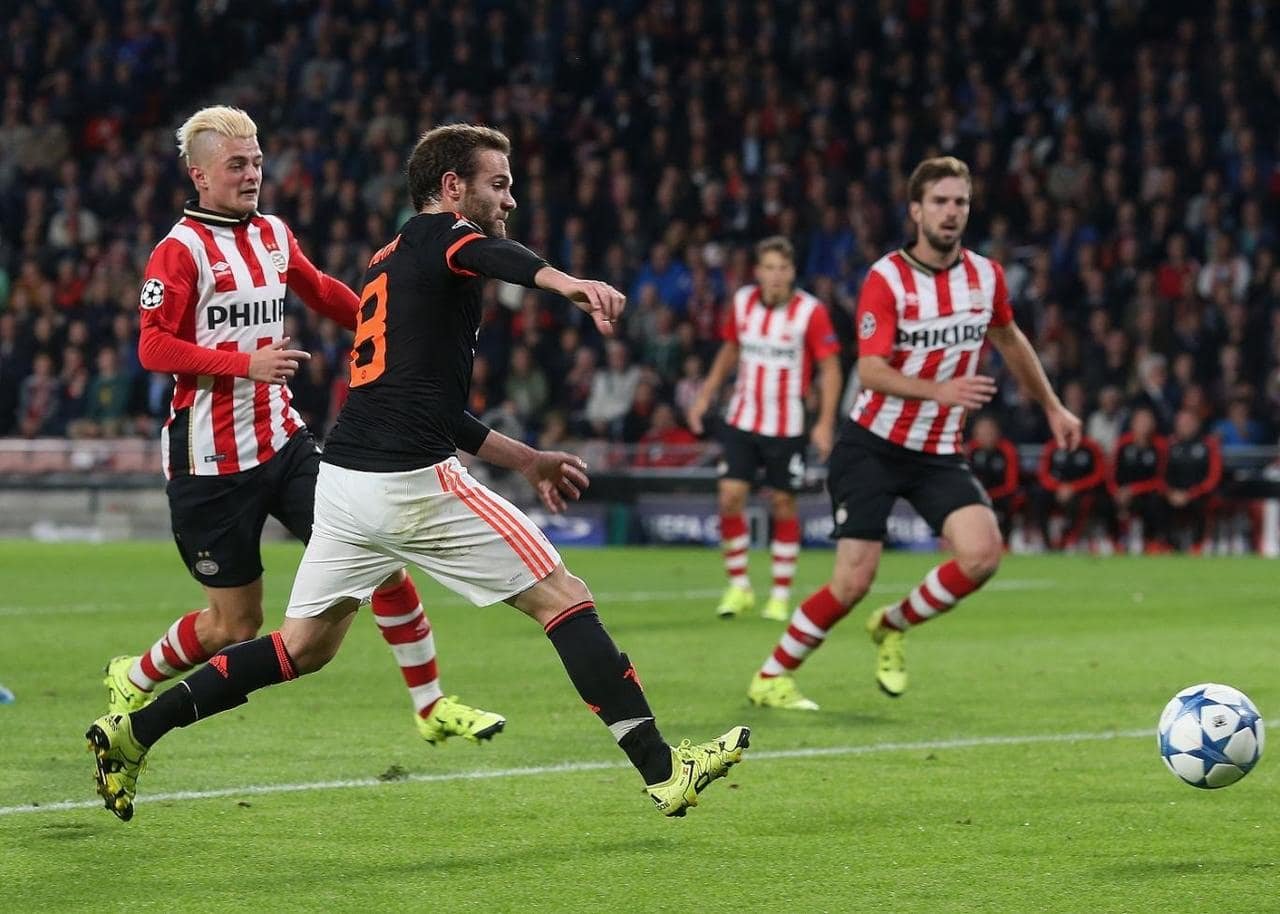 Premier League giants Manchester United require only a win against PSV Eindhoven to make sure they get a place in the knockout rounds of the Champions League. However, Eindhoven will also be looking to move to the top of the table with a win away from home.

Manchester United are going on strong on the domestic league and currently stand second just behind Leicester after 13 games. The Red Devils side have been criticized the whole season for their boring game play under manager Van Gaal, but with wins and moving up the table has shut down the negatives.

Led by English captain Wayne Rooney, Manchester United failed to score in three games recently, as Martial was shifted to a left-wing position and the captain playing as a lone striker. The defense looks strong and sturdy. United side have allowed only nine goals past them this season and their home form looks pretty strong.

United lost to PSV in a 2-1 score line before while they also lost Luke Shaw on injury who’s out for six months now. The team bounced back and came up with wins against Wolfsburg and CSKA Moscow. This premier league side will surely be looking forward to cheer the home crowd when they take against PSV on Wednesday.

Dutch side PSV Eindhoven have an impressive 34 goals so far this season and they’ll do everything possible to break down United’s defense at Old Trafford. With a decent chance of moving to the top of the group, this side already have a home advantage while they only suffered one defeat in domestic league placing them third in the table.

It’s away records that PSV will need to worry about as they’ve won two and lost two in Europe. But, their prolific league scoring record showed scare away United’s defense to some extend this week.

The English side will be enjoying home advantage when they see PSV on Wednesday. Plus, the team looks really strong and they’ll be opting to make their way to the knockout stages with a win. We predict 3-1 to Manchester United!