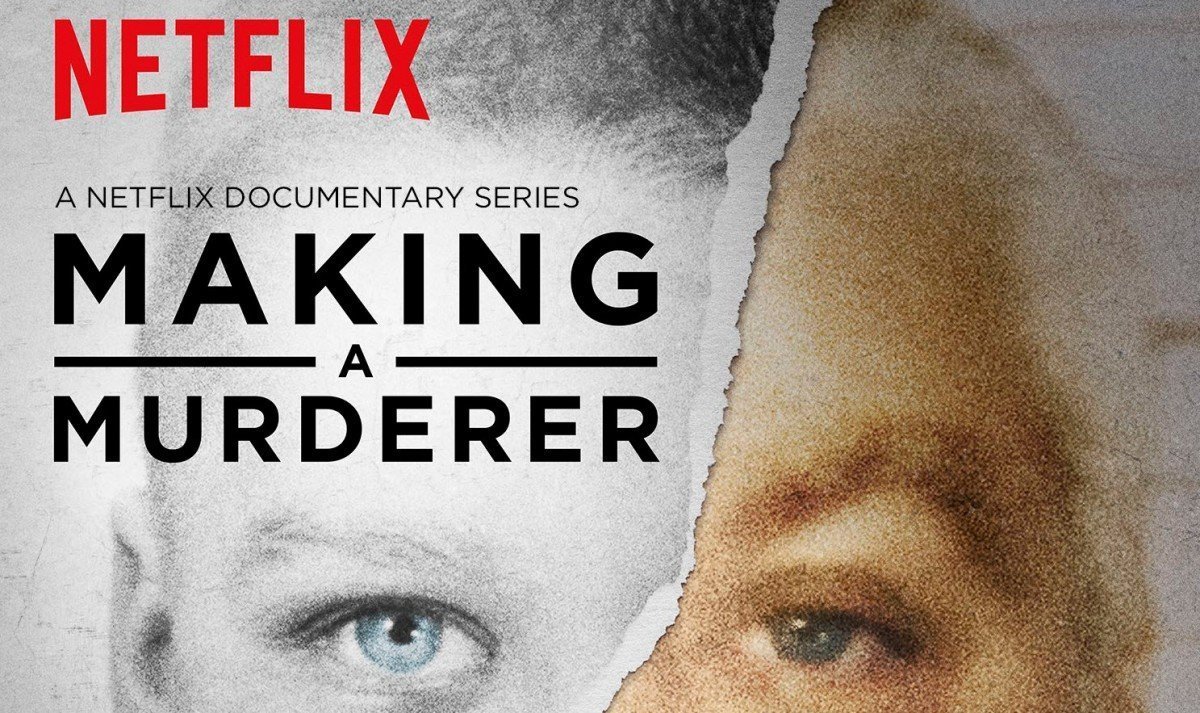 Making a Murderer has given us one of the most thought-provoking, terrifying, and mysterious documentaries in the murder genre that has ever been seen. Produced as a documentary-series hybrid, Netflix was somehow able to get audiences really questioning just how air tight the system of law and order in our country really is. Despite your feelings on whether Steven Avery and Brendan Dassey were at fault for Teresa Halbach’s murder or not, there’s no doubt that everyone can agree that the documentary raised more questions than it answered.

The series has been widely-acclaimed as one of the best in the genre, but it isn’t the only one of its kind. In fact, many other productions have shaken our thoughts to the point where we question the validity of our criminal justice system. What’s mostly horrifying about them is that it’s not like a Hollywood film- you can’t just ignore it because “it isn’t real”. This stuff happens, people, and that’s why it scares us.

Here are 12 more documentaries like Making a Murderer that’ll send chills down your spine.

1. The Jinx: The Life and Deaths of Robert Durst 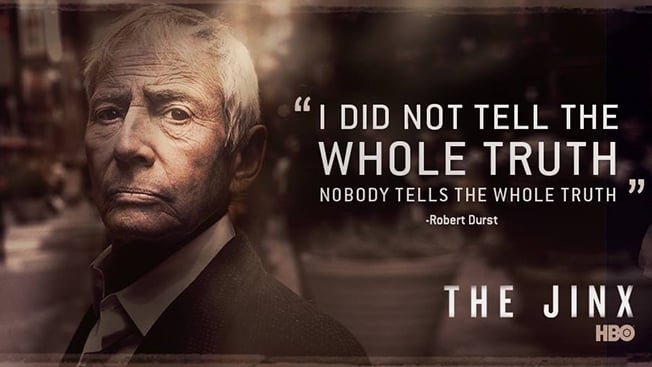 I’ll try to keep spoilers as minimum as possible, but this documentary following the suspicion of the heir of nice luxurious real estate, Robert Durst will leave you at a loss for words by the time it’s finished. Another series of documentary episodes, it provides an insider’s glance into the life of this potential criminal. The recreations of the crimes he was accused of are top notch and somewhat terrifying, but as I said before, it’s the ending that really gets you. 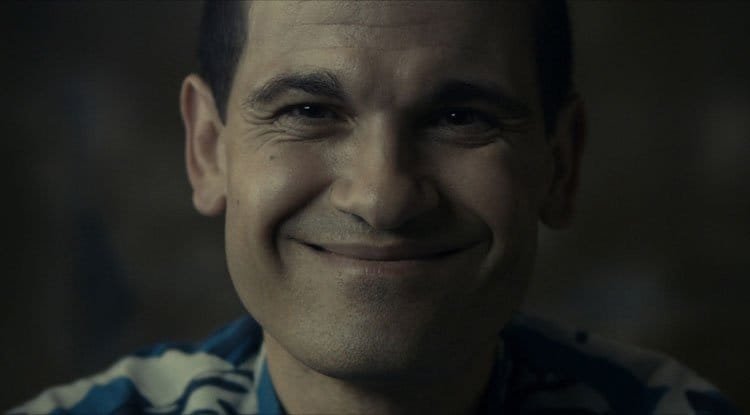 The tale of the missing Nicholas Barclay is a sad one for the Barclay family. So you can imagine their joy when a young man appeared to them claiming to be their long lost boy. However, there was something a bit off, as the man looked nothing like Nicholas, and a French accent to boot. Turns out that his real identity was Frédéric Bourdin, and the heartbreaking story that follows will leave you running for the tissues. Two countries shared in the grief that came from this one man. 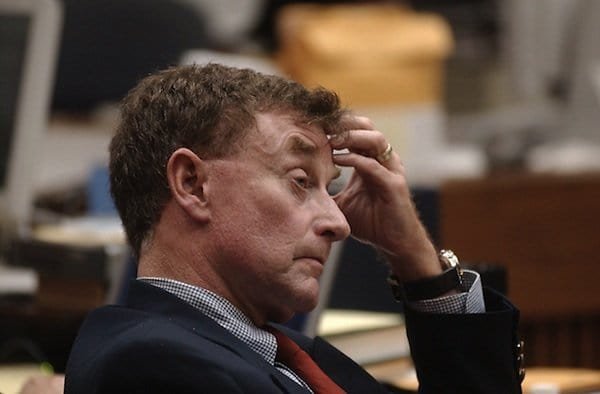 This one hits home to me more than the rest, being an author myself. Fifteen years ago, author Michael Peterson’s wife’s body was discovered at the bottom of their staircase. The author said that she had slipped and fallen on her own accord, but the local authorities had a different theory in mind. The dark events that followed are unsettling as Michael Peterson faces accusation for the murder of his wife. While it has been pointed out that the series doesn’t present all of the facts, the twists and turns will leave you wondering if you just finished a horror novel. 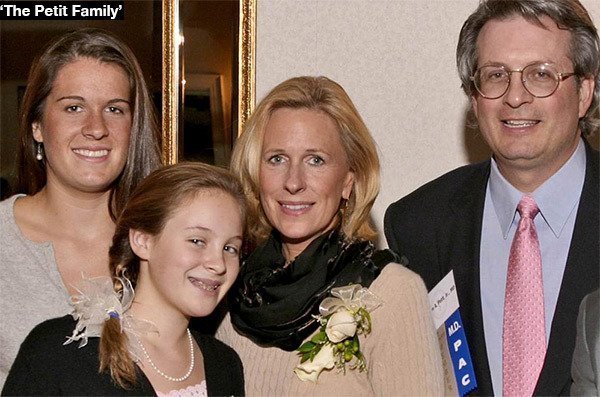 The triple homicide of Jennifer Petit and her two daughters is a tragic, terrifying, and earthshattering story. What really shocked the other residents of the small town they lived in was that the father, William, was the only member of the family that remained alive. You can imagine the trial that ensued for the husband, but the results are nowhere near what you’d expect, leaving you in sure doubt of the criminal justice system as the police learned that many times, they could’ve prevented the murder from ever taking place. How’s that for a shocking documentary?

5. Dear Zachary: A Letter to a Son About His Father 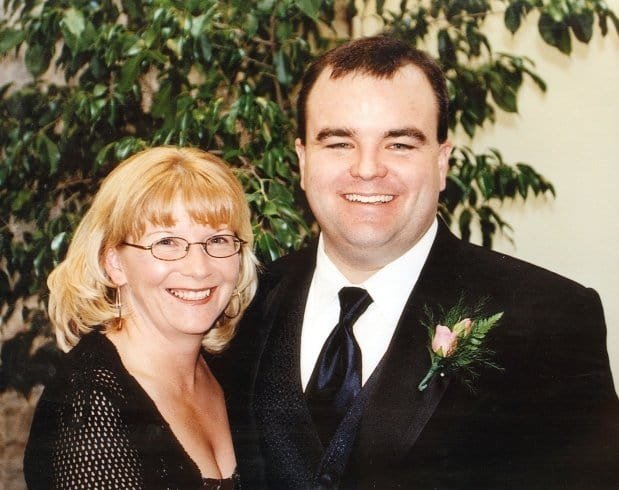 Andrew Bagby’s murder is not a simple tale about a murder crime. It is more about the sinister events that follow something so evil. After Andrew was killed, what followed was a brutal battle for the custody of his son between his parents and his pregnant ex-girlfriend: the suspect of the murder. The title alone suggests that this is a bit of a sob story, as the life of Bagby’s son would forever be changed since he would grow up without a father. However, it’s as much about Zach’s father as it is his mother. 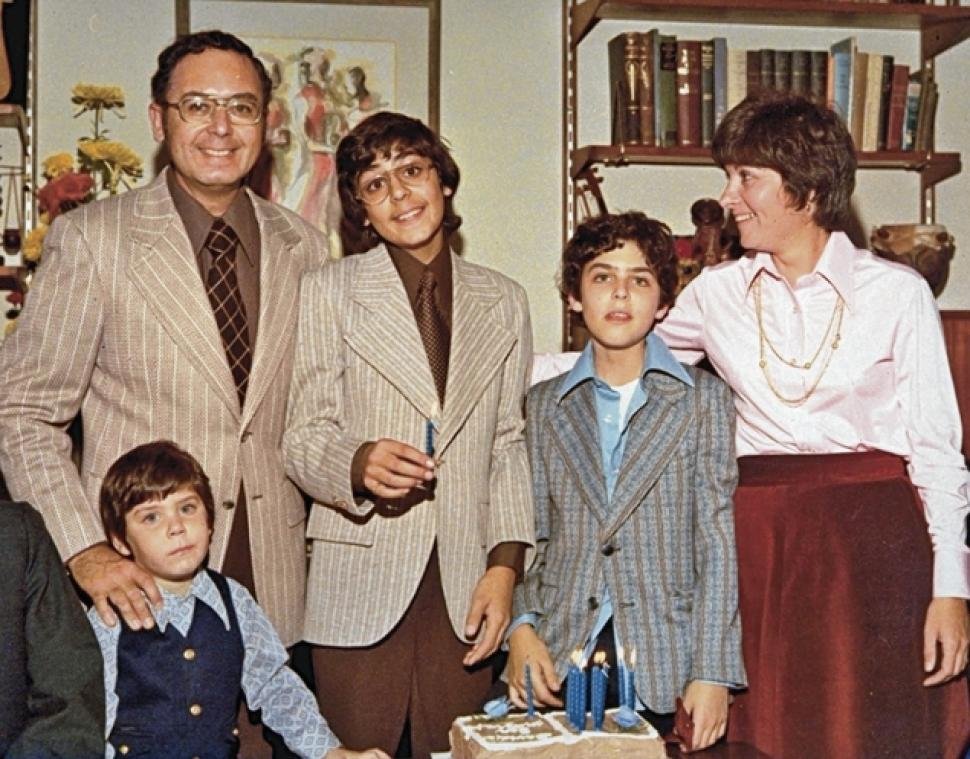 Nothing is what it seems.

The Friedmans were unsuspecting folk. A fairly wealthy Jewish family, there were no surprises or anything unexpected to happen to them. Their worlds were immediately flipped upside down when out of the blue, the father and youngest son were both arrested for unspeakably terrible crimes. What follows is a sting operation by authorities to confirm what they had feared about these men. After the credits roll, you’ll pull up your blanket closer wondering if anybody you know is who they really seem.

7. There’s Something Wrong With Aunt Diane

The horrible car crash back in 2009 still rings in the back of our minds. A mild-mannered mother made a wrong turn in upstate New York and crashed headfirst against an SUV, instantly killing her and seven others as well. “Aunt Diane”, after her death, was pegged as an alcoholic, psychotic individual, but those that knew her said otherwise. Authorities began investigating the case thoroughly to find out if there really was something wrong with Aunt Diane, or if it was all just a freak accident. What sets this story apart is not that the killer is still at large, but of the horrifying legacy some leave behind. 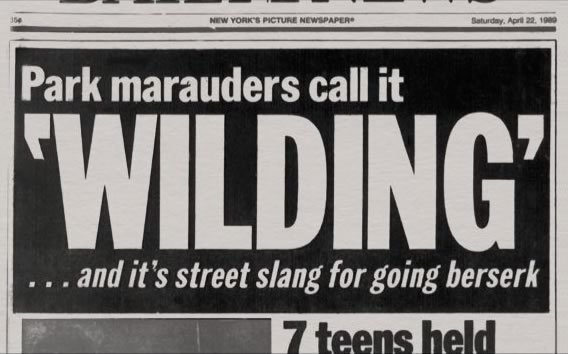 Never has there ever been a more brutal headline.

“‘Wilding’ Teens Held in Rape.” That was the headline spread across newspapers in 1989 New York. Five black and latino teenagers were accused and convicted of raping and assaulting a young, white woman. After much coercion, the men eventually confessed for the murder and were imprisoned for it. Twelve years later, authorities began to reexamine the evidence to find that they incarcerated the wrong people. This documentary looks at racism at its worst, and how fear of different colors motivated a city to convict the innocent. 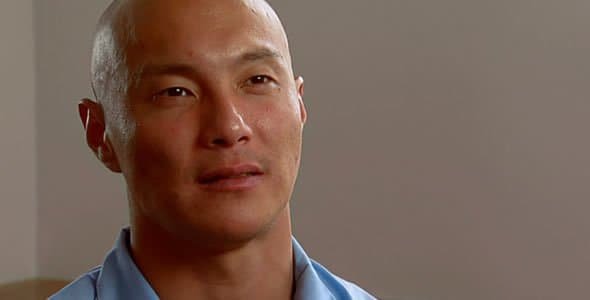 The Suh family was full of composed, intelligent, and sophisticated individuals. How could they ever have committed a crime? When they believe that crime is for the benefit of themselves or humanity, that’s how. “The House of Suh” follows the story of Andrew Suh and how he shot his sister Catherine’s fiance as per her request. The documentary doesn’t spend much time on the murder itself, rather giving an in-depth look at what caused Andrew to really lose it in his mind, and how he could commit actions that would cause him to serve a 100-year sentence in prison. 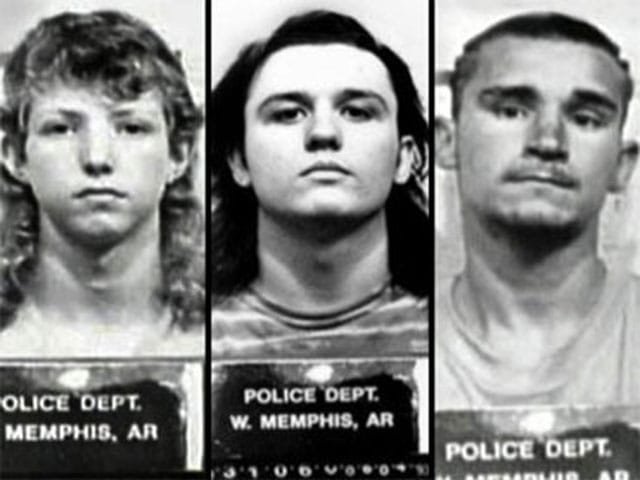 Even their mugshots make them look guilty, but are they?

“Paradise Lost: Child Murders at Robin Hood Hills”, “Paradise Lost 2: Revelations”, and “West of Memphis” all tell the same story, just in different ways. The Memphis Three is what three teenagers were called who were accused of murdering and sexually abusing three eight-year-old boys many years ago.

“Paradise Lost: Child Murders at Robin Hood Hills” takes a look at the case at face value. The authorities we follow question the the families of the victims, the convicts, as well as interviews of the police themselves. What happens is that people try to pinpoint why the crime happened.

“Paradise Lost 2: Revelations” shows what happened after, and that the Memphis Three were actually wrongfully convicted. A campaign begins to exonerate the teenagers of their crimes due to new pieces of evidence rising.

“West of Memphis” provides another like at the events of the first documentary, except with a much different perspective. It takes the time to point out other suspects and hits the audience with the idea that the Three just might have been innocent after all. 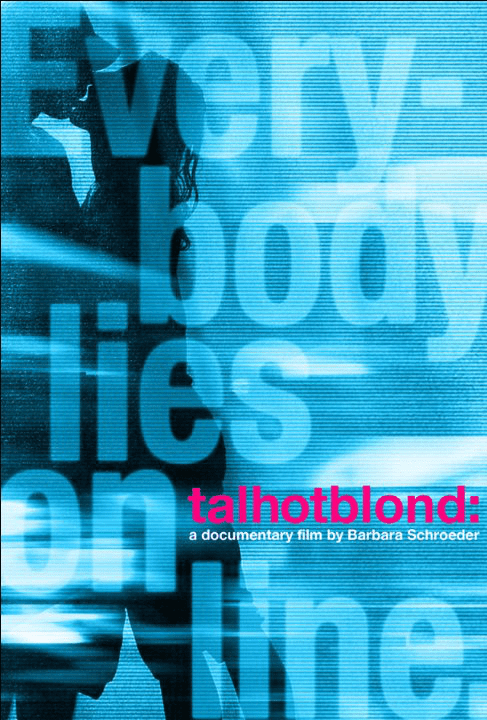 Love is a powerful emotion, and that’s exactly what takes place in 2009’s Talhotblond. Adapting the real-life murder of Brian Barrett proves to be a sickening and brutal story. Married man Thomas Montgomery gets tired of his marriage, and begins an online affair with an 18-year-old blonde beauty (under the name talhotblond). He was so into her that he begun to lie about who he really was, and once she found out, she began another relationship with Montgomery’s co-worker, Brian Barrett. What starts as a petty rivalry over a woman turns into a saddening and grim story of murder. 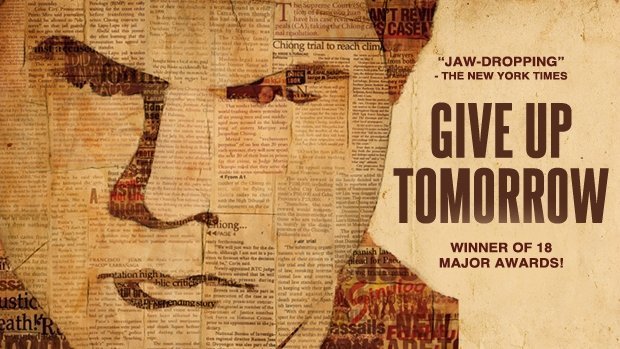 Nearly twenty years ago, two unsuspecting sisters leave for a normal day at work and never arrive home. What happened to them remained up in the air until a suspect popped up: Paco Larranaga, a local student. Give Up Tomorrow provides an insider’s look at the trial and case of the tragic killing of two young women. The media explodes in confusion, toxic police officials rise up at every corner, and the legal system is really put to the test. To drive it all home, the mother of the girls and the mother of the suspect go head to head to try to save or condemn Larranaga himself.

The DC Universe has never run out of great stories to tell be it on the silver screen, on television, or through graphic novels. The multiverse is already very vast.…

Netflix has a lot in store for November to keep you entertained with new seasons of your favorite shows, new movies, series, and more.