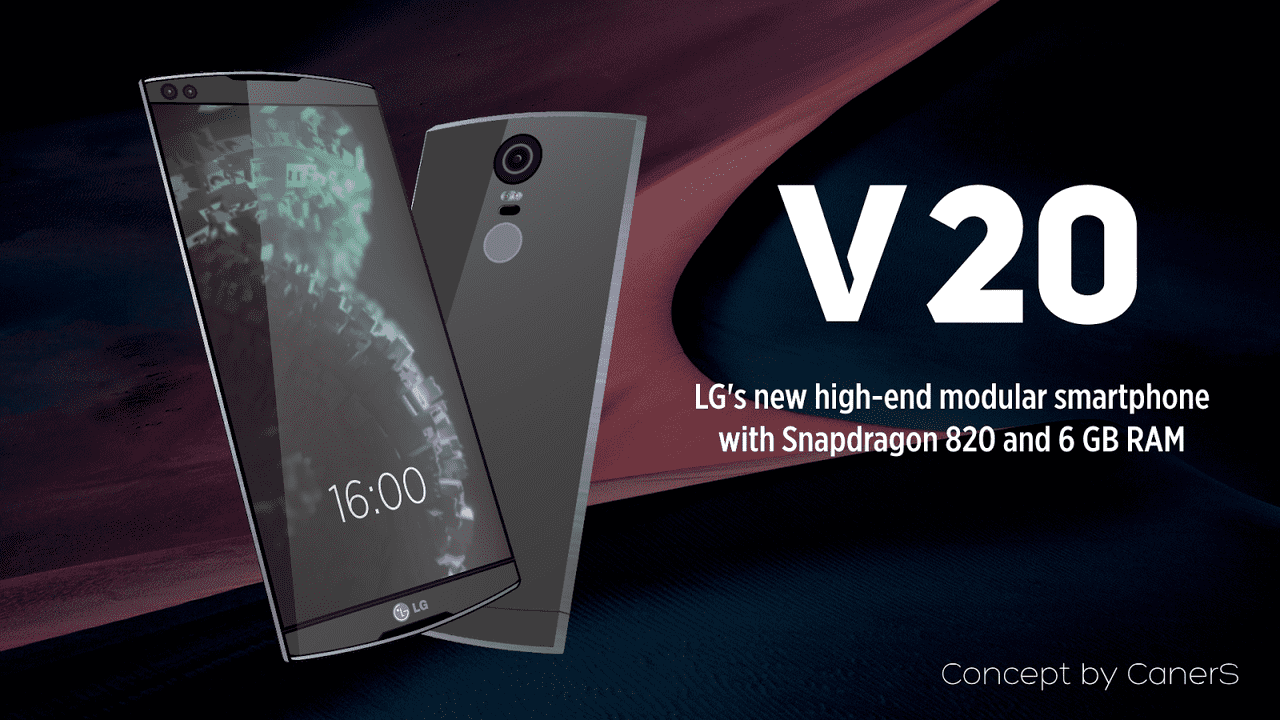 The LG V20 is the successor to last years LG V10, and it will be announced in September this year. Not much has been leaked about this smartphone.

LG launched the V10 last year to much fan fare. It had a second screen just for notifications and shortcuts, a dual camera setup in the front, and high-end internals. The V20, much like its predecessor, will also be a gem of a device for LG.

The company didn’t really do well with their current flagship smartphone, the LG G5. Although it features a world’s first modular design, it didn’t really make an impact. Now, LG wants to get back on the bandwagon with the launch of the V20. Samsung has already launched the Galaxy Note 7 and Apple will be launching the iPhone 7 and 7 Plus some time in September.

There haven’t been any V20 leaks, so we don’t really know what the phone is going to look like. However, Android Authority recently posted renders of the smartphone and it reveals quite a lot about the design. 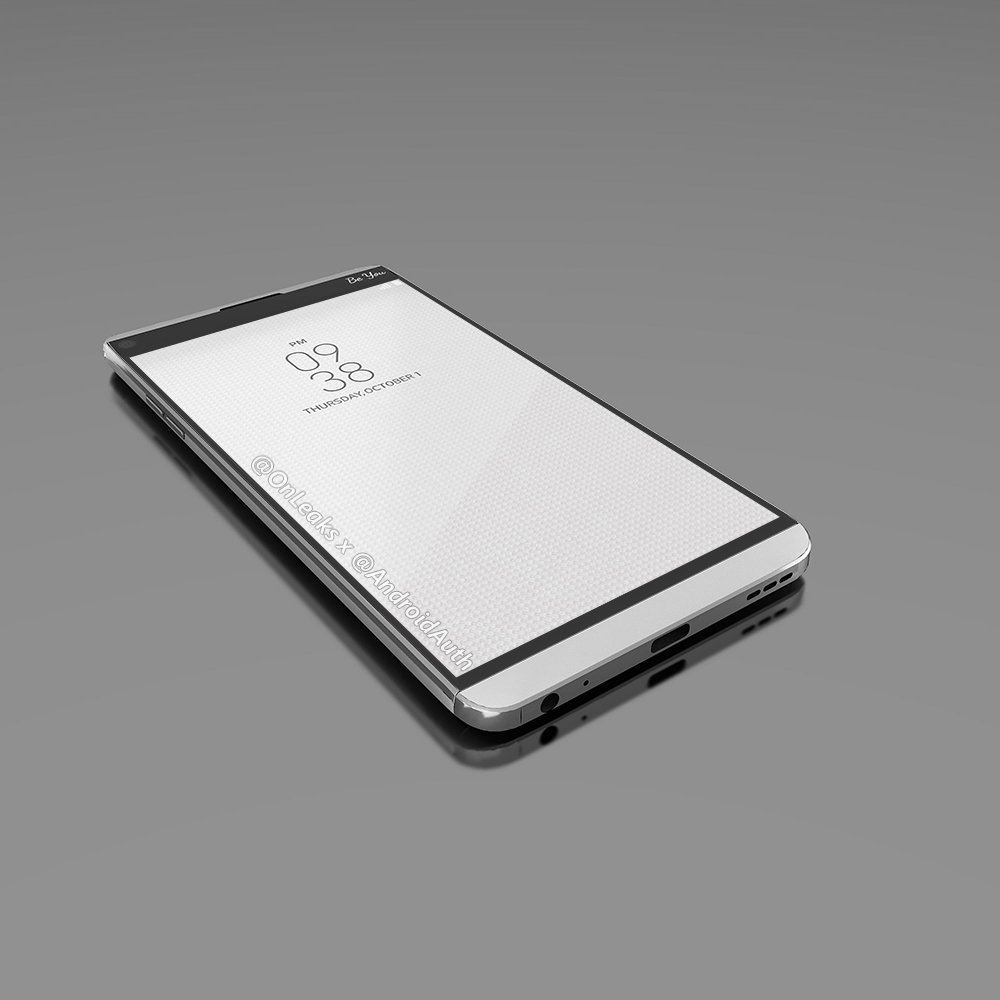 The ticker display is still visible on the front of the display and it looks like the V20 will indeed feature a modular design. Notice the module release button at the bottom, similar to the one on the G5. 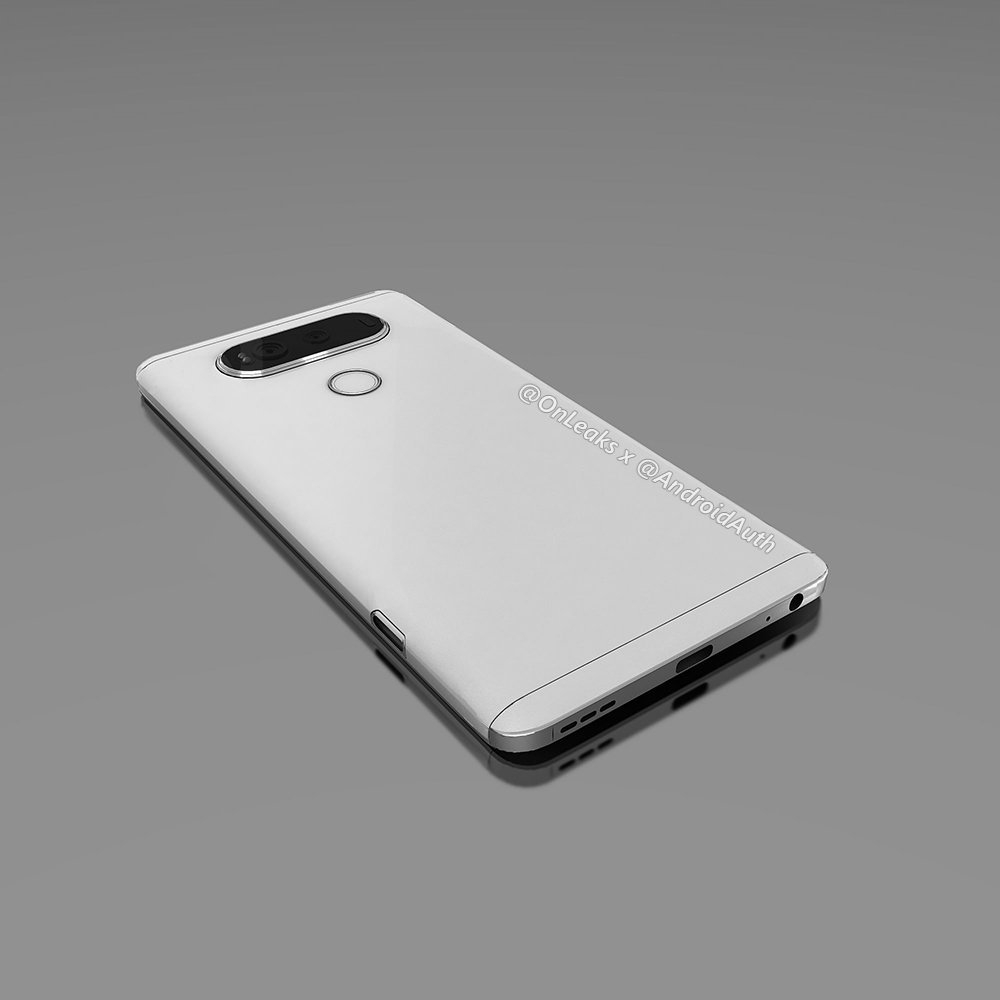 The renders suggest that the V20 will be a little thinner and narrower than the V10. The fingerprint sensor embedded in the power button will remain at the back. The volume buttons are no longer at the back, instead they’ve been moved to the left side.

Case maker Ballistic posted some photos of the V20 wrapped in their Elsa Jewel case. The 3D renders gives us a better idea of what the smartphone will look like. 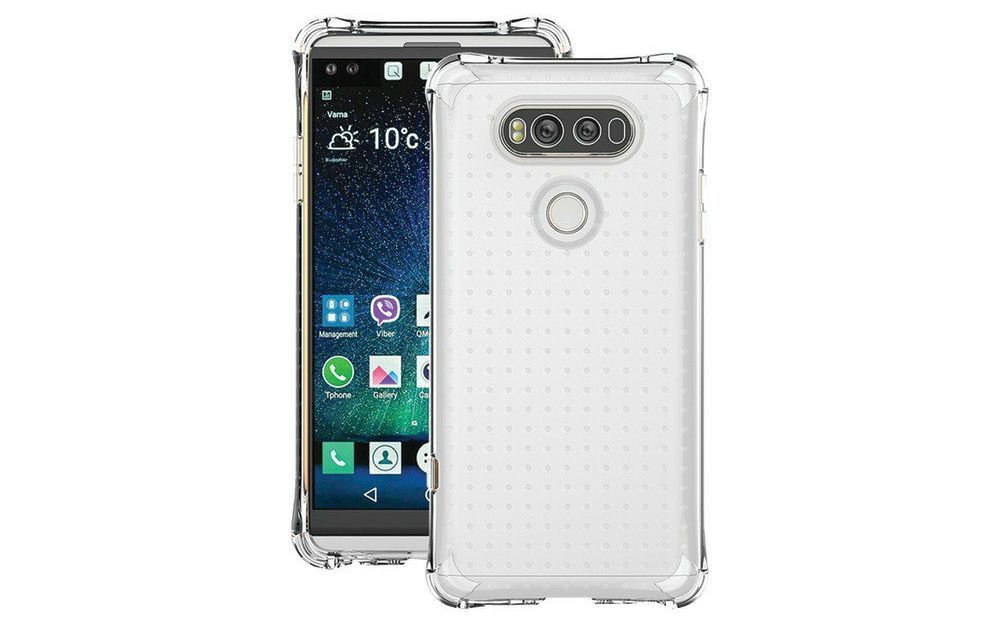 Prominent leaker Evan Blass also posted an image of the front of the image. It confirms a few upcoming features of the LG V20. 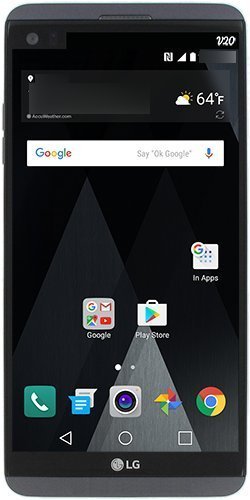 We don’t really know much regarding the specifications of the upcoming V20 smartphone from LG. Yes, it’ll be another flagship and will most likely feature the latest Snapdragon processor, 4GB of RAM, a Quad HD display, dual camera setup, dual selfie camera and more.

The phone will once again feature a second screen, as shown in renders, and also come with an in-built 32-bit DAC. It has also been reported that the V20 will feature LG Friends. This means that this phone would also come with a modular design, allowing you to add or swap hardware.

The LG G5 and Friends didn’t really do very well with the users, so we’re not sure if it’s going to help the upcoming V20.

What we know for sure, is that the LG V20 will be the first smartphone to ship with the latest Android 7.0 Nougat on board. Google has confirmed this as well.

LG has confirmed that the V20 will be announced on September 6 this year. The company sent out invites to the press, confirming the LG V20 release date. 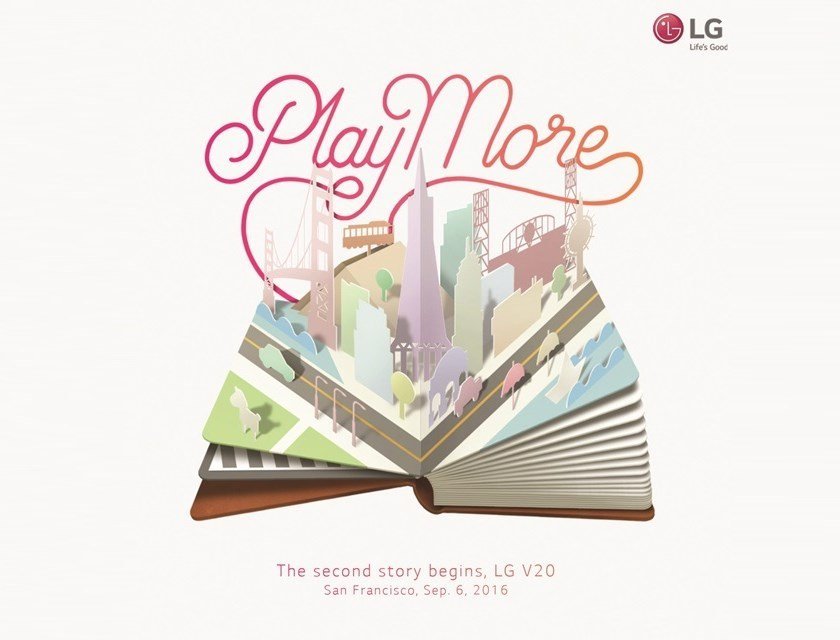 The invite states ‘Play More,’ which could mean that LG and Friends are making a comeback. Whatever it is, we will find out soon enough. The LG V20 event takes place in San Francisco in about a months time.

What do you expect from the LG V20? Will it have similar success like the V10? Or will the modular design kill this as well? We can’t wait to find out what LG has in stores for us.