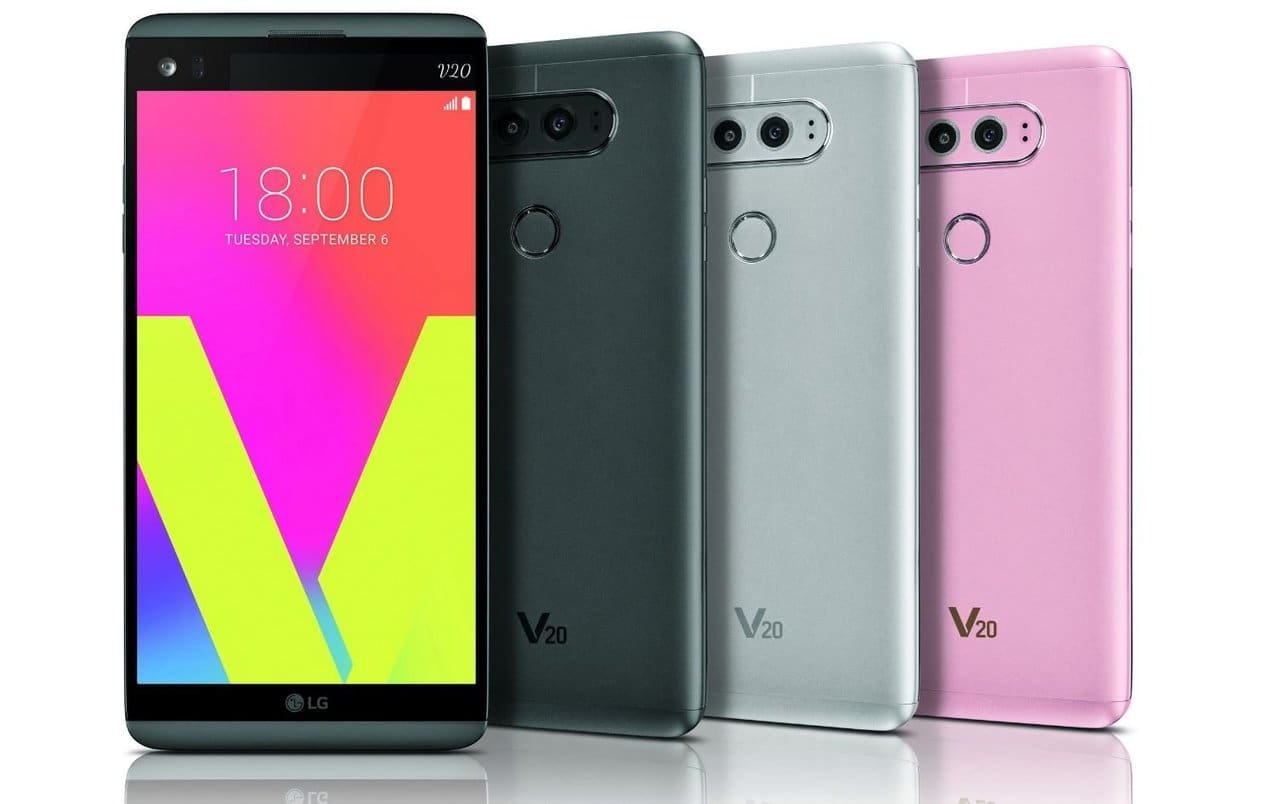 LG V20 Unveiled and Here’s Everything We Know

LG recently announced their new flagship, the LG V20, and it’s everything we thought it would be. It’s got dual cameras, removable battery, and more.

The V20 is the successor to last years V10, but there’s not much in common. The design is new, the hardware is new, and the software is new. However, one thing still remains: the very helpful secondary ‘Ticker display’.

It was rumored that the LG V20 would have a similar modular design like the LG G5. That did not happen, which is probably for the good. The V10 did well for the company, helping to improve its standing in the cellphone and digital device marets, so it’s likely that the new V20 will be another step toward establishing themselves as serious smart device contenders.

One of the main headlining features of the V20 is that it is the first smartphone to be launched with Android 7.0 Nougat on board. Read on to learn all about the newest flagship from LG.

The design of the LG V20 is different from the V10 and the G5. It has got square edges and an all-metal body, except the top and bottom being made of damage-proof plastic. The metal used is of aircraft-grade, which means it also has an MIL-STD 810G rating.

The phone looks and will most likely feel very solid in the hand. The camera protrudes on the back with dual lenses and there’s a fingerprint sensor below the module. There’s a button on the bottom side that can be used to open the battery cover. Yes, you can replace the battery and it has expandable storage via microSD slot.

Overall, the V20 has a more premium design, unlike last years LG V10, which had a more rugged design. The new design also makes the smartphone thinner and lighter than the V10.

You’ll be able to choose the LG V20 in Titanium, Silver, or Pink colors.

Now let’s talk about the hardware and specifications of the new V20. This is a high-end smartphone.

Under the hood, there’s a Quad-core Snapdragon 820 processor along with 4GB of RAM. As for storage, you get a generous 64GB of fast UFS internal storage, and a microSD slot.

The whole smartphone is backed up by a 3,200 mAh battery, which supports Qualcomm Quick Charge 3.0, and can be replaced. Other specifications include; X12 LTE, Wi-Fi, USB Type-C, Bluetooth 4.2 BLE, NFC, a 32 bit Hi-Fi Quad DAC, High AOP Mic, and Hi-Fi Video recording.

The LG V20 uses dual cameras, one being a 16 megapixel sensor, and the other an 8 MP wide-angle sensor.

The rear camera on the LG V20 uses Hybrid Auto Focus for stills and video. According to LG, the images are crisp, wide and sharper. It also features some great video recording tools such as Linear Pulse Code Modulation, Electronic Image stabilization, Low Cut Filter, and more. Basically, the camera can record very good videos when you’re at a concert. 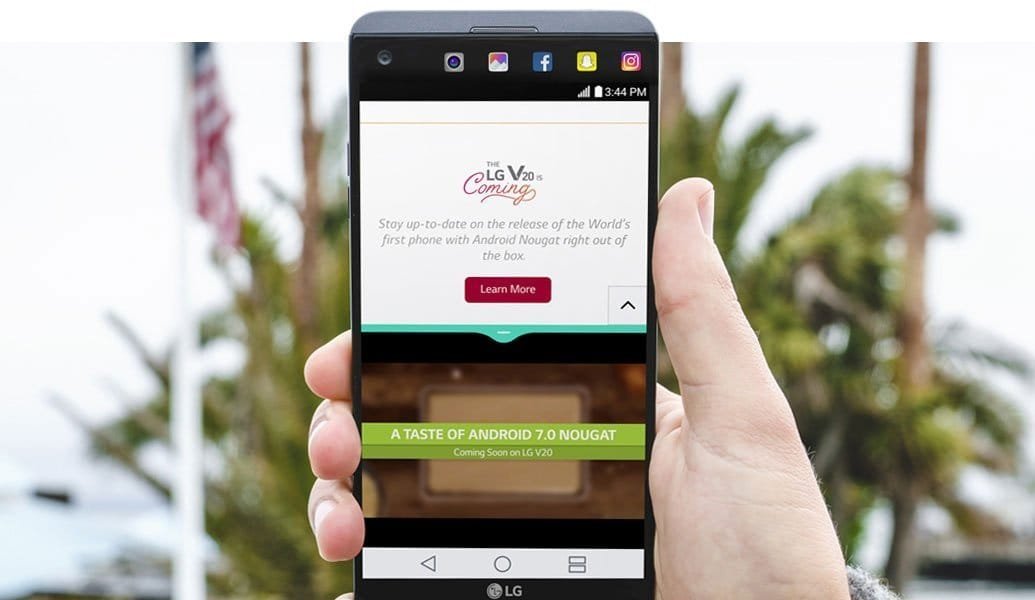 As mentioned in the beginning, the V20 is the first smartphone to come with Android 7.0 Nougat. Even Google hasn’t launched their new devices running the OS yet.

Thanks to Android 7.0, you get access to new features such as faster app switching, better notifications, split-screen mode, improved battery saving Doze mode, new emojis, and a lot more.

A new feature also allows you to search through your apps using the Google App, which is pretty slick. The LG V20 also runs a custom LG UX 5.0+ skin on top of Android.

Unfortunately, LG did not announce the pricing for the new LG V20. However, we know that the smartphone will be first available in South Korea later this month.

Stay tuned to N4BB to learn about the LG V20 price and worldwide availability. Check out more details at LG’s official website.

What do you think of the new LG V20? Will you be getting one?