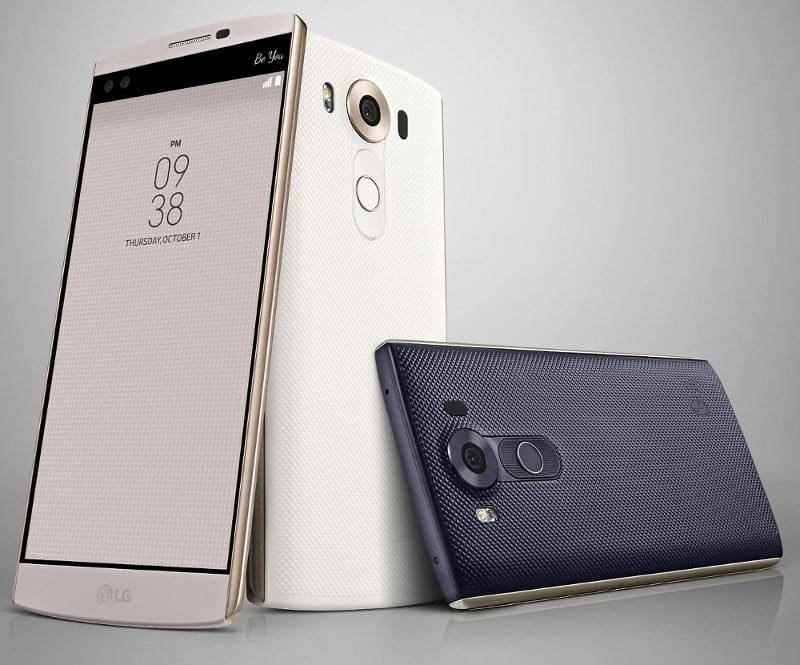 With rivals like Sony, Samsung, and Apple launching top end Android devices, can LG be far behind? The Korean tech giant has prepared the flagship device V10 with distinctive features to take on rivals. The first important device in the company’s V series, the V10 stands out in the crowd of mediocrity owing to its USP- screens and dual cameras.

While dual camera based Android devices are not that uncommon, the LG V10 is the first device to sport two cameras at the front! This will open new opportunities for the selfie lovers beyond a doubt!

The V10 is set to impress

As far as hardware and spec goes, the V10 is not much different from its sibling, the G4. While it is powered by the same hexa-core Qualcomm Snapdragon 808 CPU, the V10 has additional 1 GB RAM. This will give it some edge over the G4 and other Android rivals. The internal 64 GB memory should be good enough for most users and there is an expansion slot too. This is where the V10 races ahead of rivals like Samsung Galaxy S6.

The V10 has a 5.7-inch primary display with a resolution of 2,560 x 1,440-pixels. The secondary screen is 2-inch sporting a 1,040 by 160-pixel resolution. This screen is always active and displays various notifications. The dual 5-megapixel camera setup has impressive specs. They can be used to capture 3D images as well. LG has optimized the imaging app to aid the cameras. The rear camera of the device has a 16 MP lens capable of video recording at 4k UHD.

The V10 also has a set of 3 mics for capturing audio that will increase the voice clarity even at odd angles. The 3000 mAh battery is removable, and the body is shock resistant. It has been tested and obtained the military standard certification for the transit drop test. In order to add an additional layer of protection, the frame is made from stainless steel with silicon bumpers to reduce impact.

V10 is experimental and important

V10 is an experimental smartphone that is setting the groundwork for future smartphones to come. Priced at $600, it is more expensive than the G4 at $480, but has two screens, two front cameras and a 16 MP g4 camera that makes a comeback. It’s a smartphone that is focused at productivity with bumped up specs.

Let us know what you think about the two screens and two selfie cameras in the comments.