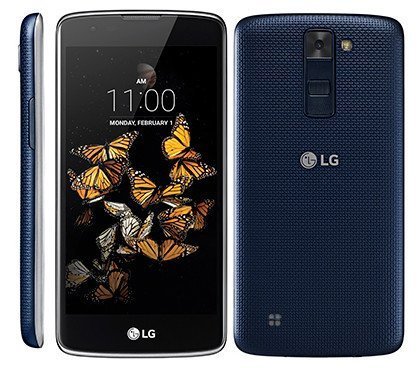 LG has added a new smartphone to their K-series devices, the LG K8, which is another low-end phone with entry level hardware and design.

The company has been on the roll lately. They recently announced the new LG X Cam and X Screen, specialist smartphones. Now, a new K series smartphone has been announced. All of these devices will be launched during MWC next week and visitors can even try them out.

The LG K8 is the latest addition to its K line up of smartphones, that are basically low-end devices for budget consumers. The K8 borrows its design from previous K-series devices. It has a patterned plastic back that includes volume keys and power button. The device is 8.7mm thick and weighs around 157 grams.

Like we said before, this is an entry level smartphone with low-end hardware for the budget minded. Here are the official specifications for this upcoming device.

The LG K8 (K350N) has no release date as of yet and nothing has been said about its pricing. It will be available in two colors, White and Blue. More information on the device will be announced at Mobile World Congress 2016. It should be available in Korea, European countries, India and other select places when launched. LG will most likely also release this budget smartphone in the United States.