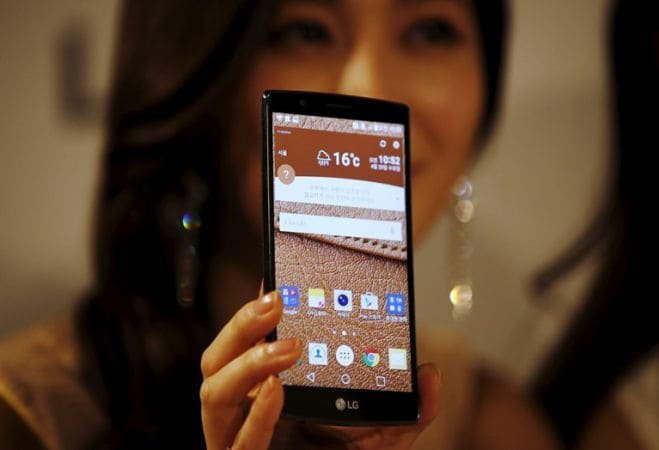 It has been confirmed that the upcoming LG G5 flagship smartphone will indeed feature the Snapdragon 820 SoC. We’ve known about this a while now, but what’s better than an official confirmation.

Qualcomm sent out a tweet confirming that the G5 will use their 820 chipsets.

Update: February 10, 2016: The LG G5 will be announced on February 21, the same day Samsung will take wraps off the Galaxy S7 and S7 Edge. The event will be held in Barcelona, just one day before the start of MWC 2016. LG has also sent out invites to popular media publications and members of the Press.

LG is looking to go head on with the Galaxy S7, by launching the G5 on the same day. Will it work? We’ll find out soon.

LG recently revealed that the G5 will feature an Always On Display, that’ll allow users to have a look at notifications without having to unlock the screen.

It’s similar to Active Display on Motorola, and Ambient Display on Nexus devices. The above image, which was released by LG, also shows an outline of the new G5.

LG’s next flagship smartphone, the LG G5, will reportedly feature some slight design changes, full metal body, Snapdragon 820 SoC, Ticker display and more. In this article, we will have a look at some of the leaked LG G5 specs and release date.

There haven’t been many leaks of rumors about the LG G5, but at last, we have some news about the next flagship from LG.

Reddit user mobile_leaks has revealed a lot of new features that will be included in the LG G5. He has managed to obtain an LG G5 prototype and has leaked the specs and design changes. We do advise you to take this with a grain of salt.

According to the Reddit user, here’s what you can expect from the LG G5:

Now, we’re not sure how accurate these leaks are, but the Reddit user seems certain that this is what the LG G5 will feature.

Another report by VentureBeat, sources familiar with LG’s 2016 line-up, say that the LG G5 will have subtle hints of the LG V10 and some new design features.

The LG G5 will feature a secondary display, Ticker display, as seen on the LG V10. The report also says that the device will have a 5.3 inch Quad HD display, which coincides with the leak from the Reddit user.

According to the source, the LG G5 will feature something known as a Magic Slot, which will allow for Hardware expansion. You could plug in camera modules, keyboards and more. Coming to the battery, the device will feature a 2800 mAh battery, which isn’t much. The LG G4 had a 3000 mAh battery in comparison.

The LG G5 release date is still a mystery, but the company should take the wraps off its latest flagship sometime in the first quarter of 2016.