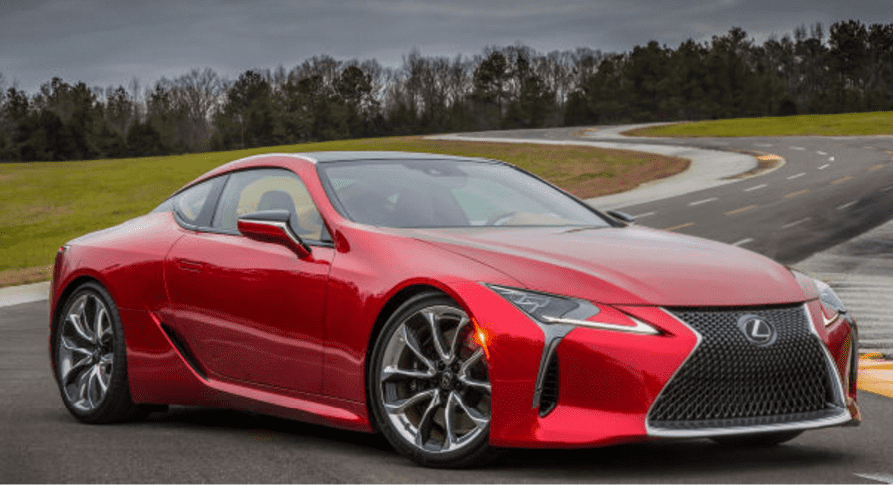 Lexus has taken wraps off the 2017 Lexus LC 500 Sports Coupe at the Detroit Auto Show and it looks mean and gorgeous.

The LC 500 is based on the LF-LC concept that was showcased at the North American International Auto Show, three years ago. It looks very similar in design to the concept car and is a treat to the eyes. The wide-body stance makes the car looks big and powerful, and it is.

A naturally aspirated 5.0 liter V8 powers the LC 500, producing 467 HP and 389 lb-ft of torque. Yes, the torque figures aren’t that great, especially for a high-quality V8 engine that revs up to 7,300 RPM. The engine is mated to a 10-speed automatic dual-clutch transmission. Thanks to all that, it can do 0-60 mph in under 4.5 seconds.

The car will probably handle as good as it looks, thanks to the front-engined rear-wheel drive layout. It uses carbon fiber on the door and comes with an option carbon fiber roof, to keep the car light yet strong.

The Lexus LC 500 has been given a Spring 2017 release date and will cost below $100,000 in the United States. Of course, with optional extras, it will cost more, but that’s still cheaper than the competition. 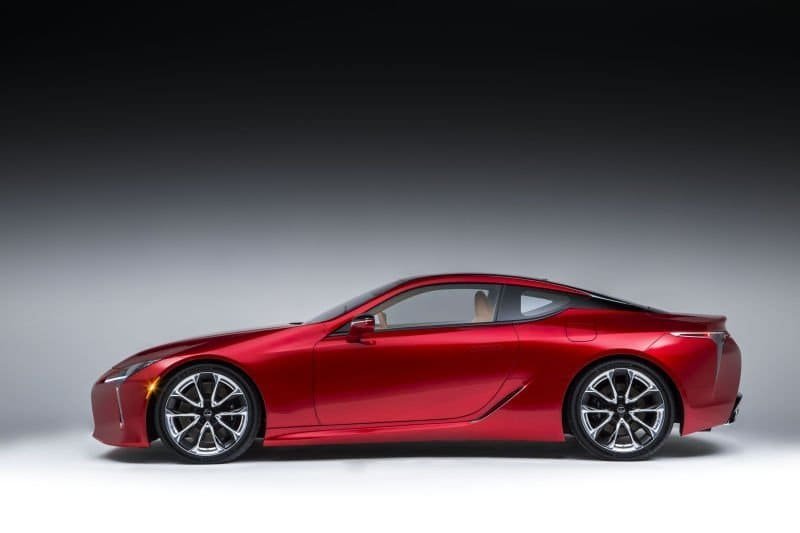 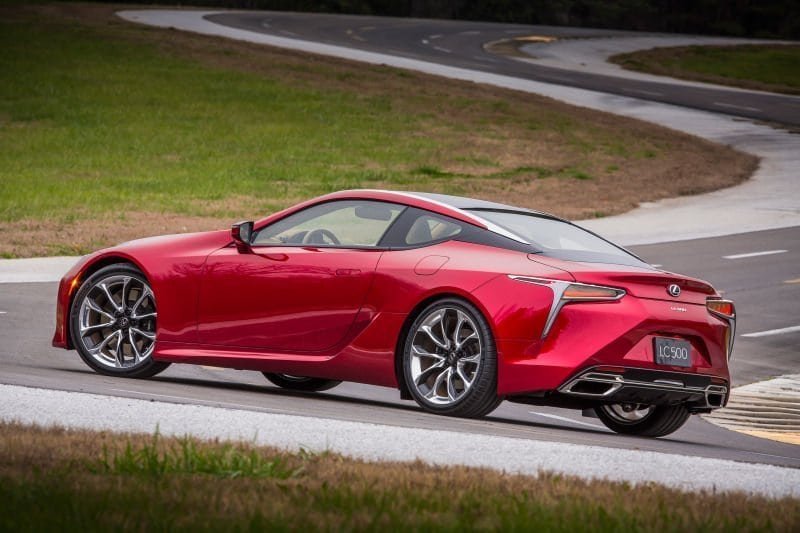 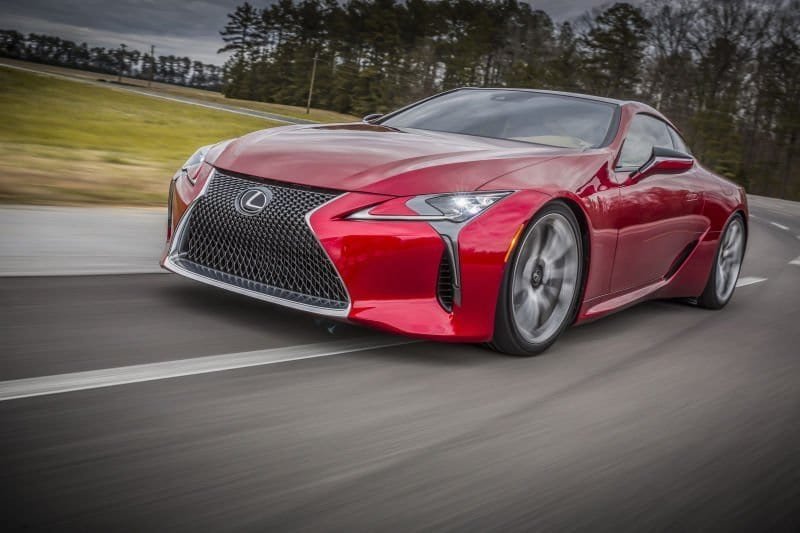 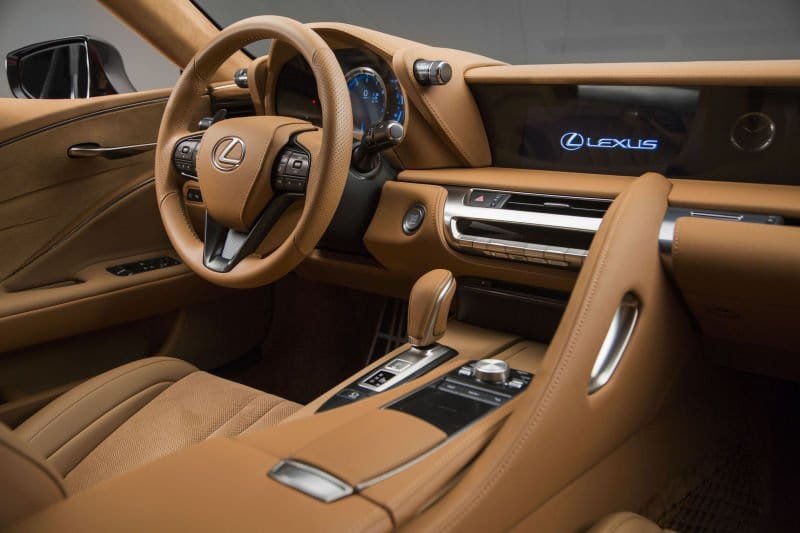 Autoblog took the upcoming 2017 Lexus LC 500 for a first drive and they say it’s a new beginning for the company. There were three test drives, given to several auto journalists, which kicked off in the car park of the Rose Bowl Stadium in Pasadena, CA.

The second test took place in Mount Wilson in the Saint Gabriel Mountains behind LA and the last one happened at the Willow Springs International Raceway.

Akio Toyoda, the CEO of Lexus had received feedback from customers saying that the car company has become dull and boring.

“I TOOK THEM TO HEART AND I’M ENSURING THAT THE WORD ‘BORING’ AND ‘LEXUS’ WILL NEVER OCCUPY THE SAME SENTENCE EVER AGAIN.”

The prototype which was provided for testing will undergo a lot of changes before it goes into production next year.

After the LC 500 first drive by Autoblog, they came to a conclusion that the car is good, but had its flaws. It handled well on the track, but not as well as the provided Porsche 911. The V8 engine on the car sounded great, although the 10-speed auto transmission wasn’t very clean. You can read the complete review over here.