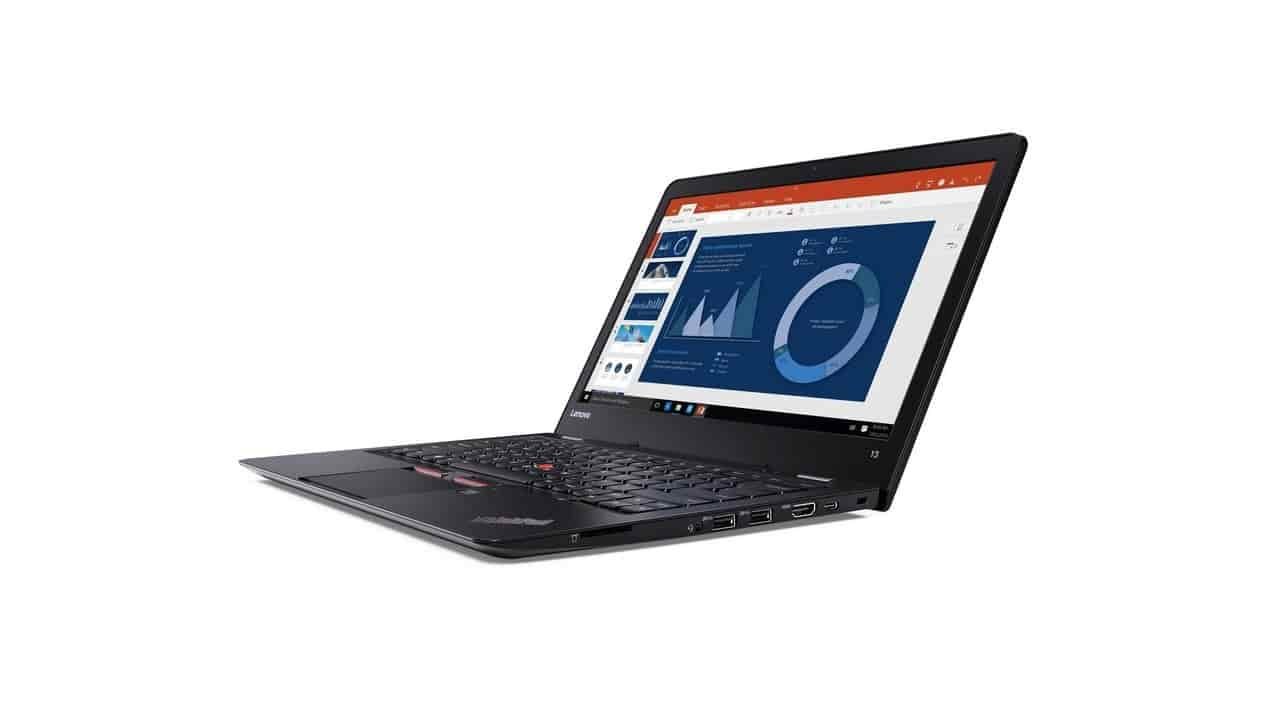 The Lenovo ThinkPad 13 is the latest Chromebook from the company that can also run the latest Windows 10.

There aren’t a lot of Chromebooks out there that can also run Windows, so this is quite unique. It’s got decent specs and is built to military specs, which means it can take a beating. It also supports Chrome for Business.

The most basic ThinkPad 13 features an Intel Celeron processor with up to 8GB of RAM and 32GB storage. It has a 13 inch 1080p display and you update to i5 or i3 processors.

In the ports department, the chromebook gets 1 USB port, 2 USB Type-C ports and a 42Wh battery that is said to give around 10 hours of usage.

There’s also a Windows 10 running version of the ThinkPad 13 that features 16GB RAM and 512GB of storage. You also get 3 USB ports, 1 USB Type-C port, 1 HDMI port and the TrackPoint button.

Lenovo has also announced several new notebooks and all-in-one computers. You can check out all the new products here.

The base model of the ThinkPad 13 will cost you $399 with Chrome OS. If you want the Windows 10 version with all the beefed up specs, then you’ll have to shell out $449.

The Lenovo ThinkPad 13 will be available in the second quarter of 2016.