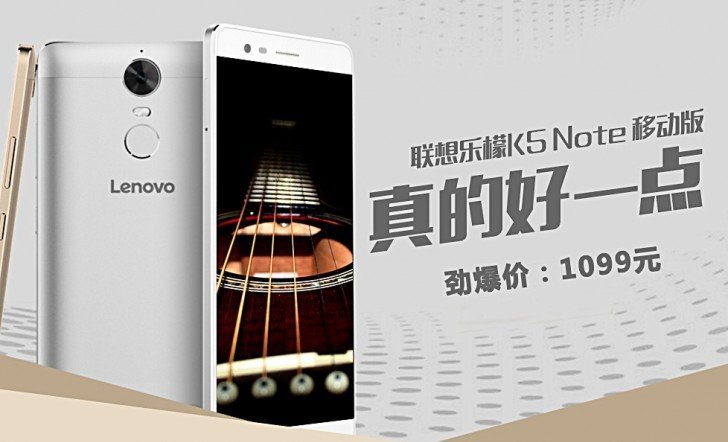 If you’re in the market for a new phablet device, then you should have a look at the brand new Lenovo K5 Note.

It was just unveiled today, a mere 20 days after Lenovo took wraps off the K4 Note in India.

The K5 Note is an entry level smartphone with a large screen, decent hardware and good battery life. It has an all-metal body and is 8.49mm thick. The device has a fingerprint sensor at the back, which can also be used as the camera shutter and to make payments.

There’s support for dual-SIM, 4G LTE, and VoLTE, which is suitable for international markets. However, the phone is currently only available in China, but it should be available in other markets soon. Here are some other K5 Note specifications.

That’s all the specifications, and as you can see, they are better than the K4 Note. Weirdly, though, the RAM on the K5 Note is only 2GB, whereas the K4 Note had 3GB of RAM.

This affordable smartphone has a rectangular design, slightly different from its predecessor. Although, the main new design aspect is the all metal body, which gives the phone a premium look. It will also be updated to Android 6.0 Marshmallow soon.

The Lenovo K5 Note is available in two color options, gold and silver. The smartphone will be available in China at first and you can already pre-order one right now. Wondering about the K5 Note price? Well, it costs RMB 1,099 in China, which equates to around $167. A flash sale will be held later this week, where you can purchase the device.